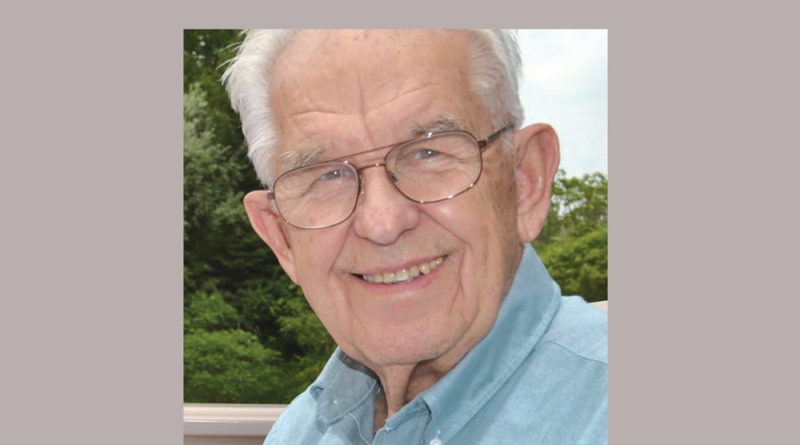 Harvey Klann, who developed radio station WHAK-AM with his brother, Albert, in the late 1940s, is being remembered for his extensive knowledge of the medium and strong Christian beliefs that had an influence on so many in his life. He passed away Saturday at the age of 97. 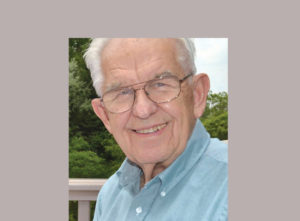 “His passing is a great loss,” said former WHAK employee Tom Tolen. “I always had nothing but the highest regard for Harvey. It’s one thing to proclaim yourself a Christian, but he truly lived a Christian life, always being kind, never drinking alcohol and emphasizing the positive aspects of life.”

“Harvey Klann was the most amazing person I’ve ever known,” said fellow WHAK-AM alumni Ken Schwall. “He had a bigger impact on my life than anyone I can think of…both professionally and personally. He was the most honest person I’ve ever met. And while he’d argue the point with you, I think he was brilliant.”

Harvey Klann helped start WHSB-FM, now known as 107.7 the Bay, and after selling the stations continued to provide his expertise to keep them on the air.

“Harvey was a big part of my radio life,” said Darrel Kelly, longtime 107.7 morning man who is now the general manager of True North Radio. “He and Jerry Winder, the station manager of WHSB hired me part time for weekends in December of 1977.  Within a few months I was given a full-time job.”

Over the years, Kelly always asked Harvey Klann about the technical aspects of radio broadcasting.

“I have never met someone with so much knowledge about radio, and for that matter, how to live your life,” said Kelly. “There wasn’t a single thing that he couldn’t do in my mind. I will always cherish our conversations. True North Radio Network would not exist today without the help and guidance of Harvey Klann.” That included the development of WHAK-FM, known as 99.9 The Wave in the 1990s.

Tolen remembers a time when Harvey Klann, the owner of the station at the time, gave him a second chance after an on-air mishap that almost cost him his job.

The AM station was airing Sunday morning religious programming that came in the form of a record.

“Being hungry and not having taken a sack lunch, I decided to go down the hill to Moltke’s Radio Tavern to get a snack and take it back to the station,” recalls Tolen. “It was nice weather so I decided to walk.”

Upon returning to the station, to his dismay, he learned that the needle had stuck and was repeating and repeating the same phrase.

“The phone was ringing off the hook with irate callers,” said Tolen when he got back. “So, I reset the needle on the tone arm and the program resumed, albeit a little behind schedule. In addition to the programming miscue, we were breaking FCC rules, since Federal Communications Commission licensing requirements stated that a licensed operator must be at the station at all times the station is on the air.”

The next day, the program director was set to fire Tolen, but Harvey Klann said “ ‘It’s just one mistake, let’s give Tom a second chance,’ or words to that effect. Without his confidence in me, my stay at WHAK would have been a short one.”

Tolen also said Harvey played Santa Claus every year on the “Letters to Santa” program that aired weekdays during the Christmas season.

“He had a great ‘Ho-ho-ho’ that sounded better than any Santa impersonation I’ve ever heard!” Tolen added.

Tolen and Harvey Klann went to many high school basketball games together where he would set up the equipment “and I would broadcast the play-by-play of the games on sister station WHSB-FM.”

Tolen worked for Klann for seven years on WHAK-AM and 14 on WHSB.

“During that time I never heard a swear word come out of his mouth,” Tolen continued. “He had nerves of steel, too, climbing up those radio towers (both at Radio Hill in Moltke and Manning Hill in Lachine, where WHSB’’s tower is situated), and going into the transmitter room at WHAK during thunderstorms when those huge broadcast tubes were arcing and it looked like he might be electrocuted at any moment.

“Fortunately, he never was, although I’m sure he got shocked a few times – if not in the transmitter room, then working on one of the control boards with wires everywhere.”

Tolen’s oldest son, Chris, was a disc jockey at both WHAK-AM and WHSB during some of the later years and had great admiration for Harvey Klann as well.

“Chris said they had many heart-to-heart conversations and Harvey was a great mentor to him,” said Tolen. “Harvey encouraged Chris to complete his college studies and get his degree, and I

’m sure that is one of the reasons why Chris is a high school teacher and adjunct college professor today.”

Tolen is now working part time as a reporter/anchor at WHMI-FM in Howell.

He was well-known by makers of broadcast equipment. They often sought his input on new products, added Schwall.

“But to me, Harvey is best remembered as a strong Christian…in the best sense of the word,” said Schwall. “He loved God and never missed a chance to share his faith with others. My life was changed because of it and so were the lives of countless others over the years. What a guy!”