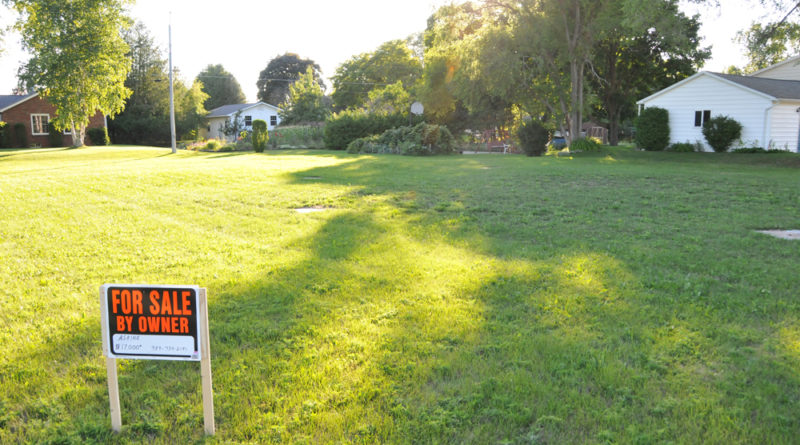 Rogers City residents will decide in November whether or not to sell four city-owned lots. Members of the Rogers City Council came together early Tuesday morning for a special session to ensure the ballot language is ready in time for the general election.

There are four pieces of property that have been discussed at recent meetings and a workshop.

According to city attorney Mike Vogler, each property will have its own ballot question. The resolutions needed to be adopted by Tuesday and each one was approved.

The first lot is located at the southeast intersection of North First and Michigan.

The second is at Cedar Street, east of Balsam Street and west of Evergreen Street.

The final property is the West Third Street property, located north of the intersection between West Third and Oak streets.

“We reviewed all properties the city owns, determining that a number of properties, for various reasons, should not be sold. Those that are needed for easement; for infrastructure; or that they are potential properties for future wells,” said mayor Scott McLennan. “These are the properties the city no longer needs to hold on to. It would be better to get them back on the tax rolls.”

In other related city property news, the sale of the former water tower lot along Doris Lane, that voters already gave the city permission to sell, is moving forward.

It is zoned R-2, that requires at least 50 feet of road frontage and at least 7,500 of parcel square footage to build a home.

Based on those requirements, the parcel could be divided into two parcels, sold to two parties, with two homes being built, said city manager Joe Hefele.

“There is sewer main along the west end of the property, so we would want to maintain a 20-foot utility easement along the entire western edge,” stated Hefele in his report to council. “Also, neighbors have historically accessed their backyards along this western edge, and have asked to be able to continue to do so upon sale of the property by the city. I am not sure how this can be legally accomplished and have placed a call to the city attorney to discuss.

iece. Council agreed and decided to have the asking price at $17,000, especially since it is a double lot and that it is close to schools.

“It will be sold as is,” said McLennan. “It will be advertised in the Advance and there will be a sign put up. Bids to be received within 10 days.”

“We have one that is chomping at the bit,” said Hefele.

The final decision to sell the property would be left in the hands of council.