Gerald “Jerry” “Mac” Edward MacFalda, 80, of Saline died peacefully at home Sunday, August 2, 2020.  He was born May 4, 1940 in Posen to the late Edward Andrew and Rose Mabel (Szczerowski) MacFalda and raised in nearby Rogers City. 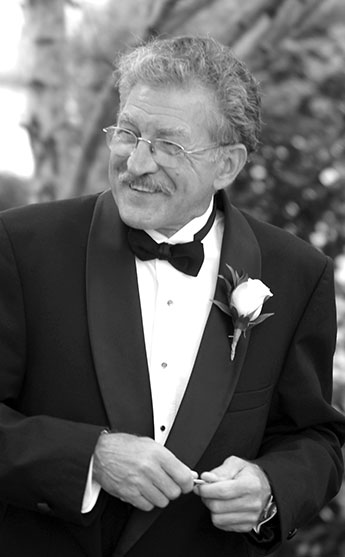 He attended St. Ignatius Catholic Grade School and graduated from Rogers City High School. He volunteered for the U.S. Army and served three years in Germany during the Cold War. Upon his return to Michigan, he worked various jobs– as a deckhand on the Great Lakes’ ships, in a drop forge factory, as a sheet metal apprentice, as a barkeeper—while he was earning his bachelor’s degree. He graduated from Central Michigan University in 1967.

On August 9, 1969, he married Janet Louise Malone at St. Thomas Catholic Church in Saginaw. After he earned his Master of Arts from Eastern Michigan University, he began his teaching career at Wayne-Westland Community Schools.  During their 51 years of marriage, Mac and Janet enjoyed their cottage on Hammond Bay, sailing on lakes Erie and Huron, woodworking, crossword puzzles, reading and raising their children.  He was a parishioner at St. Andrew Catholic Church in Saline.

Jerry is survived by his wife, Janet; their children, Anne (Ken) Mleczek of Rochester Hill, Elaine Sines of Tecumseh and P

He is also survived by his siblings Doris “Meme” Roeske, John (Pam) MacFalda and Joan (Owen) Karsten; and 13 nieces and nephews.

He was preceded in death by his parents; his sister Anne Smith; brothers-in-law Daryel Smith and Ernest Roeske; nephew, Duane Smith; father and mother-in-law, John and Peggy Malone; and numerous aunts, uncles and cousins.