Donald “Don” Jay Wiltshire, the son of David and Mary (Bannatyne) Wiltshire, was born February 3, 1927 in the home in Onaway where he lived all his life and where he died Monday September 7, 2020 at the age of 93. Don graduated from Onaway High School in 1945 and served in the U.S. Army in 1955.  He married Maxine Lanford Kooman in 1960 who preceded him in death in 1962.  Blessed with 50 years of marriage at the time of her death in 2015, Don married Adeline Rieger Heller October 31, 1965 in Fowlerville. 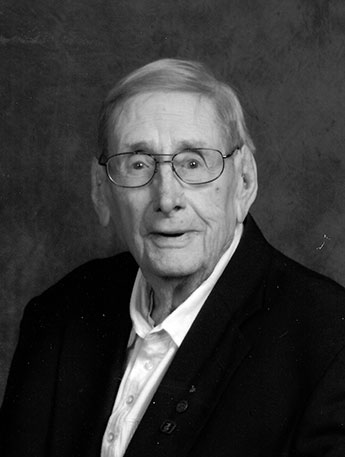 Appointed by President Lyndon B. Johnson, Don was Onaway’s longest-serving postmaster with 24 years in that capacity and a total of 47 years of service with the post office.  After retiring in 1990, Don continued to work 13 more years as a “temp,” filling in for letter carriers and clerks when needed and was just a phone call away when someone had a question no one else could answer. Being born and raised on the farm, Don continued farming in addition to working for the post office for all those years.  He was a lifetime member of the Masonic Lodge and Order of Eastern Star, as well as a member of the Onaway George C. Garms Veterans of Foreign Wars (VFW) Post 5857 Honor Guard. Devoted to his Methodist faith, Don was a longtime member of the Onaway United Methodist Church.

Don enjoyed working on the farm, woodworking and loved watching the Detroit Tigers. He had an incredible memory for names and dates and with his sharp mind could recall stories, events, and people from his youth. He was a wealth information about the history of Onaway and times gone by.  He also had a sharp mind for numbers, taking pride in the fact his books always balanced. Don seemed to know everyone in town and was quick with a smile and a friendly greeting. He loved to visit with old friends and new, and reminisce about the good old days.

great-grandchildren. Don was preceded in death by his wives, Maxine and Adeline; halfbrother, Marshall Wiltshire; and halfsisters, Charlotte Webster and Joyce Shumaker.

Visitation was Thursday, September 10, at the Chagnon Funeral Home followed by a funeral service Friday at the Onaway United Methodist Church.

Those planning an expression of sympathy please consider a donation in memory of Donald Wiltshire to Onaway George C. Garms VFW Post 5857.