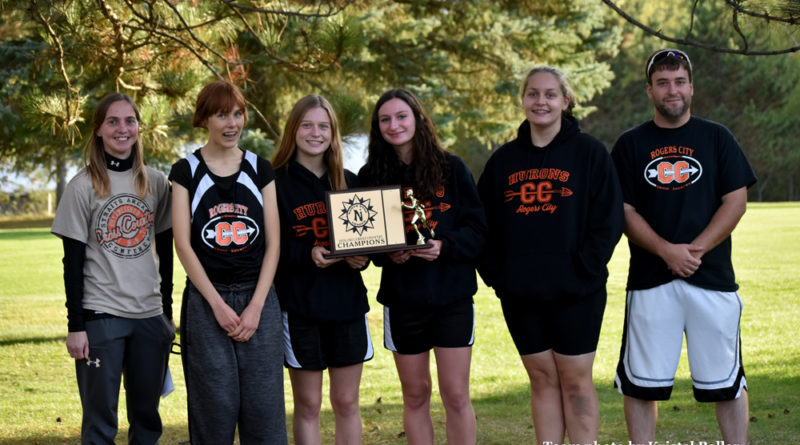 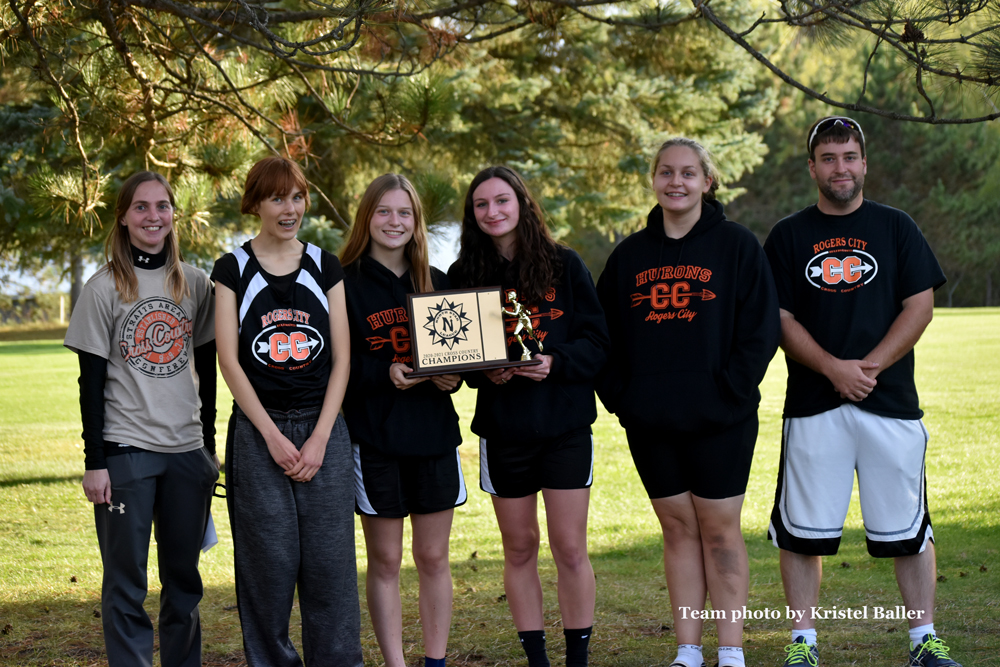 Two teams came away from Tuesday’s meet in Fairview as North Star League champions. The girls’ varsity and the girls middle school teams both finished on top of the pack for the league. In addition, all high school girls and all high school boys finished with all conference honors.

“Our Huron runners ran very well today. I am proud of all of them for their hard work and dedication in practice and in meets. The team titles and all conference honors for most of our runners is a reflection of that. We will continue to work hard and improve,” said coach Derek McLennan.

The Rogers City’s cross-country teams ran at the Leroy Maxie Invitational Saturday at the Oscoda County Fairgrounds. The 3-mile course looped three times around trails and two livestock barns in the vacant fairgrounds area. A brutal uphill climb on a sandy trail proved a challenge for the runners midway through the course.

Baller, a three-time state qualifier, placed second in the event with a time of 21:06. She held off a charge by Olivia Gust (21:10) of North Trails and Kayla Switzer (21:13) to take the runner-up spot.

Hansen, a senior who qualified for the state meet last season, placed 10th at 21:42, just 11 seconds behind fifth place in a crowded finish.

Bober came in a few steps behind with her 12th-place finish at 21:55, five seconds out of 11th place and seven seconds ahead of 13th-place.

Jessie Ross, a freshman from Fairview High School, won her fourth race of the season in a time of 19:47.

“The course was a little hilly and did have some areas with some loose sand, which made it a little more difficult to run on but most all of our Huron runners ran their best times of the season so far so we are very happy about that,” said coach McLennan.