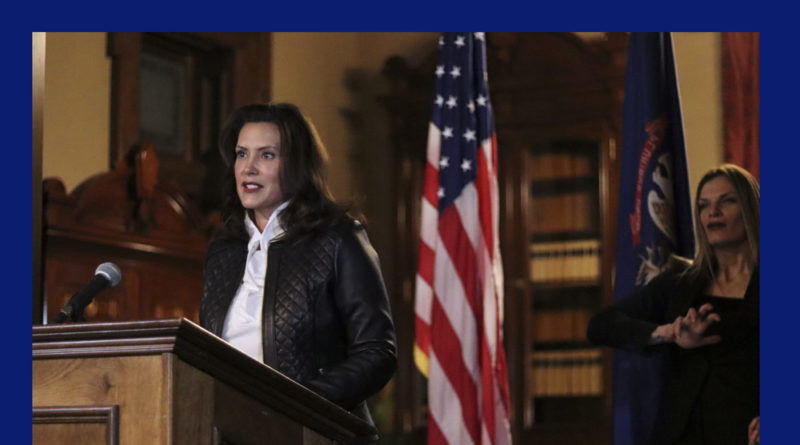 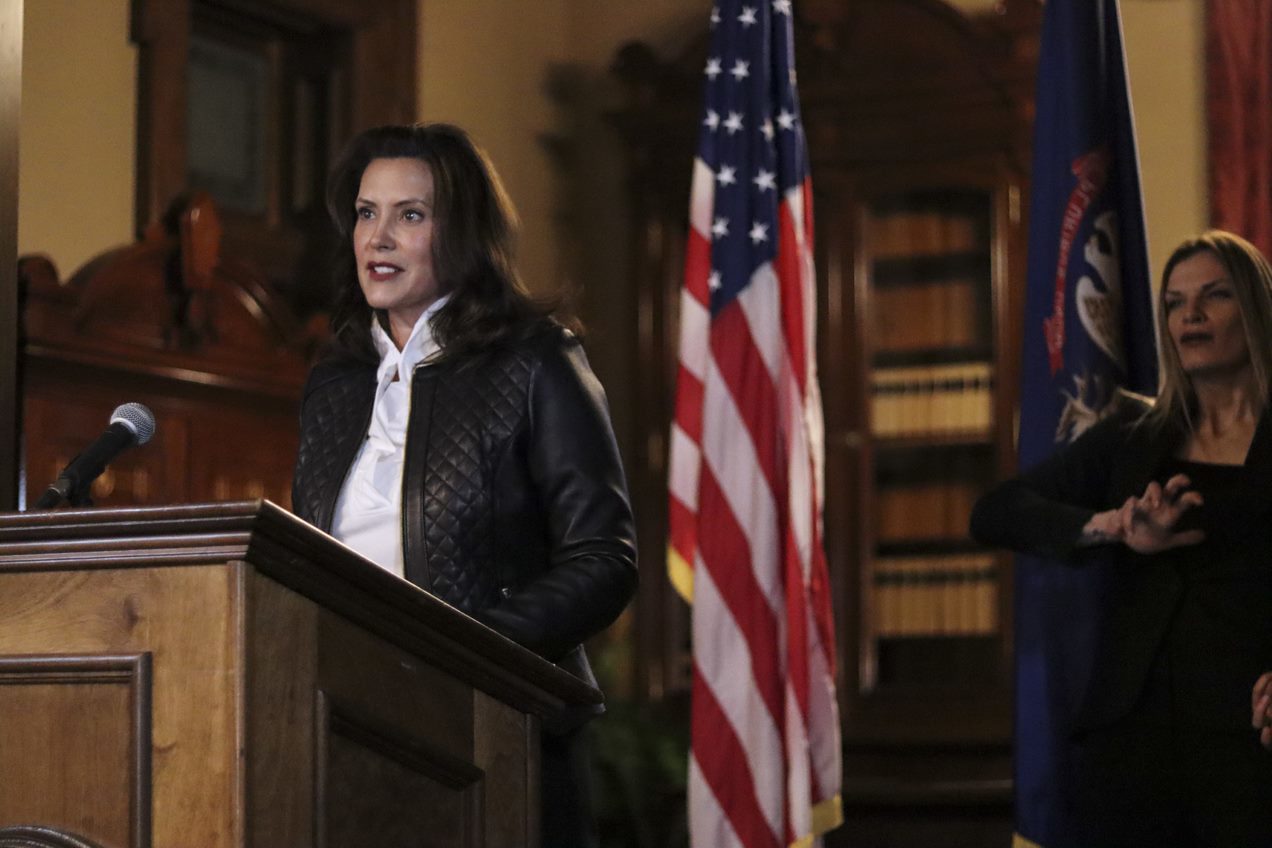 Good afternoon. Earlier today, Attorney General Dana Nessel was joined by officials from the Department of Justice and the FBI to announce state and federal charges against 13 members of two militia groups who were preparing to kidnap and possibly kill me.

When I put my hand on the Bible and took the oath of office 22 months ago, I knew this job would be hard, but I’ll be honest – I never could’ve imagined anything like this.

I want to start by saying thank you to law enforcement. Thank you to the fearless FBI agents. And thank you to the brave Michigan State Police troopers who participated in this operation – acting under the leadership of Col. Joe Gasper.

I also want to thank Attorney General Nessel and US Attorneys Birge and Schneider and their teams for pursuing criminal charges that hopefully will lead to convictions, bringing these sick and depraved men to justice.

As a mom with two teenage daughters and three stepsons, my husband and I are eternally grateful to everyone who put themselves in harm’s way to keep our family safe.

2020 has been a hard year for all of us. Hard for our doctors and nurses. Truck drivers and grocery store workers. It’s been hard for teachers and students and parents. Hard for those who have had to stay isolated to stay safe. And it’s not over yet.

But here’s what I know: we are Michiganders. We have grit. We have heart. And we are tough as hell.

We made it through the Great Recession.

We made it through auto bankruptcies.

We made it through floods and polar vortexes.

But none of us has faced a challenge like COVID-19. Not in our lifetimes.

I’ve said it many times – we are not one another’s enemy. This virus is our enemy. And this enemy is relentless. It doesn’t care if you’re a Republican or a Democrat. Young or old. Rich or poor.

It doesn’t care if we’re tired of it.

It threatens us all – – our lives, our families, our jobs, our businesses, our economy. It preys on our elderly and medically vulnerable residents. And it has exposed deep inequities in our society.

This should be a moment for national unity. Where we all pull together as Americans to meet this challenge head-on – with the same might and muscle that put a man on the moon. Seeing the humanity in one another and doing our part to help our country get through this.

Instead – our head of state has spent the past seven months denying science. Ignoring his own health experts. Stoking distrust and fomenting anger. And giving comfort to those who spread fear and hatred and division.

Just last week, the President of the United States stood before the American people and refused to condemn white supremacists and hate groups – like these two Michigan militia groups.

“Stand back, and stand by,” he said to them.

“Stand back, and stand by.”

Hate groups heard the president’s words not as a rebuke, but as a rallying cry. As a call to action.

When our leaders speak, their words matter. They carry weight.

In 1981, President Ronald Reagan spoke to the NAACP’s annual convention and his comments stand in sharp contrast to what we have seen on the national and state level from his own beloved party in 2020.

He said: “A few isolated groups in the backwater of American life still hold perverted notions of what America is all about.” “Recently in some places in the nation there’s been a disturbing reoccurrence of bigotry and violence.”

Then, Reagan sent a direct message to those “who still adhere to senseless racism and religious prejudice.”

So let me say this loud and clear: hatred, bigotry, and violence have no place in the great state of Michigan.

And if you break the law, or conspire to commit heinous acts of violence against anyone – we will find you, we will hold you accountable, and we will bring you to justice.

For the past seven months, I’ve made the tough choices to keep our state safe. These have been gut-wrenching decisions no governor has ever had to make.

And I get it: life has been hard for us all.

When I get out of bed every morning, I think about the high school seniors like my daughter who missed graduation ceremonies, or those Michiganders who have missed weddings and funerals. I think about all the moms who are working from home, making breakfast every day, logging kids into their zoom class, and doing laundry. I think about the small business owners who spent a lifetime building something great, who are now hanging on by their fingernails just to keep the lights on.

The disruption this virus has caused to our daily lives is immeasurable.

It has already taken the lives of more than 210,000 Americans – including over 6,800 right here in Michigan.

As painful as these losses are, our hard work and sacrifices have saved thousands of lives. We have one of the strongest economic recoveries in the nation.

Make no mistake: there will be more hard days ahead.

But I want the people of Michigan to know this: As your governor, I will never stop doing everything in my power to keep you and your family safe. You don’t have to agree with me. But I do ask one thing: never forget that we are all in this together.

Let’s show a little kindness. And a lot more empathy. Give one another some grace. And let’s take care of each other.

Wear your mask. Stay six feet apart. Wash your hands frequently. And look out for your neighbors.

So let’s get through it together.