Juddson “Judd” Duane Price, 55, of Rudyard, formerly of Onaway, died Wednesday, September 30, 2020 at McLaren Northern Michigan hospital in Petoskey. The son of James C. and Ilse (Gotz) Price, Judd was born at Fort Leonard Wood, Missouri April 14, 1965 and was raised in Onaway. He was a 1983 graduate of Onaway High School and went on to enlist in the United States Army where he honorably served four years as a combat engineer in Germany. After the service Judd attended Lake Superior State University where he earned a bachelor’s degree in conservation law. 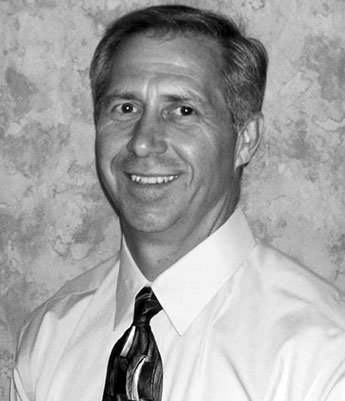 Judd made a career with the Sault Ste. Marie Police Department. Smart, determined, and good at his job, Judd moved quickly up the ranks from patrolman, to detective sergeant, to assistant chief. After 20 years of civil service he retired from the Sault Ste. Marie Police Department as acting chief. With an extensive background in law enforcement, Judd also worked as a fire investigator. Known for his work ethic and sense of humor, Judd was a great guy to work with and it was evident he really enjoyed his job with the police department. He was a member of the Sault Fraternal Order of Police Lodge No. 115 serving as president for at least five years as well as serving two years as the state president of the Fraternal Order of Police.

He was a member of the Elks, American Legion Post No. 3 in Sault Ste. Marie, and a longtime volunteer for the Special Olympics of Michigan where he helped many times with the Detroit to Copper Harbor Run to benefit Special Olympics.

Raised in northern Michigan, Judd loved the outdoors. He especially enjoyed camping and going to Canada to spend time at his cabin. His time in the woods was spent looking for morel mushrooms and berries or just taking a peaceful walk. He loved watching football and remained a fan of the Detroit Lions through many difficult seasons. He had a passion for cooking and loved to watch the food channel. He enjoyed making big holiday dinners and recently was sharing his plans for making Christmas dinner for his family and talked about roasting a turkey and all the trimmings to go with it. Judd will be remembered for his drive and determination, his sense of humor and smart-ass wit, as well as his many years of service to others.

Surviving Judd are his children, Kayla Price (Jeremy Tell) of Sugar Island and Novi Price of Travis Air Force Base, California; his grandchildren, Jeremy and Estella; his sisters, Patty (Jeff) Shea of Silverton, Colorado and Belinda (Rick) Wall of Oklahoma; a brother, James “Jim” (Ann) Price of Onaway; and his niece and nephews

Those planning an expression of sympathy please consider a donation in memory of Judd to his family to help with expenses.