Elsa M. Thompson, 85, a longtime resident of Onaway, died Saturday, October 3, 2020 at home surrounded by her family and while under the care of Hospice of Michigan. 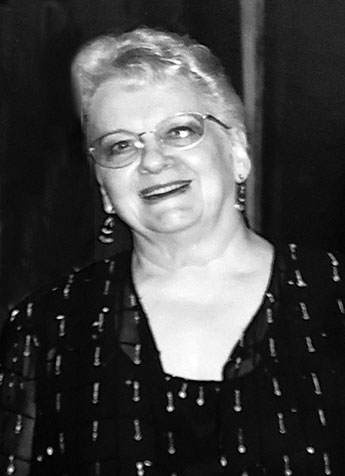 Born May 25, 1935 in Milford, she was the only daughter of the late James and Elva (Hoffman) Milmine. Following her school years, she met her husband to be, Robert, and they were married in Charleston, South Carolina while he was stationed there in the Navy. Elsa and Robert moved to Onaway in 1960 where they raised seven children. While raising her family, Elsa found time to be employed as a guest services employee at the United Auto Workers Education Center along with being a homemaker.

She was also a Girl Scout leader, Cub Scout den mother for her children and many other children of the community. Elsa was a longtime member of the Onaway United Methodist Church and sang in the choir for over 30 years.

Elsa enjoyed crocheting and making doll clothes, and loved working with plastic canvas constructing little villages that her children played with. She also enjoyed ceramic villages and had a large collection that she decorated in Christmas scenes, including lights. She would then encourage neighbors and friends of the community to come and enjoy, opening her home to many visitors.

Elsa traveled extensively with her mother by bus and cruise ship. By bus, she visited the Pennsylvania Amish country, and also Chicago. She went on cruise ships to Alaska, visiting the Denali Mtn. range, Juneau and several glaciers.

Elsa is survived by her husband Robert, of Onaway, whom she married May 12, 1955; sons, Frank of Missouri, John (Donna) of Onaway, Terry (Maria) of Lancaster, California, Richard (Aspen) of Westland and M

ichael (Carmen) of Holland; and her daughter, Dawn Thompson of Onaway. Also surviving are her brother, David Milmine of Lansing; and many grandchildren and great-grandchildren.

Besides her parents, Elsa is preceded in death by her son, James; and two brothers, Joseph and James Milmine.

The family will receive guests at a visitation Saturday October 10, 2020 from 1 until 4 p.m., at the Chagnon Funeral Home in Onaway.

The family suggests if memorials are considered, they be directed to Hospice of Michigan at 830 S. Otsego Ave., Gaylord, MI 49735.

Chagnon Funeral Home of Onaway is assisting the family with their arrangements.