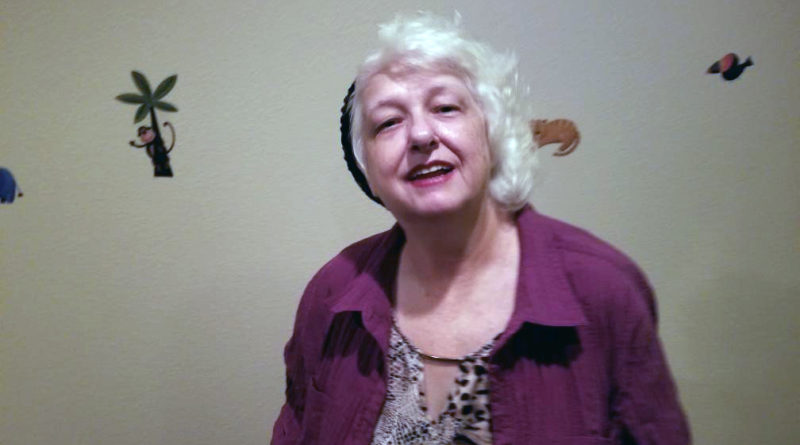 Ladies and gentlemen, the story you are about to read is true. The names have not been changed because the truth is more powerful than fiction.

This is the city, Rogers City, Michigan. It’s a small town built on the lumber and limestone trade. People came here to work and start families. From those families came thousands of stories. This is one such story about a woman named Faith, who called it home for the first 20 years of her life. Finding her, well, that’s where I come in. I’m a reporter — I carry a camera.

It was Thursday Dec. 10 and the sun was out in Rogers City. It was a nice change. I was working the day shift, coming in promptly to headquarters as always to get a fresh new start to the day.

It was 10:25 a.m., and I was just finishing off the last drops of my cold coffee when a call came in with a strange area code. Was it 714? Nah, that was the badge number from one of those old cop shows from the 1960s.

It was 409, and on the other end of the line was Faith E. Bodle of Beaumont, Texas. She was more curious as to why a reporter would be interested in her whereabouts and relieved to know that I was interested in a story from 1953 when former Advance publisher Harry Whiteley saved her life.

I provided her with a copy of last week’s column via email and was told there a few details of the story that were missed.

The interview was Monday night on the internet.

Faith, who was 13 months old at the time, was enjoying her sister Wanda Rose Baker’s 5th birthday party two days before Christmas. She was playing ring around the Rosie in her mother’s office at the family business, Baker Paint and Wallpaper Company of Rogers City.

Her mother, Ora Baker, was preparing for the party and the kids were instructed not to eat any of the cashews that were on her desk unless she was in the room. One of the children was sneaking some anyway, but left it in a spot where little Faith could reach it. She had partially chewed one of the nuts while the game was going on, when during the part of the game where they all fall down, she threw her hands back with a laugh, but hit her head on the corner of her mother’s desk.

This made her accidently breathe in particles of the cashews that got all the way into her lung and blocked her airway. The family would later learn that there were other health issues that would have not been found otherwise.

Ora heard the screaming and franticness and found Faith blue. She ran out the back door of the house and made her way to the former Advance office on North Second Street.

It’s where the late Harry Whiteley comes into the picture. He did not have a car that day, but someone left a vehicle parked out on the curb with the keys in the ignition. Where was the owner of the dark green early 1950s Buick Roadmaster? At the International Bar? Why park there? So his wife would not see his vehicle parked at the bar? Those are all questions for another day or maybe not.

Regardless, it was all a reason for Faith to have faith.

“Harry Whiteley was the hero that day,” said Faith during the interview.  There also were a lot of circumstances that went exactly right for the positive outcome.

“You say you are searching for faith…I believe with all of my heart that was a God thing,” Faith said.

What was not mentioned last week is that her father, Orie Baker, played a role in saving little Faith as well. During transport to the University of Michigan Hospital in Ann Arbor, the regulator from the oxygen mask fell apart.

Orie, who was a World War II veteran and could fix nearly anything, helped put it back to together as the ambulance was moving down an icy road. “It was Dr. Campbell that performed the extraction of the particles from my lung,” said Faith. “He told my mom and dad, ‘I have done all that is humanly possible, she is in God’s hands now.’

“There have been many times in my life that I have had brushes with death, but God said no.”

It’s almost like the Christmas movie, “It’s a Wonderful; Life,” where one life intersects with another. Harry’s intersected with Faith, and many years later, she intersected with a man who scoffed at people with it. His name is Jeremy.

He is a man who was involved in an accident on a quad, was paralyzed from the neck down, and is now in the care of his 81-year-old grandmother.

“Prayer changes things and God is real,” Faith said she told the man. She would pray over him during the month he was in a drug-induced coma. “You don’t have to believe, because I have enough faith for both of us.”

As the story goes, when Jeremy came around, “he asked me to pray for him. Those were the first words he mouthed to me when he was conscience. Will-you-pray-for-me! I have been praying for him every day since then. If this was the reason my life was spared in 1953, then this is worth it.”

Now, he wants to pray with her every time she visits.

“There is faith upon the Earth and it is real,” said Faith. “From atheist to a believer, to me was just the ultimate. To me, that made everything that I have been through in my life worth going through.”

It seems that all of Faith’s major life moments happen around Christmas. Not only was her life saved 67 years ago, but she will be celebrating her 31st wedding anniversary with her husband, Henry, on Christmas Eve. Interestingly enough, they got married on Orie and Ora’s golden wedding anniversary.

Faith has two children, J’Aime and Jason, and five grandchildren.

As for Harry, she will always remember what he did for her that day and has a memento from his life with her in Texas. It’s a large brass lamp imported from Germany. Her father purchased it from Harry as a joke because Ora loved to move furniture around a lot. The heavy lamp was supposed to slow the 5-foot-2-inch woman down a little. Not sure how that worked out, but Faith still has the lamp, shade and all. So there is more than one memory she has of the former newspaper publisher.

If there is one last thought to consider during these troubling times of 2020, it’s that finding faith is as good or better as finding any vaccine.