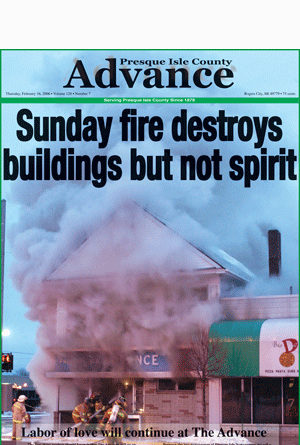 Issue number six of the year always gives me pause. That week changed everything for us at the Advance.

It happened 15 years ago this week that Karen Larson called me shortly before 7 a.m. that fateful Sunday morning. Karen’s husband Terry delivered newspapers for the Advance for 20 years and was a member of the Rogers City Fire Department at the time.

“The Advance is on fire,” she said. 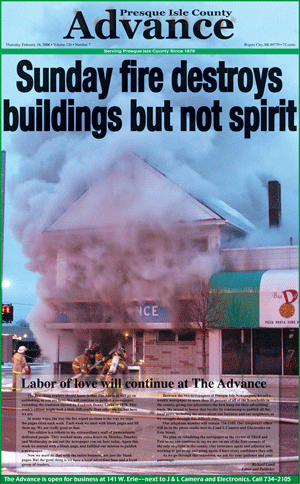 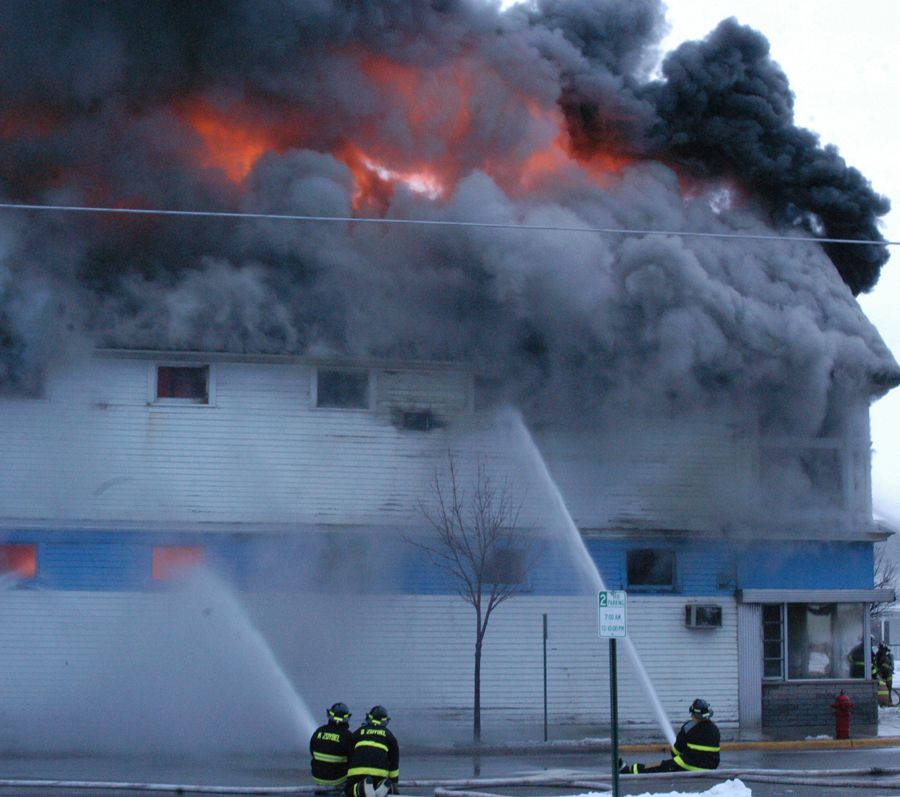 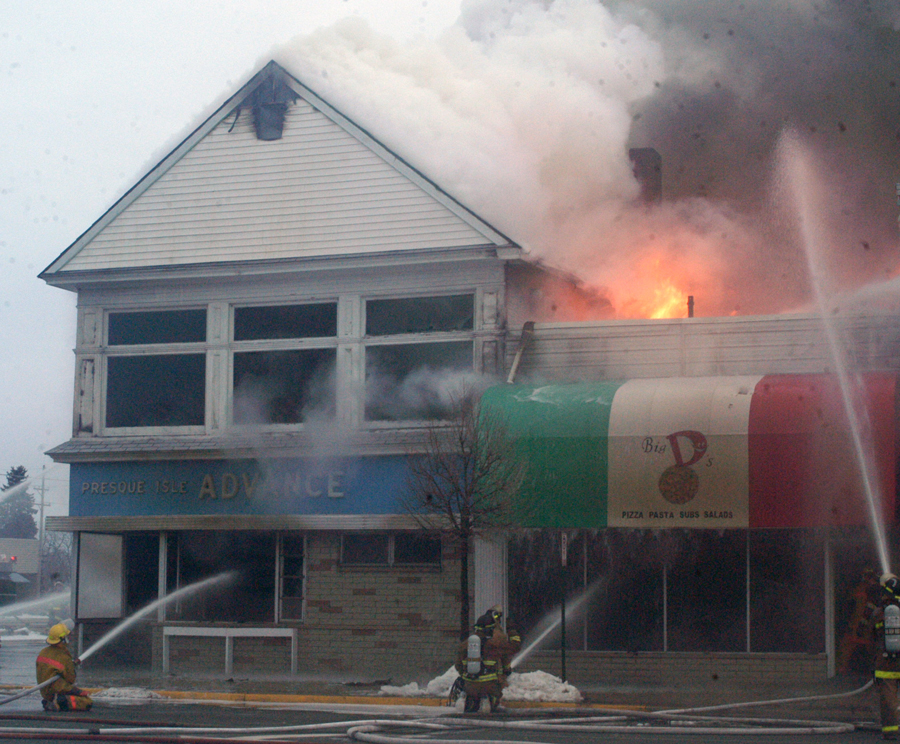 When I arrived at the fire moments after Karen’s call, it didn’t take long to realize we were in trouble. Sheriff deputy Darin Rabeau discovered the fire while passing by, saying when he looked inside the business next door, Big D’s Pizza, and it was completely white. The Advance office was clear at the time, he reported, but he noticed smoke coming from the northwest eves. Investigators never determined the cause of the fire or in what building it started.

Built in the 1870s, the Advance building had been remodeled and repurposed many times in its history. It started as a department store built by Julius Gumm around 1876. He sold it to Paul H. Hoeft who continued the business as the Hoeft Department Store. They sold dry goods and apparel for men and women.

Hoeft had an office on the small section of the second floor overlooking the showroom. When Hal and his son Harry Whiteley acquired the building in 1960, it was already 84 years old. They reinforced the floor to house the heavy printing equipment and carved out offices replacing retail space.

Harry Whiteley sold the business to Richard Milliman in 1985 and the composition room moved from upstairs to the main floor and four Macintosh computers replaced older technology. That caused more renovations at the old building. Some renovations made sense, others were strange to me. When I arrived on the job in February of 1989, I noticed an air conditioner built into an inside wall to keep computers, and their operators, cool.  It vented into the printing press area, blowing hot air into the area occupied by master printer Larry Morrison. I could never figure that one out.

Next door, our friend Darrin Darga had a growing pizza shop business, Big D’s Pizza. He said that the months prior to the fire had seen business picking up.

By mid-morning of that cold February day, both buildings were a total loss. As much as the brave firefighters tried, they could not stop the flames from gutting both the pizza place and the newspaper office. We spent the day watching it burn, and getting well-wishes from friends at the scene.

We lost some irreplaceable records, like all the old bound volumes and tons of negatives. But copies of many old volumes were saved in the basement of the courthouse. Miraculously, our billing computer, that also stored our subscription list, survived the fire. About 11 a.m., the fire had moved to the back of our building. Firefighters asked if I would like to go in the front door and see if anything could be salvaged. There it was, covered with smoke. We grabbed it. The husband of our bookkeeper at the time Adele Woskobojnik, Tim took the computer home, dried it out and it booted up.

Things I remember most about the day was the kindness of people. The late the Rev. Harold Molzan, my pastor growing up at St. John Lutheran Church, found me and had a prayer with me right next to a fire truck.  Kind people offered space in their buildings for us to work. Among the kindest of the lot was Bill Friedoff at J&L Camera and Electronics who had already wired Jeff Hopp’s photo studio for telephones and internet before asking me to come over and take a look. Would I like to set up shop there, he asked? Yes, of course!

Mike Lynch, whose business had suffered a fire in the mid-1960s, said whatever space he could offer was available. No mention of paying any rent. Others made kind offers, too or brought us food.

I had some interesting offers that day, including calls from owners of vacant buildings offering spaces for sale. The offer from Bill and Jeff seemed a perfect fit and it worked out great.

The day after the fire, the staff met at Karsten’s Restaurant to plan. We decided together to go on, and we never missed an issue. Insurance agent Richard Kowalski made sure we had adequate coverage to rebuild. Jerry Fleming was hired to lead construction of our new place and we moved in that December. The new place has been a blessing. Where the old building had horrible heating and cooling, the new place is an air conditioned, well-insulated pleasure of a workspace.

Three of the staff who went through the fire are still with the company, including Pete Jakey, Shari Fleming and Cella Bade. A fourth person, business manager Ann Przybyla, joined us during the summer of 2006 while we were working at our temporary location next to J&L Camera and Electronics.