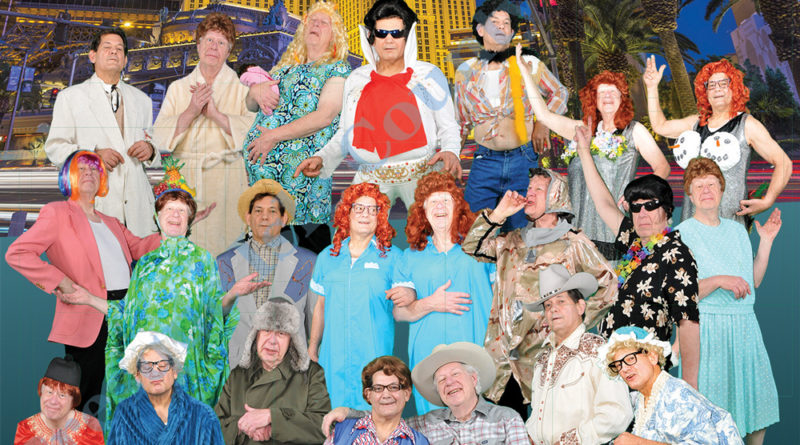 A pair of talented local performers will do all the characters in “Tuna Does Vegas” opening tonight (Thursday) at the Rogers City Theater.

Seating is limited to the first 50 patrons at the door, as no advance tickets will be sold.

“The story is about Arles and Bertha who eloped for their wedding. So Arles wanted to take Bertha to Las Vegas to renew their wedding vows. Arles is a disc jockey on radio station OKKK in the little town of Tuna, Texas. Seems like all the townspeople of Tuna heard their plans so they all end up going to Las Vegas,” said director Denise Perrault.

What ensues is chaotic comedy as the cast of offbeat characters disrupt the romantic vacation planned by the couple.

The play is the fourth in the series written by Jaston Williams, Joe Sears and Ed Howard that included “Greater Tuna,” “A Tuna Christmas” and “Red, White and Tuna” all performed at the Rogers City Theater during past seasons.

“Karl and Ed are both seasoned actors so it was really easy to be the director of this play because they had so much input and they really helped out a lot,” D

The actors had fun portraying more than 20 characters of various ages and genders.

“Even after every day with going over the same lines, there are nights when they crack each other up. It is going to be a fun show,” the director added.