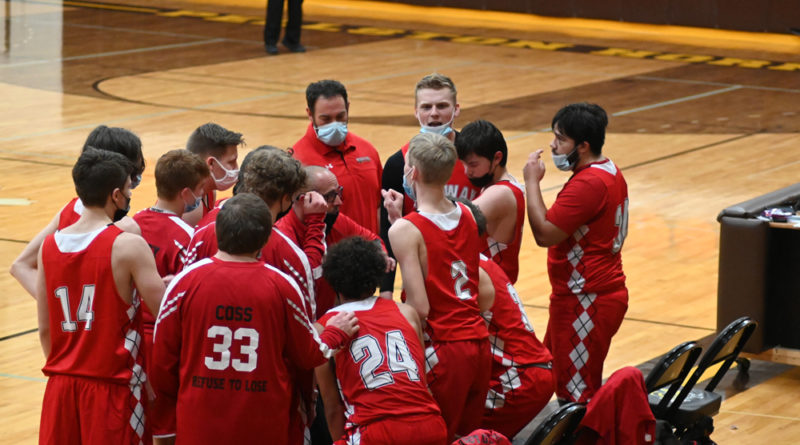 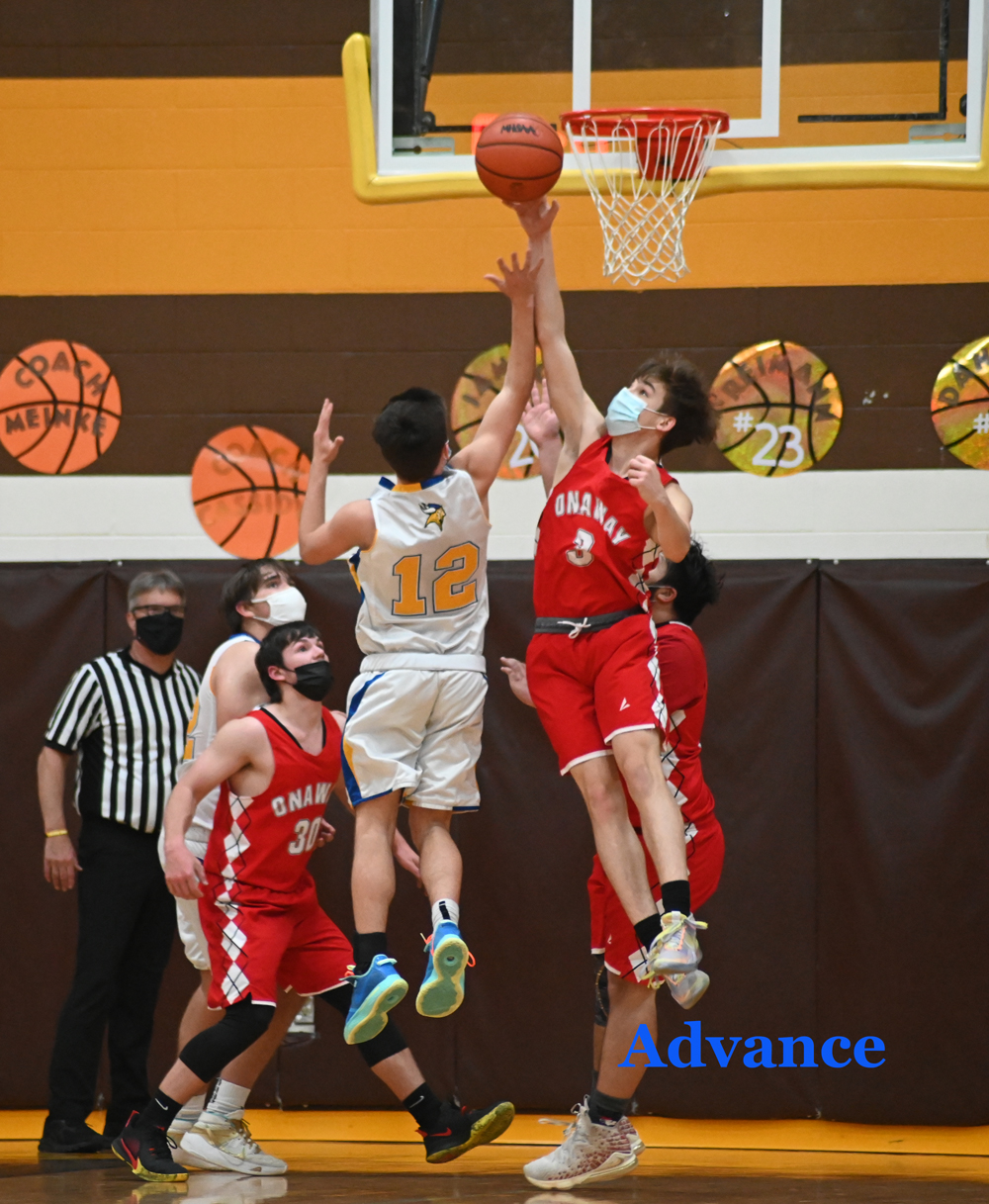 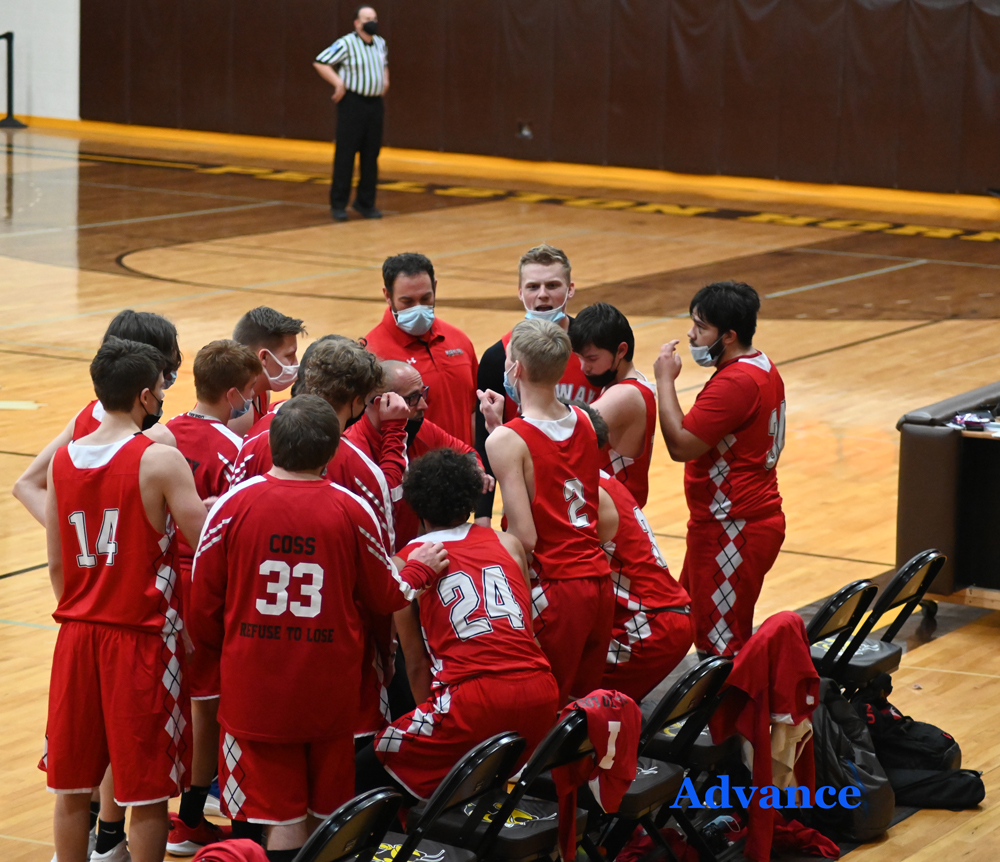 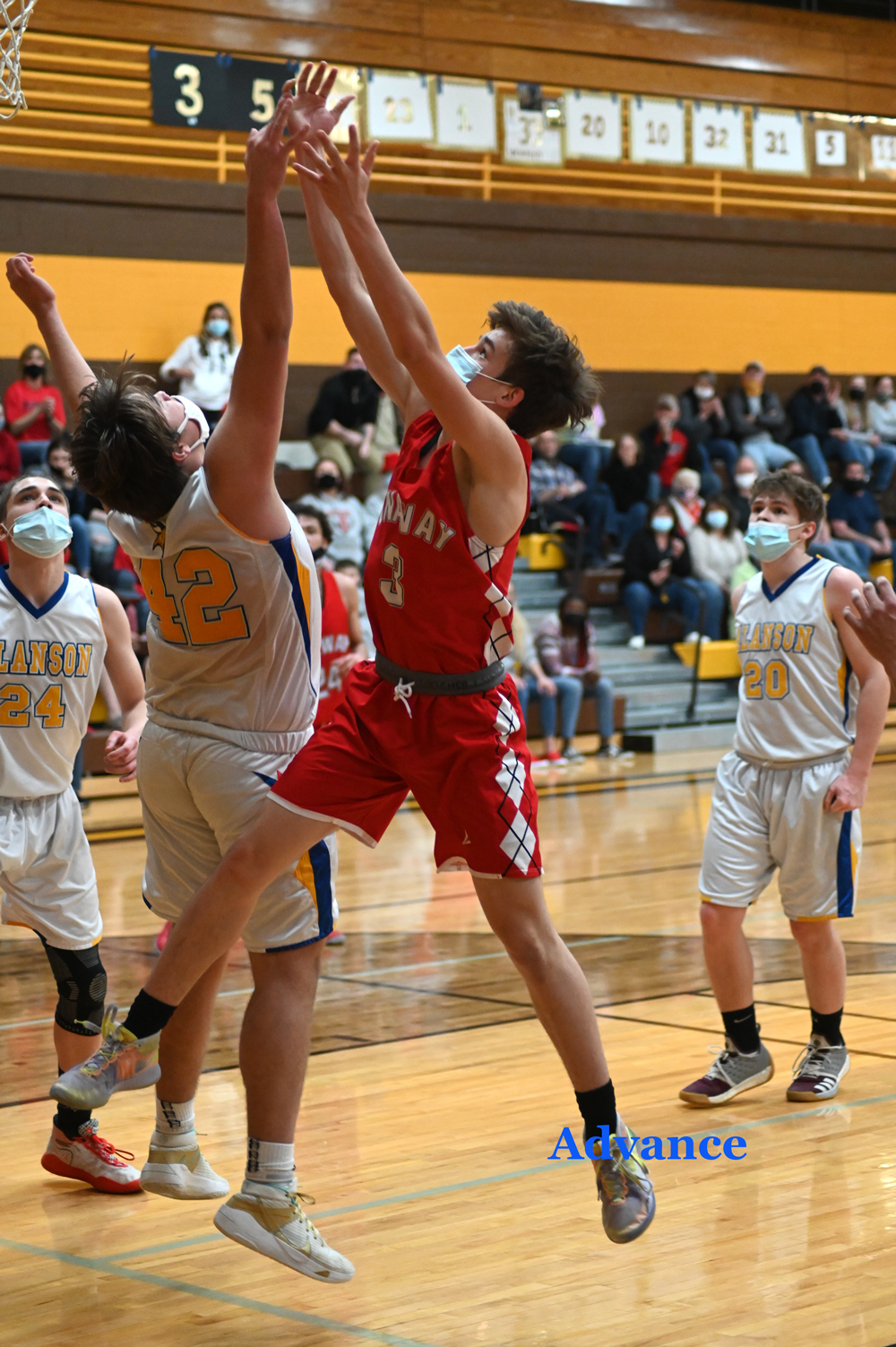 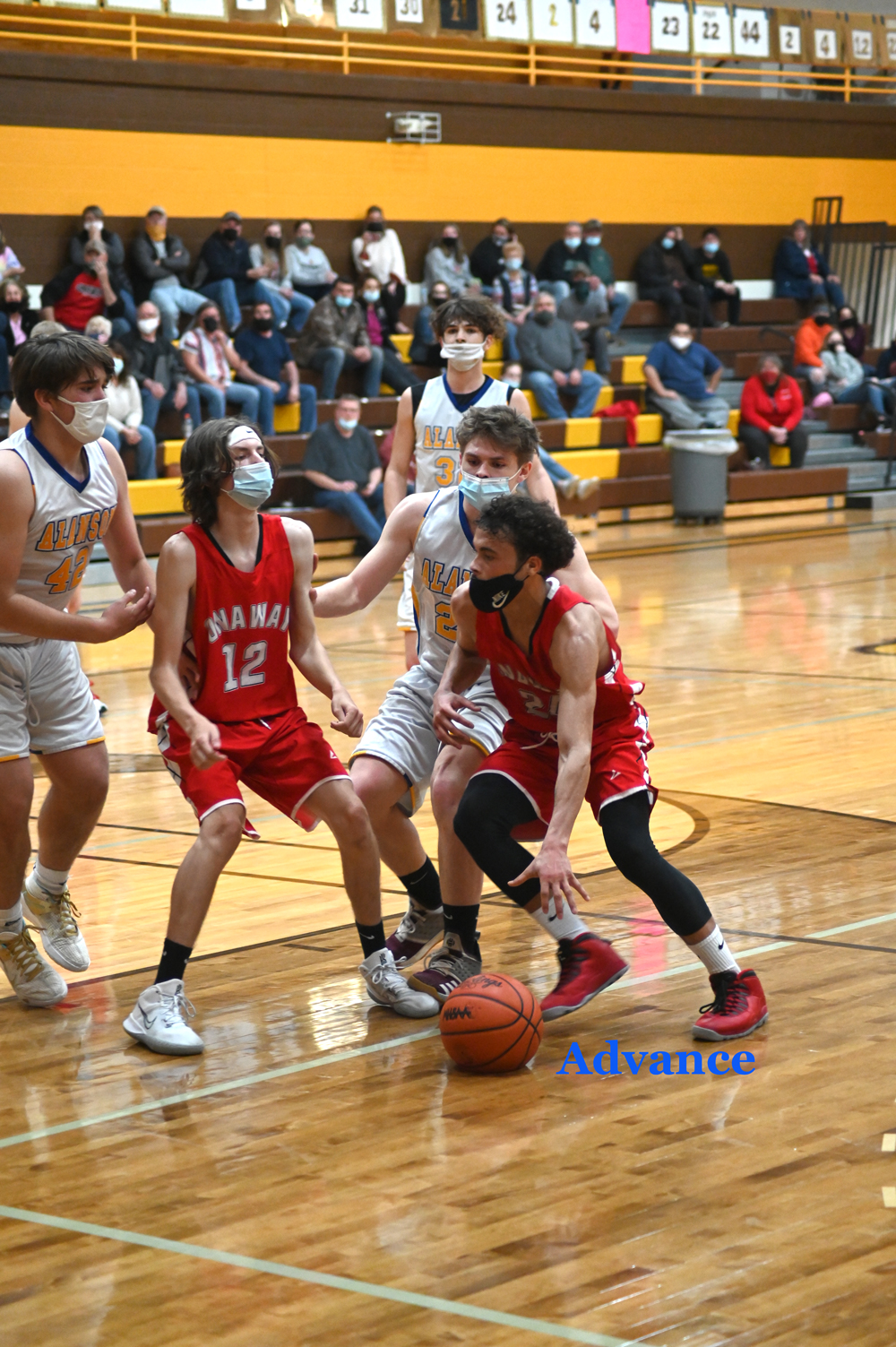 In a game of twists and turns, the Onaway boys’ basketball season came to an end in the regional semifinals. Alanson (14-7) took a 59-54 win over the Cardinals (14-4) in Pellston Tuesday.

“It was a tough way to lose. Obviously not one of our better games all the way around. We just seemed to have a hard time putting the ball through the hoop tonight,” said Onaway head coach Eddy Szymoniak after the game.

Leading 46-41 heading into the final quarter, the Cardinals went up 49-43 on a 3-pointer by Spencer Nash with 5:50 left in the game. Then the Cardinal shooters went cold.

Alanson reeled off the next seven points over two minutes to lead 50-49 with 3:38 remaining in the fourth quarter. Jadin Mix hit 1-of-2 free-throw attempts to tie it up with 2:59 showing on the clock before Alanson scored the next four points to lead 54-50 with 2:40 left.

The Cards could get no closer than that.

The teams played very evenly all the way, trading the lead three times in the first quarter. With each team playing tight defense, free-throw shooting became a big part of each team’s offense. Unfortunately for Onaway, Alanson made good on 16-of-32 from the line while Onaway made only 2-of-4.

“I don’t think we stayed within our game plan for a while, but we got in foul trouble early and it took us out of our defense that we wanted to run. We knew we could put pressure on them and they couldn’t handle it, but when you have a bunch of guys in foul trouble, you have to back off,” Szymoniak said.

A jumper from Mix gave the Cardinals a 17-15 lead with 1:20 left in the first quarter before Alanson closed the period with a 4-0 run. Mix went coast-to-coast with a drive and then nailed another 3-pointer to cut the Alanson lead to 28-27 with 1:21 left in the half. But Alanson scored on a 3-pointer to close the first half with a 31-27 lead.

Szymoniak had the team fired up coming out of the locker room for the second half. A half-court pressure defense led to turnovers and turnovers led to Cardinal points. A steal and bucket by Kevin Pearson, a bucket from Mix and a 3-pointer by Pearson gave the Cards a 34-31 lead in the third quarter’s first minute of play.

Daniel Price hit an inside shot and Nash drilled a 3-pointer to give the Cards a 39-35 lead midway through the third quarter.

But the lead dried up in the fourth as both Price and Pearson fouled out in the closing frame.

The loss ended a successful season that saw Onaway win a district title on its home floor.

“There is one thing you never have to question with these guys, they are going to give maximum effort every time they are on the floor. It is a hard one to go out on, but they went out battling. Sometimes you just have one of those nights,” Szymoniak said.

Pearson led the team with 15 points, Mix and Nash each scored 11, Cole Selke had eight points Hunter Riley had five and Price added four for the Cardinals. 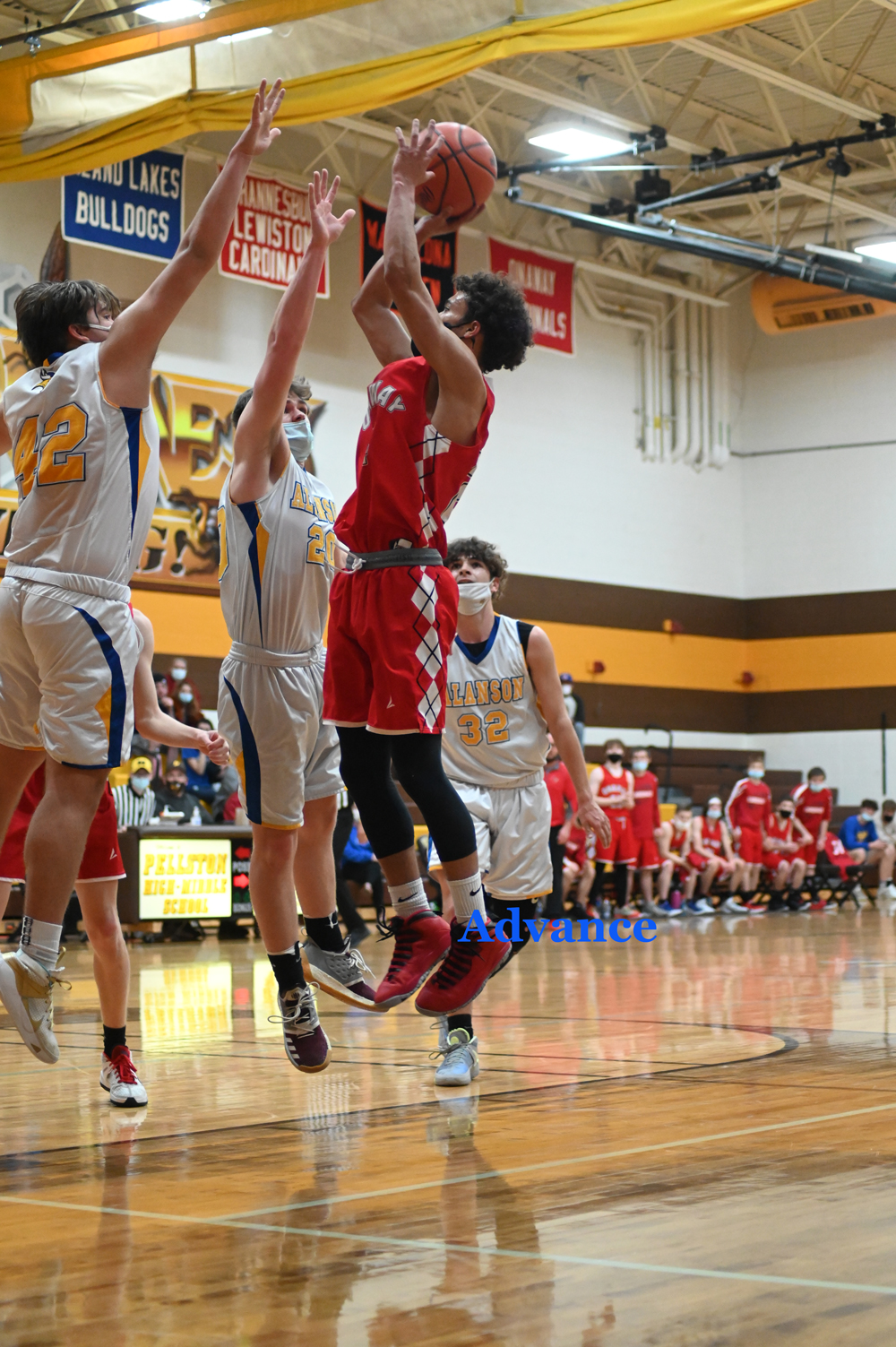 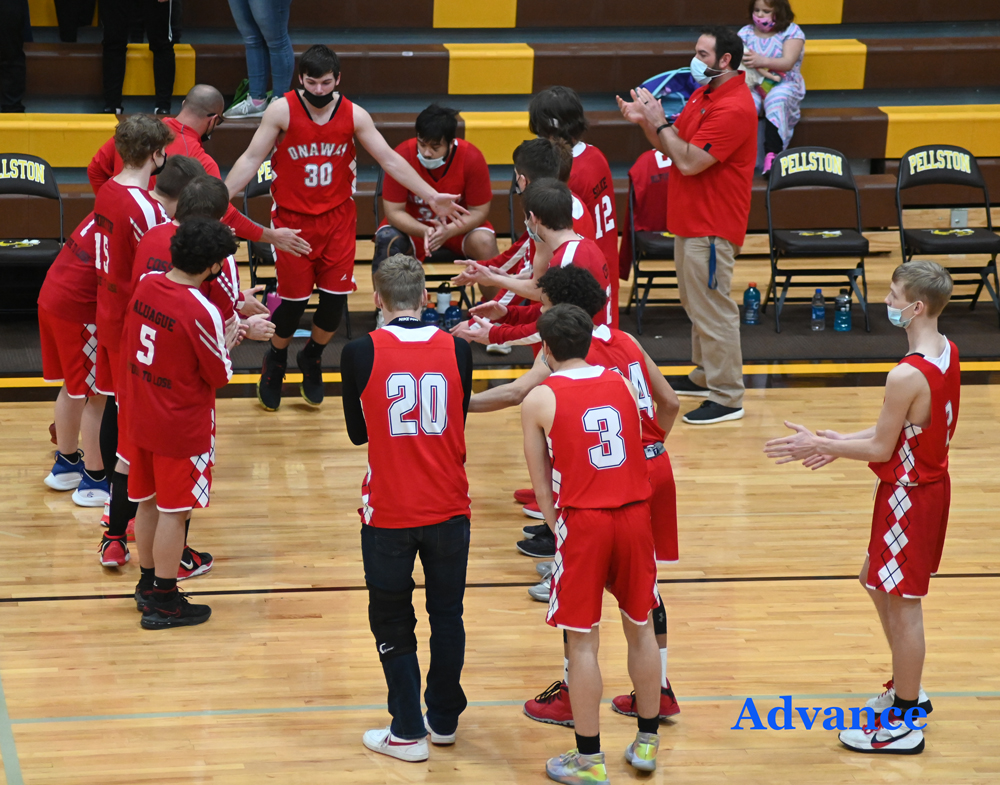