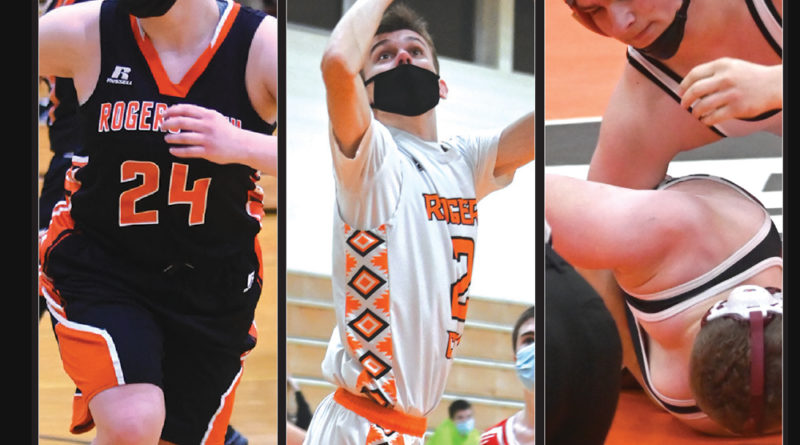 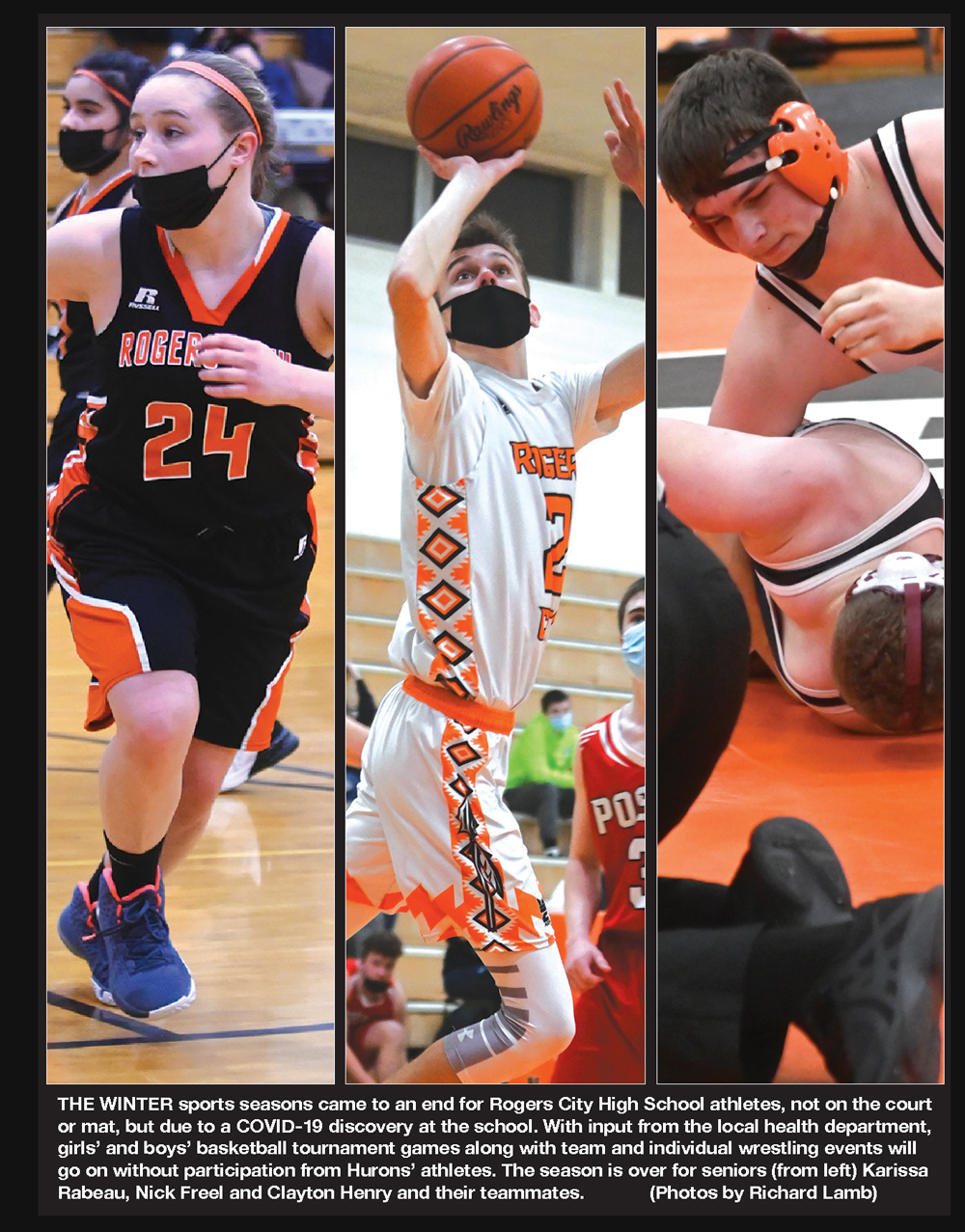 (MARCH 23, 2021)-Done too soon. In the new world of the novel coronavirus (COVID-19), more cancellations have become necessary at Rogers City Area Schools. All sports’ teams, with the exception of two bowlers who qualified for the state championship, are shut down for the season. That includes both boys’ and girls’ basketball teams, team and individual wrestling and all junior high sports. All the sports were delayed at the start of the season with schedules constantly shuffled, but had been proceeding without incident, up until last weekend.

“After consulting with the health department, the Rogers City vs. Tawas boys’ basketball game scheduled for Tuesday in Rogers City is canceled.  Tawas will advance to play Oscoda on Thursday. The Rogers City wrestling team will not be participating in the team regional at Bark River Harris on Wednesday or the individual regional tournament in Charlevoix on Saturday,” said Rogers City High School (RCHS) athletic director Karl Grambau Monday.

That statement came after Sunday’s announcement that the girls’ Division 3 district tournament game between RCHS and Tawas was canceled after a COVID-19 contact in the high school and middle school. Students who needed to be quarantined were contacted that day.

THE K-12 public schools were closed Tuesday to conduct contact tracing and high school students were dismissed for the rest of the week, according to a statement posted on the school’s website. Assignments for high schoolers were to be picked up Wednesday from 3-5 p.m. at the school office and are due upon returning from spring break.

“We can’t identify staff or student only cases by building but in the last 24 hours we have received multiple positive test results and more probable from the health department. We need time to properly contact trace at this point with the health department. The cases are isolated to the high school but have led to some quarantining in the lower grades,” said superintendent of schools Nick Hein Tuesday morning.

The Hurons’ wrestling team, led by first-year coach Chase McLennan, won the team district championship and were to head to the Upper Peninsula for the team regionals yesterday (Wednesday). They also qualified seven wrestlers to advance to the individual regional tournament Saturday in Charlevoix.

“Not being able to finish the season this close to the finish line is tragic. I’m confident we would have been in the regional final against likely a strong Bark River team. We had a game plan in place where we felt we could have given them a great match, even with us voiding a few weight classes to them. On the individual side of things, it doesn’t get much better,” McLennan said.

“I have seven wrestlers that qualified for regionals and I’d safely say I expected more than half to qualify for the state finals when looking at their path. I especially feel sorry for my seniors. We were on cloud nine after winning team districts last week and for it to end this way for them is heartbreaking.”

THE BOYS’ basketball team was set to host the district tournament after a productive regular season. Last season the districts were canceled after the Hurons won in the first round.

“This is very hard. I feel so bad for our seniors. They weren’t able to finish their junior year basketball season and now they can’t for their senior year. This team wanted an opportunity to compete for a district title and see where the pieces would have fallen. I am very thankful to have a season and the ability for our team to compete,” said coach Matt Ponik.

“Ending with a 9-6 record is nothing to hang our heads about. I’m proud of everyone on this team for competing and giving it their all every time we took the court. I wish the outcome could have been different. It’s not always about the finish, but the journey and I think they all enjoyed this season and the journey we went on.”

Girls’ basketball coach Duane Pitts said the best was made of a difficult situation.

“We felt fortunate that we were able to complete our regular season and then at the same time were disappointed that our season would not include a MHSAA tournament appearance.  I feel bad for all of our players, but especially our three seniors.  It is a difficult pill to swallow to end our season like this.  The whole season was strange due to the COVID-19 cloud above all of our heads and never knowing when that storm might come crashing down,” Pitts said.

TWO BOWLERS from RCHS qualified for the state finals this weekend and will be allowed to compete, as of press time.

“Somehow we have avoided COVID-19.  Three teams had positive tests that were at the regional, but we were not in close proximity to them. The word from the tournament director is, if he has not contacted you personally your team is able to participate.  We have not been contacted. They must have avoided the cases at RCHS. Unless, something changes we are planning on being in Canton on Saturday,” said bowling coach Brian Bannasch.

With spring break coming next week, time may help heal the situation at the schools.

“I feel terrible for all students who are currently denied their right to go to school right now. The school will reopen for all students after spring break. I hope moving forward people continue to be responsible and monitor themselves for symptoms for their own safety and others. Through the hard work of our staff and students we have had success in staying open and we will continue to do all we can to accomplish this goal in the future but the fact remains the virus is still active in our community and we all need to do what we can to control the spread,” Hein added.