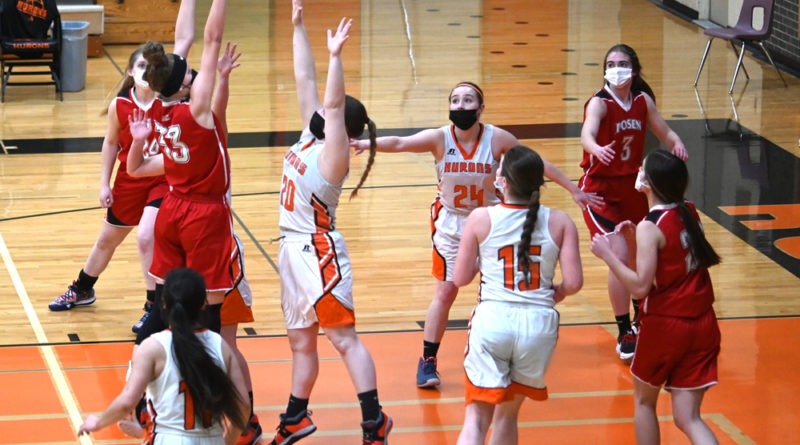 Rogers City scored first, keeping Posen off the scoreboard until the 2:38 mark of the first quarter but the Vikings prevailed in a 40-17 win March 18.

A 3-pointer at the 3:21 mark of the first quarter by Huron point guard Samantha Williams opened the scoring in a slow-paced start to the basketball game, the last one of the regular season for both teams.

From then on Posen took charge, blanking the Hurons until the closing moments of the second quarter when Chloe Hentkowski hit a long jumper.

In the 26-0 run, the Vikings used a box-and-one with defensive specialist Elizabeth Romel shadowing Rogers City’s top scorer Karissa Rabeau, denied the ball to the senior forward. Rabeau was held without a field goal in the contest. Romel also got the scoring going with a 3-pointer from the right wing.

A pair of free throws by Posen’s Makayla Kamyszek with 20 seconds left in the first quarter gave the Vikings an 11-3 lead. Ella Szatkowski kept the ball rolling with a short jumper to open the second quarter. A 3-pointer by sophomore point guard Faith Cousins gave Posen a 26-3 lead with 46 seconds to go in the half.

“We played our third game in a row on the road and I think the girls did a great defensive job tonight. We didn’t have the ball as much as we usually do. Rogers City played a slowed down offense. We got what we wanted and I’m really happy with this one going into the districts,” said Posen’s coach Karl Momrik.

The championship game is set for March 26 at 6 p.m. in Wolverine.

“We did some better things and we did pretty well in the first quarter then we ran into a lull in the second quarter,” said Rogers City’s coach Duane Pitts. “I think playing our tough schedule will benefit us.”

Rogers City, playing in Division 3, plays in the Tawas City district tournament facing the home team Monday at 7 p.m. The winner plays Alcona in Tawas March 24 at 7 p.m. The district finals are set for March 26 at 7 p.m. 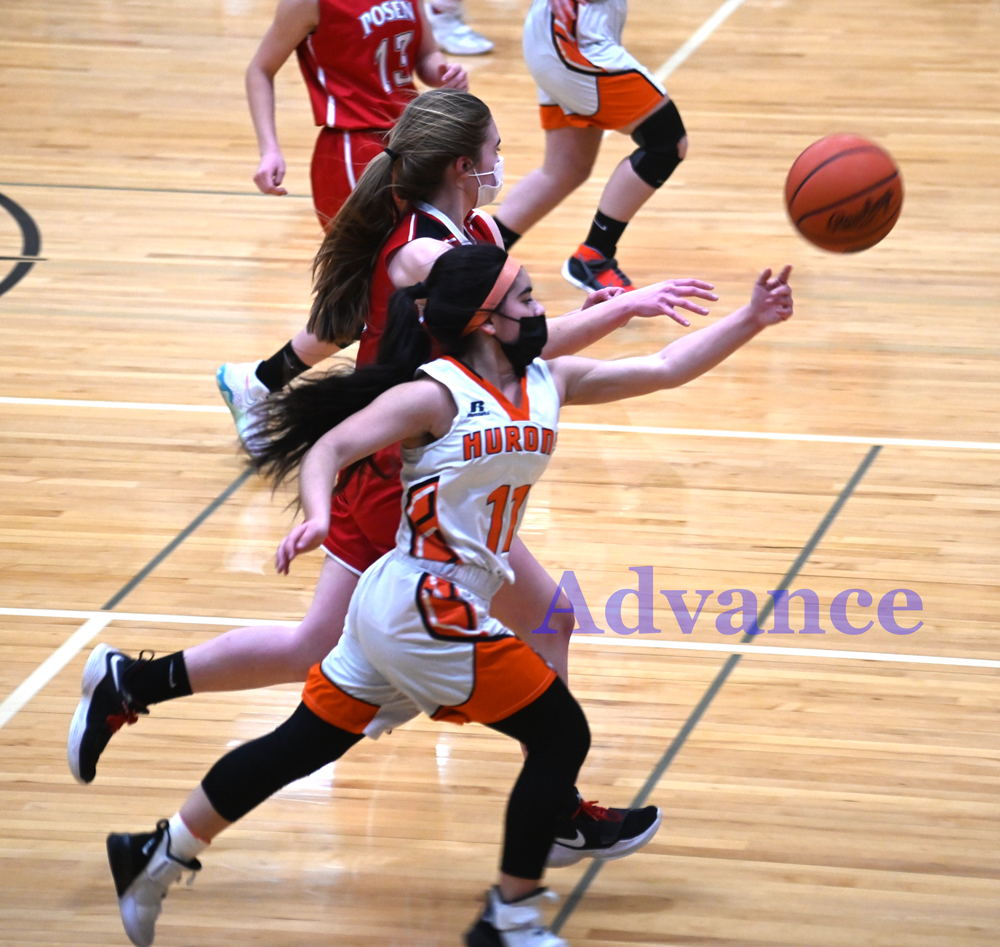 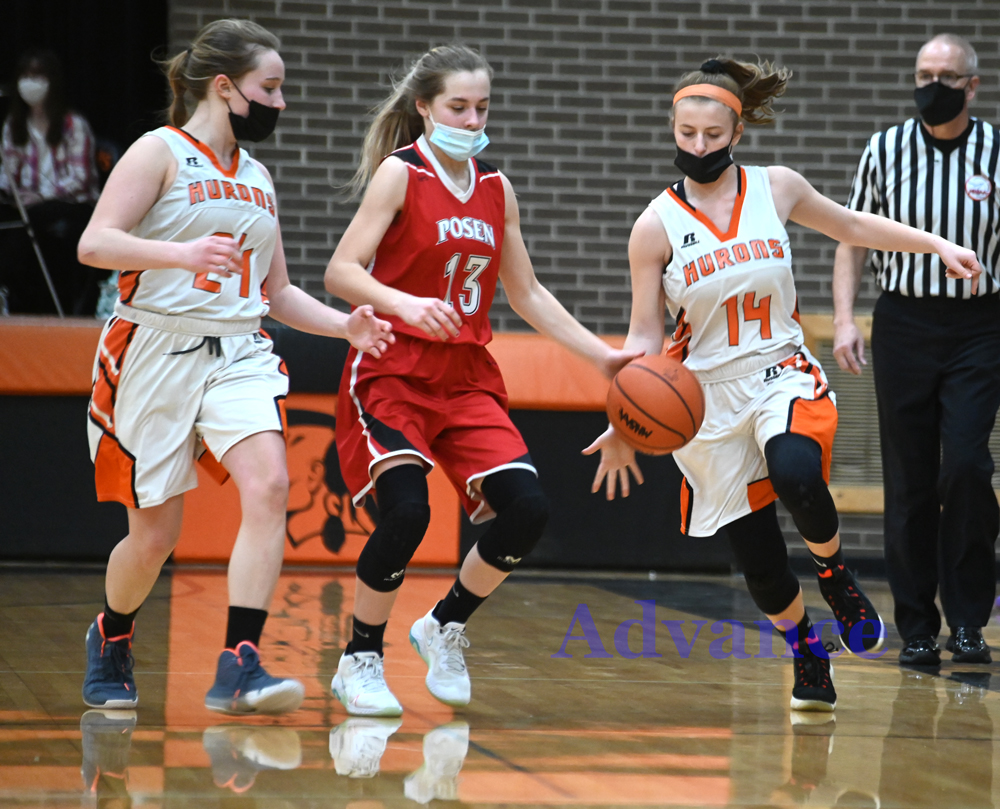 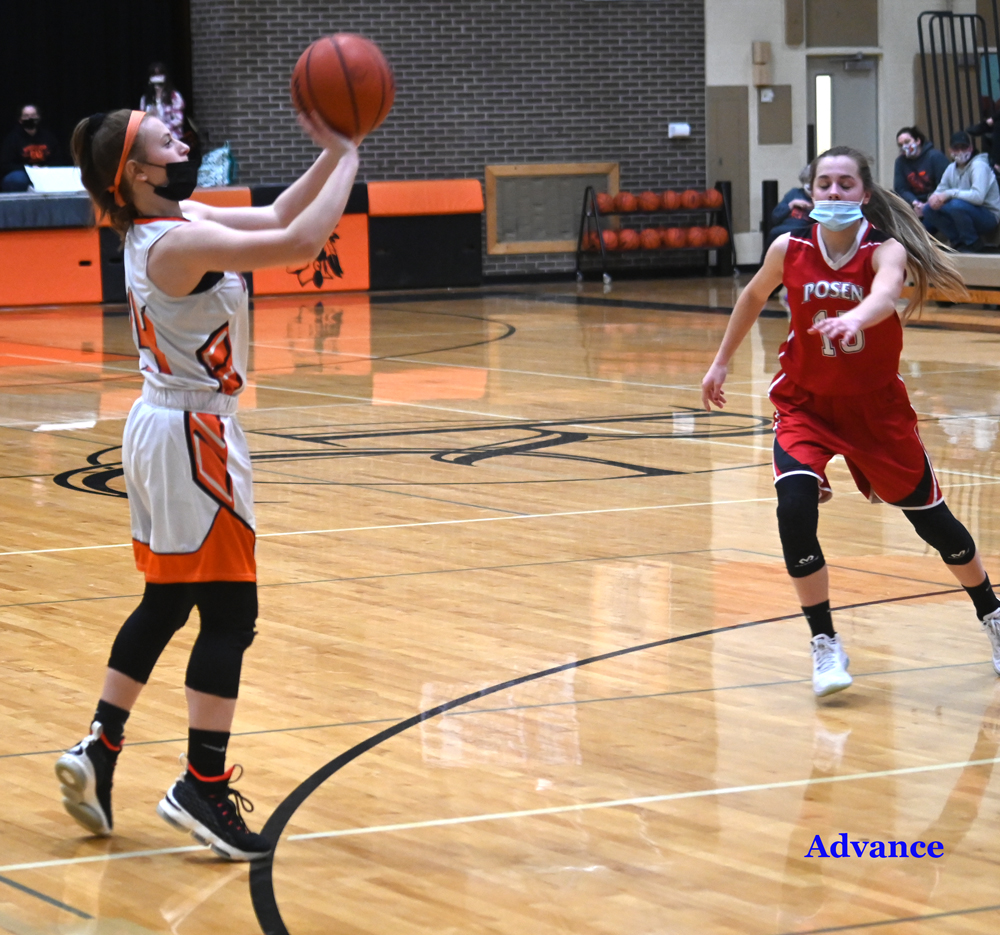 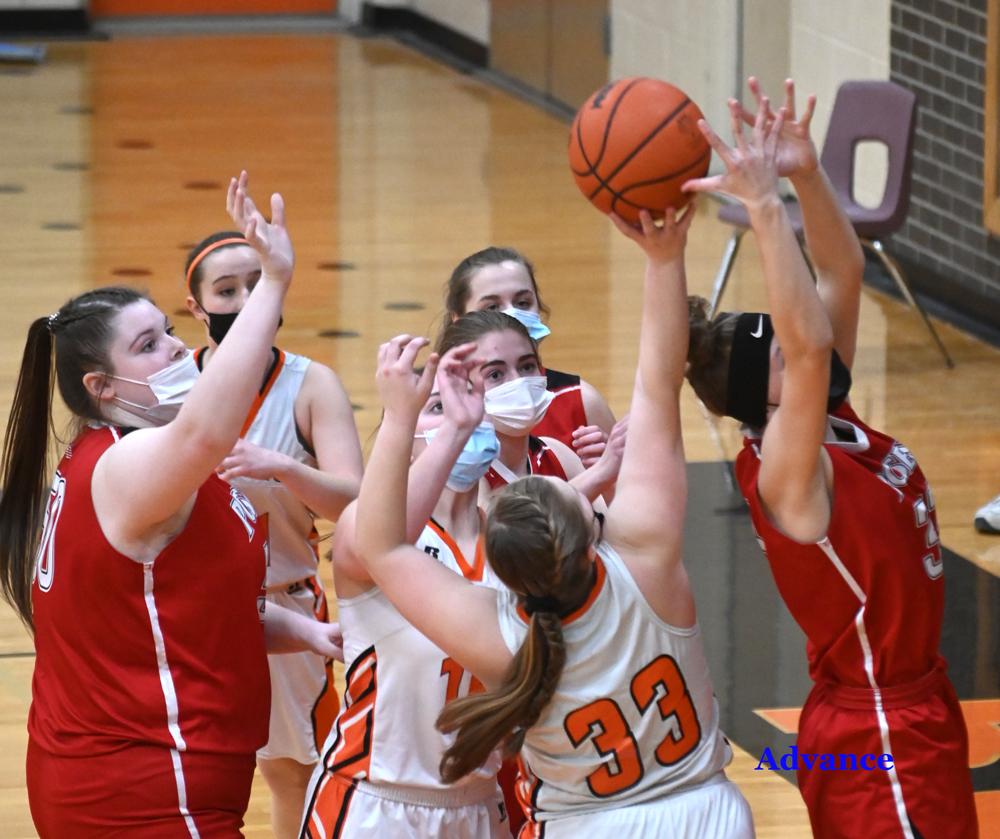 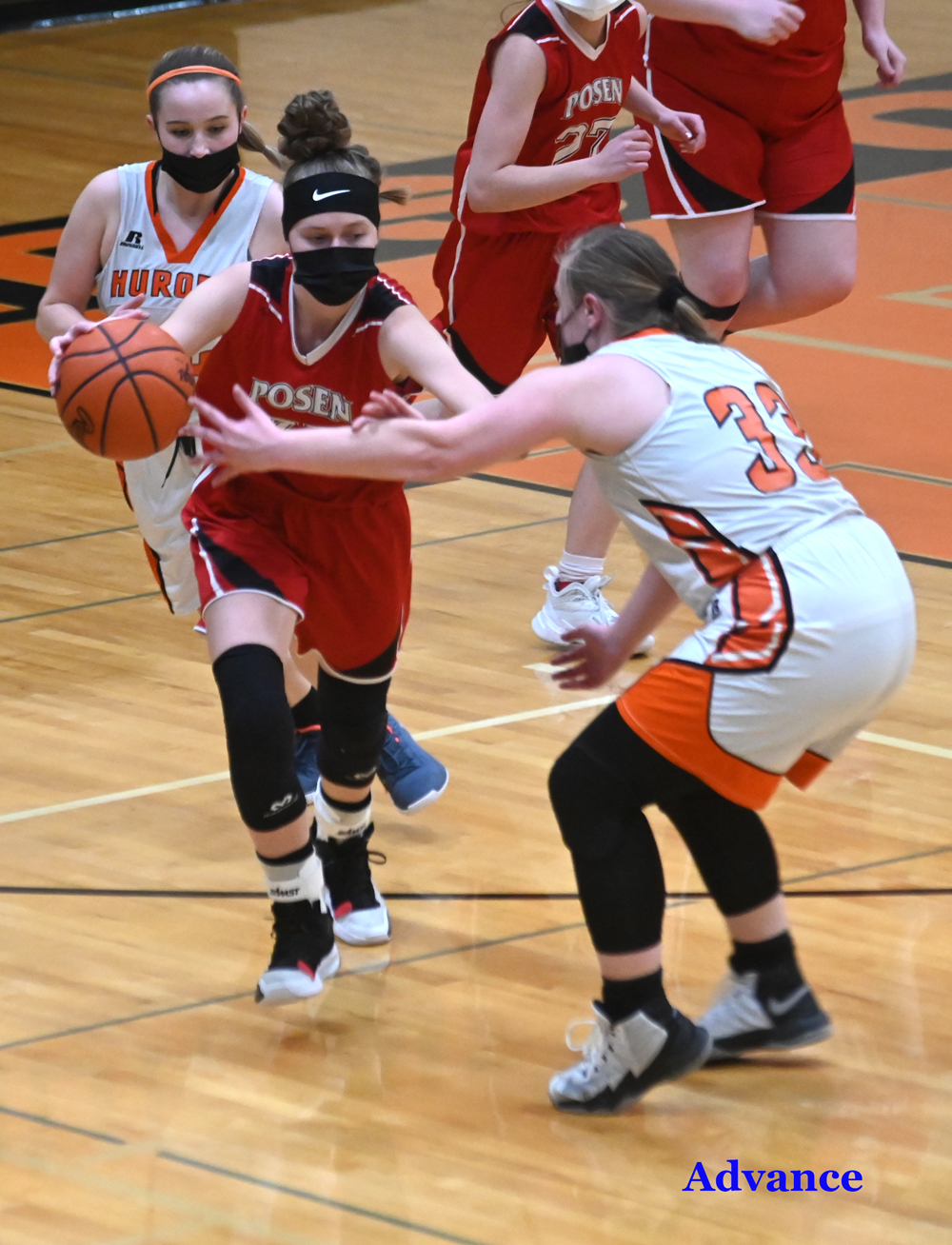 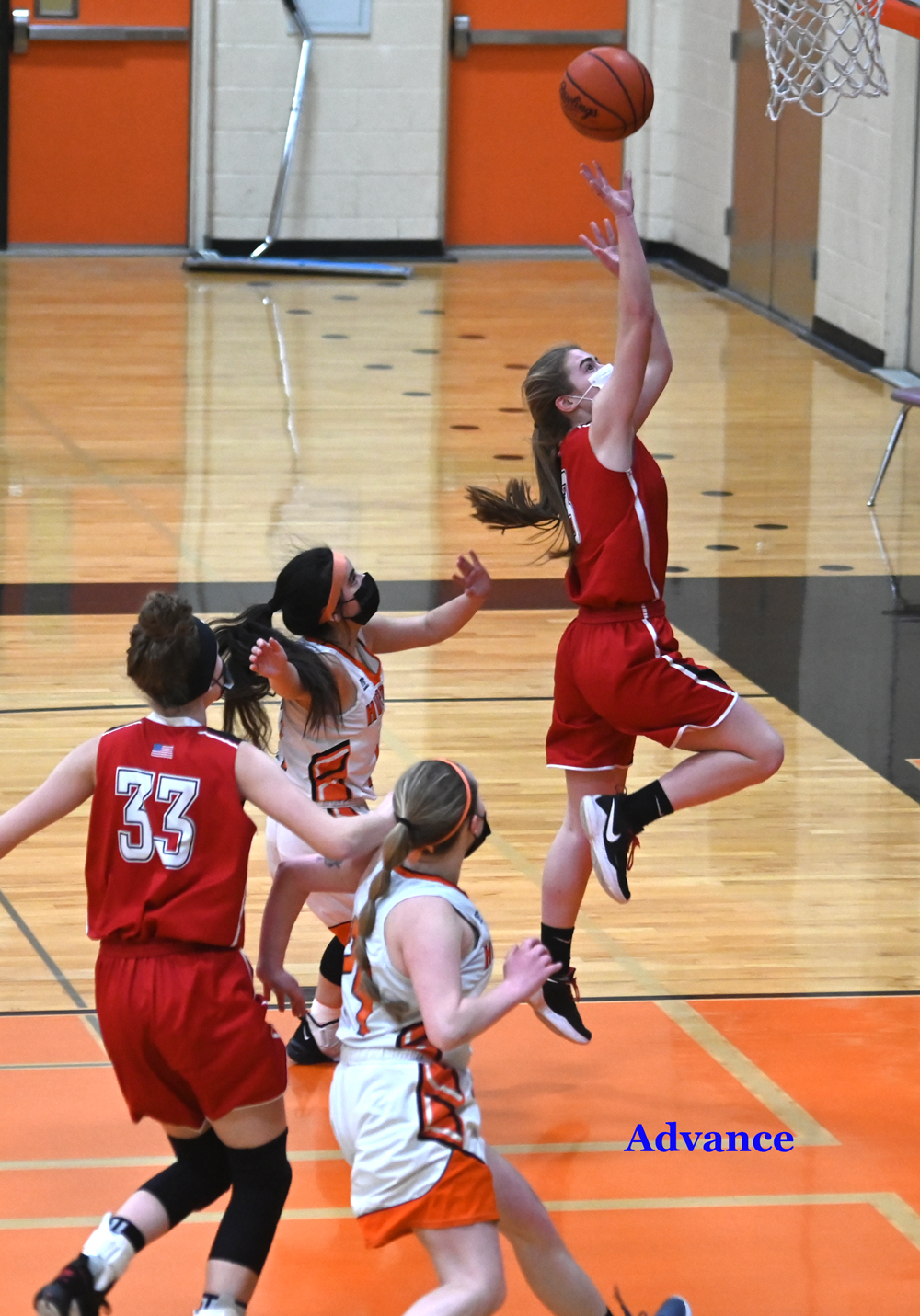 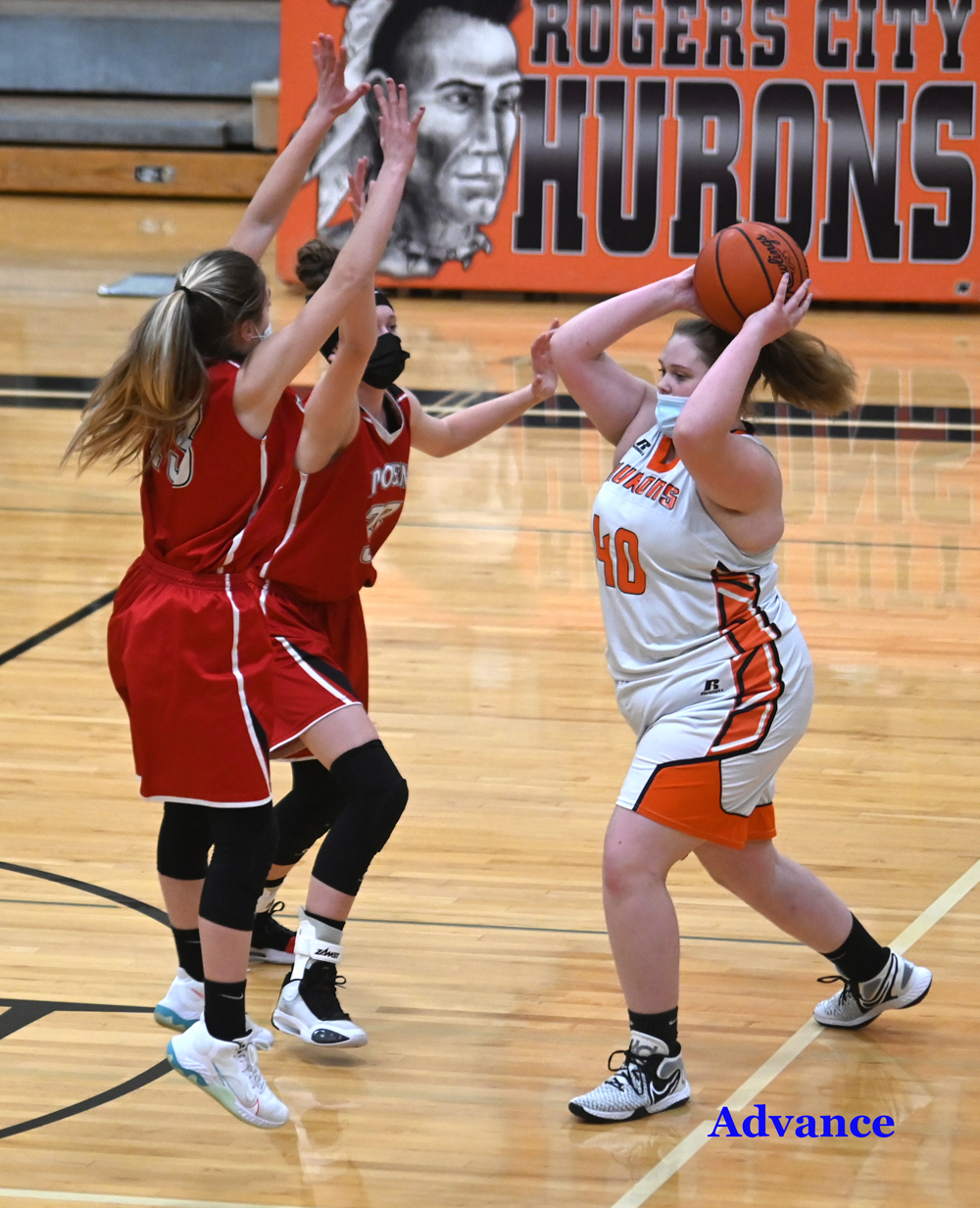 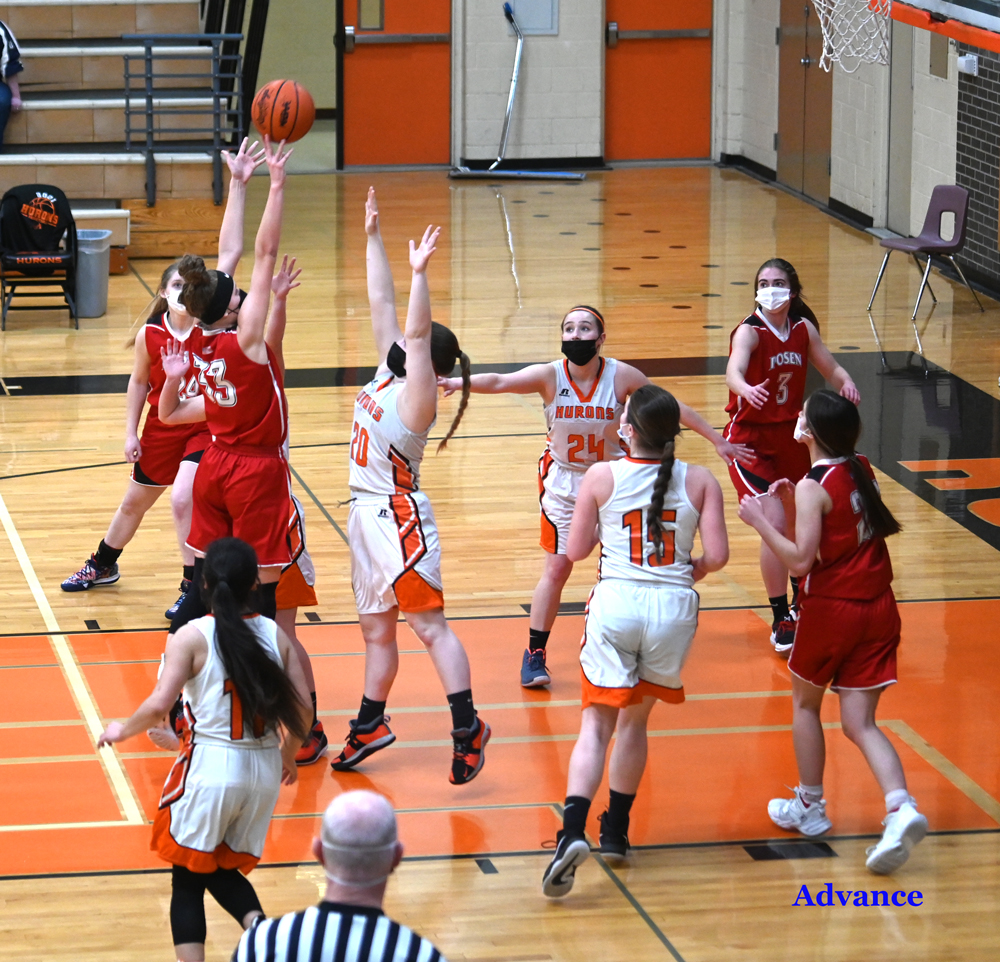 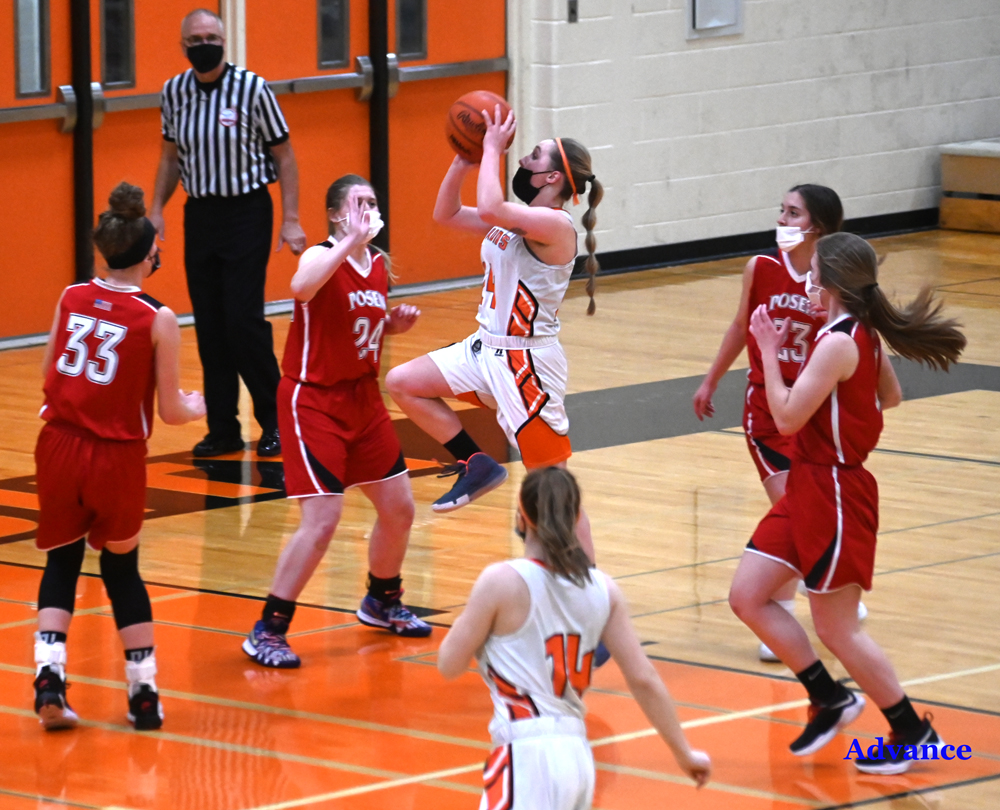 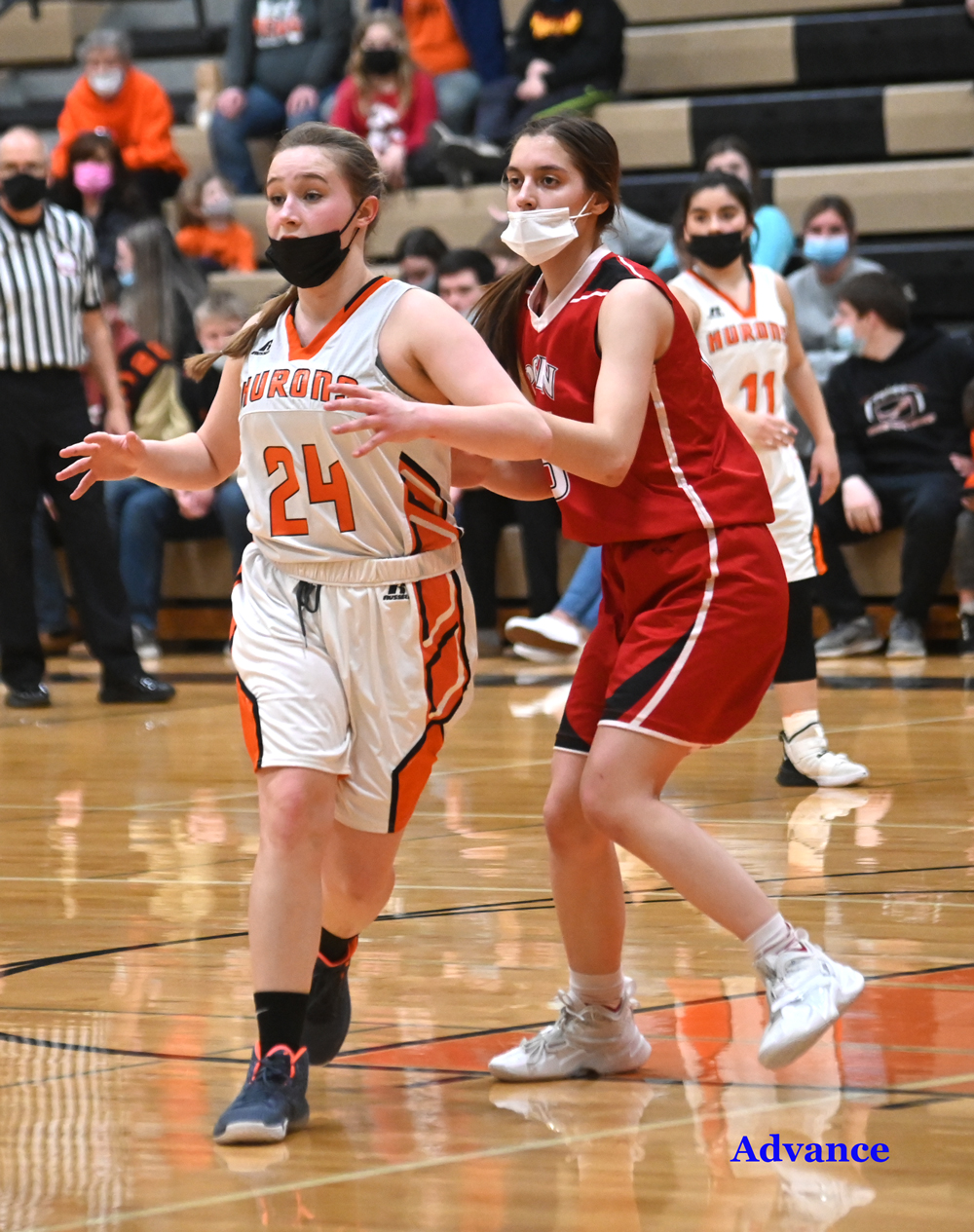 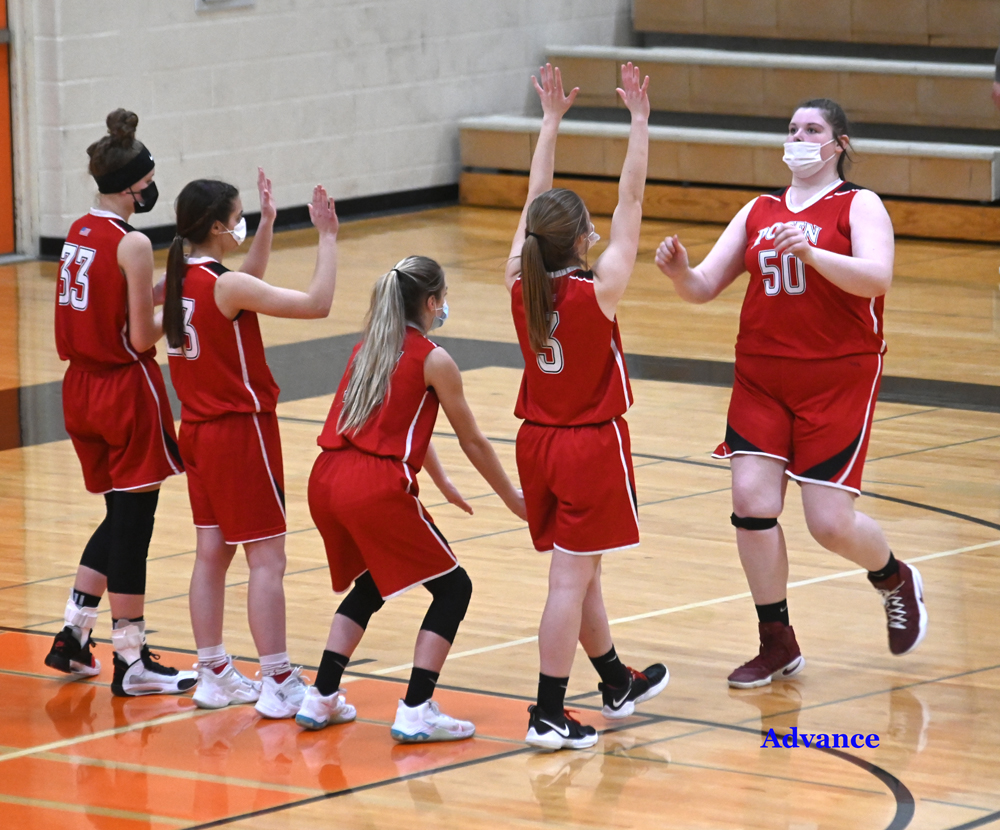 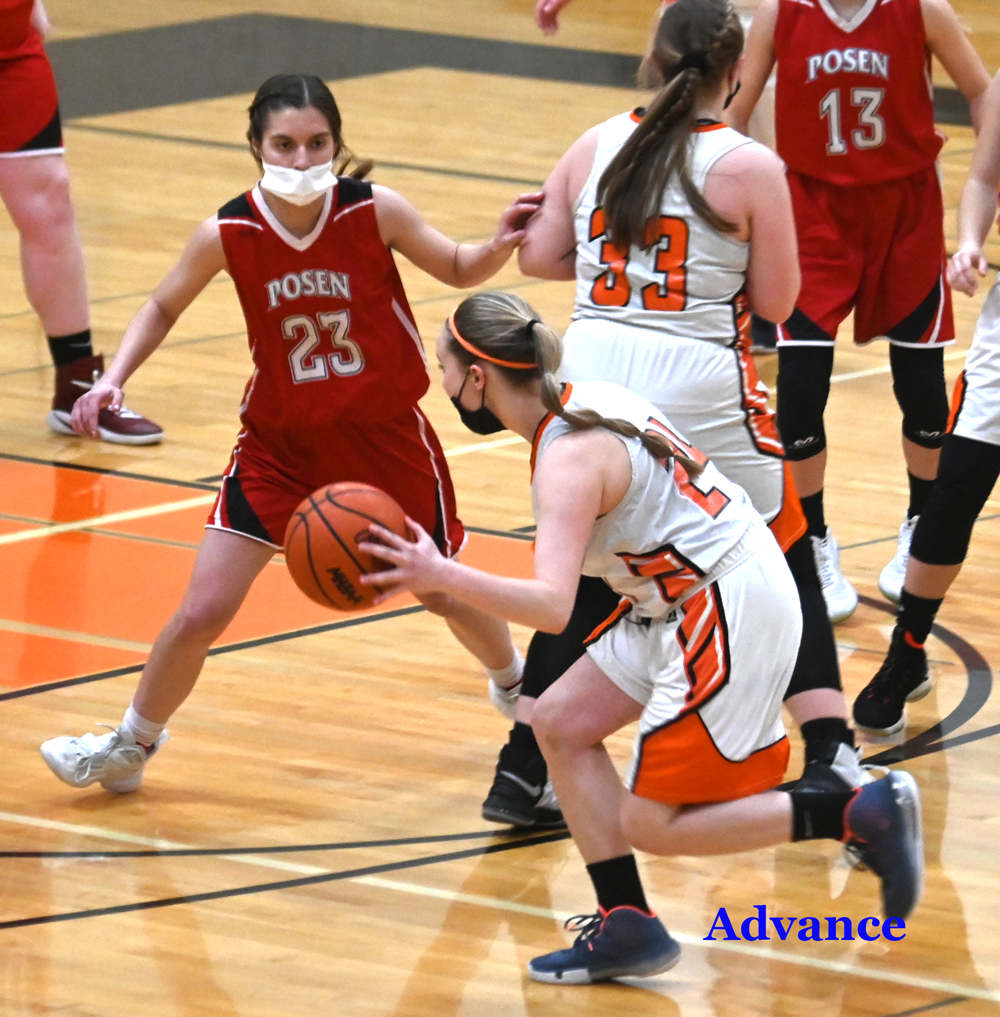 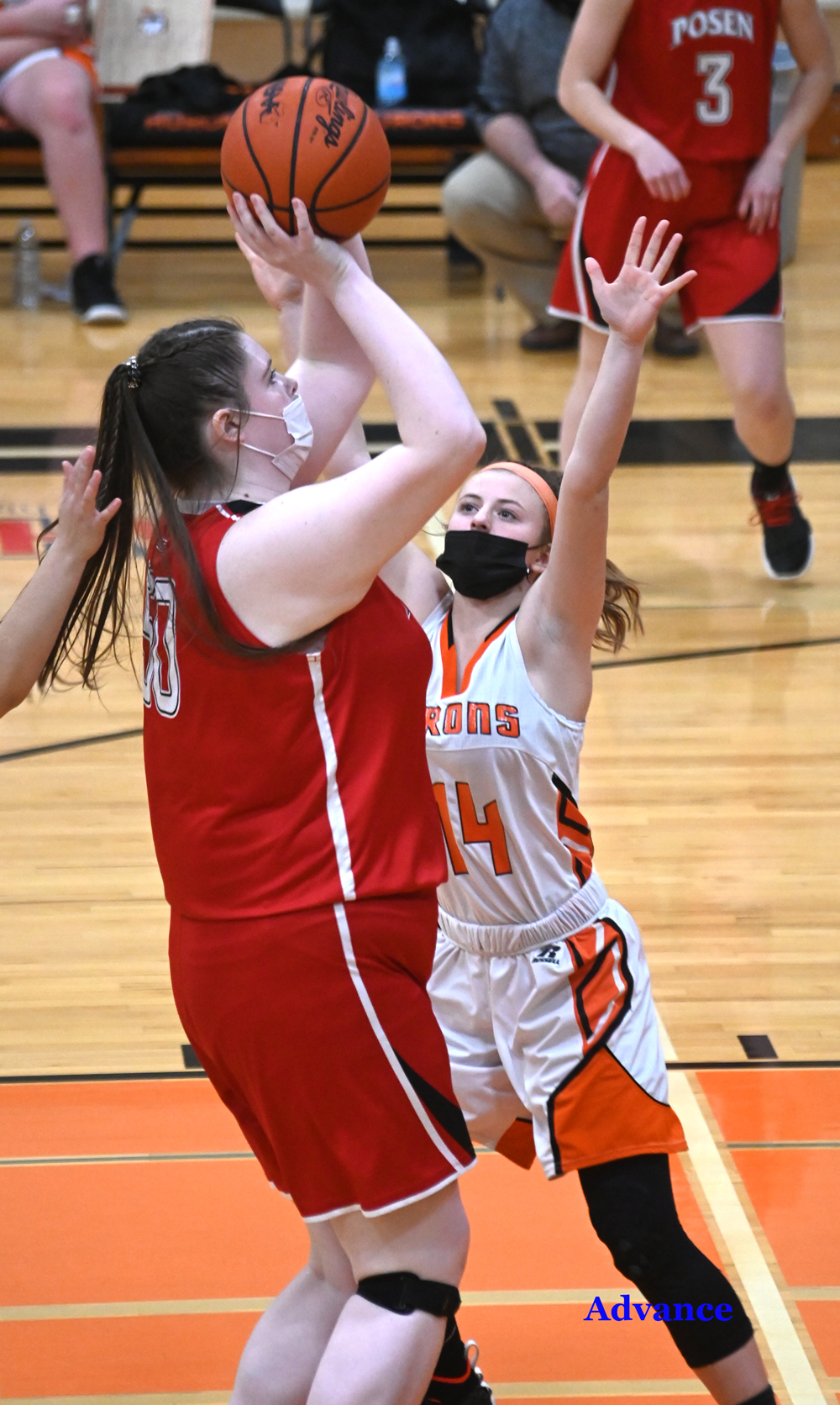 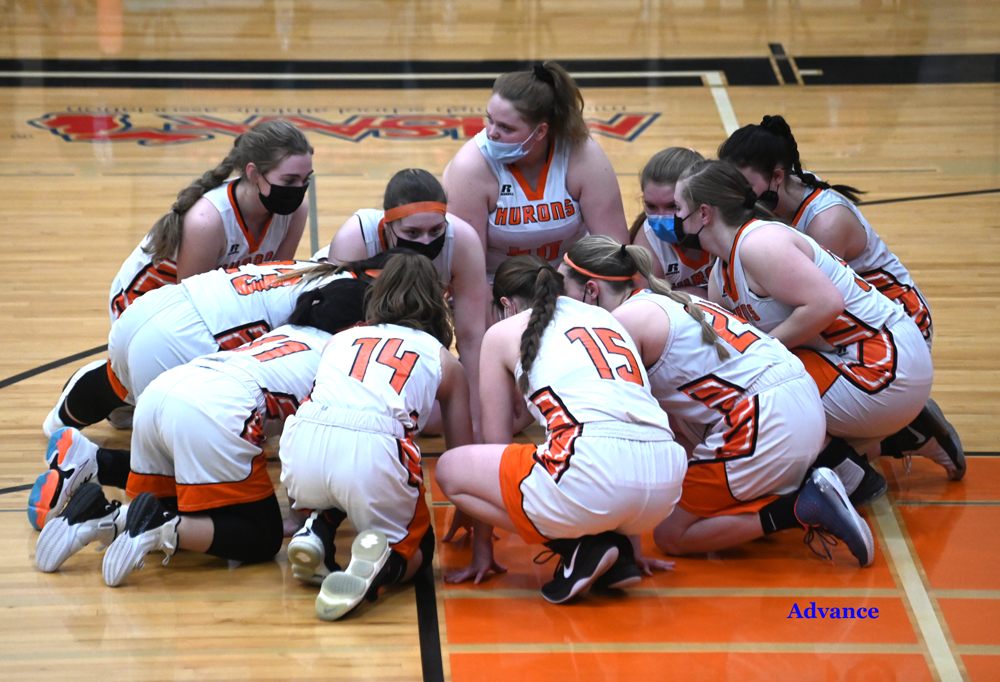