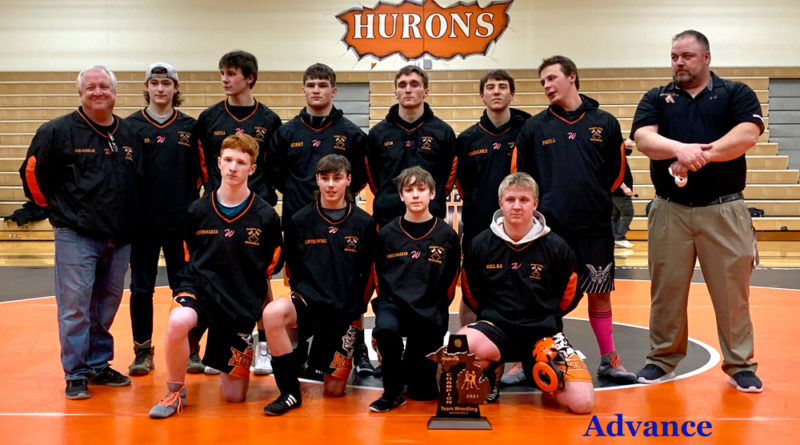 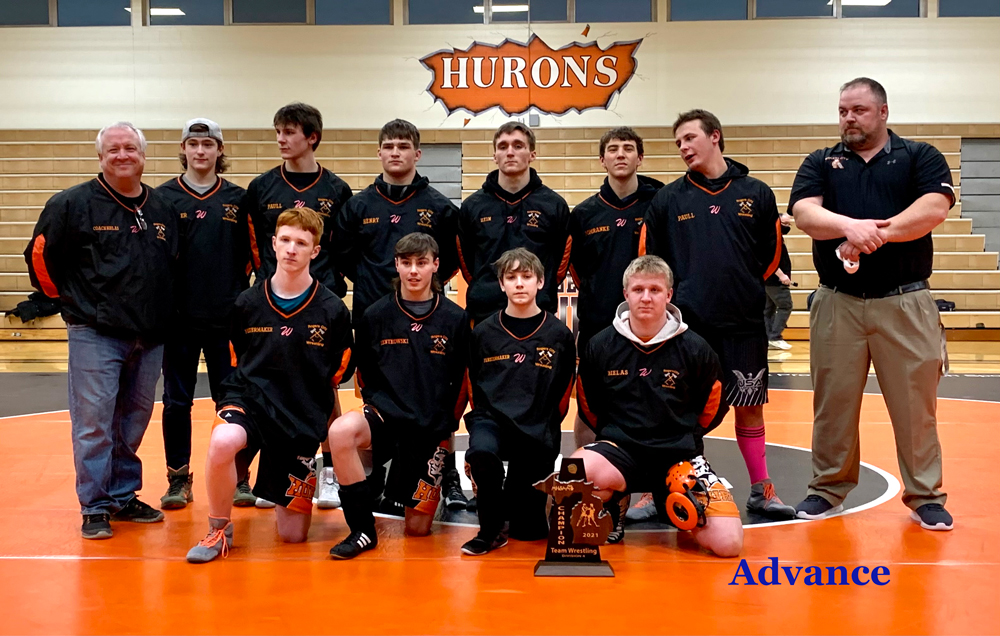 Rogers City moves on to the team regional after defeated Charlevoix 51-30 on the home mat Wednesday (March 17). The Hurons used the power of six pins to send the Rayders home to end their season.

After Caden Fenstermaker won by void ad the opening weight of 135, and Rogers City voided at 140, Isaac Paull came through with a pin in 36 seconds of Jamie Parrish at 145.

Isaac Hein made quick work of Justin Whisler at 152, pinning him in 52 seconds to give the Hurons an 18-6 lead.

Then came the most exciting match of the day. Trailing 4-0 heading into the third round at 160, Jake Pomranke turned it around pinning Trevor Streeter at 4:51.

Austin Fenstermaker won by void at 103 and Rogers City voided at 112.

Hayden Hentkowski had the quickest pin of the night, taking Anthony Wise at 119 in 25 seconds.

The Hurons now advance to the regional round at a site to be determined in the Upper Peninsula.

Onaway lost 48-24 in the opening match of the districts.

Winners for the Cardinals were Dylan Crowe fall at 140; Brendon Fenstermaker, fall at 145; Gavin Green and Hudson Decker, who all won by pins. 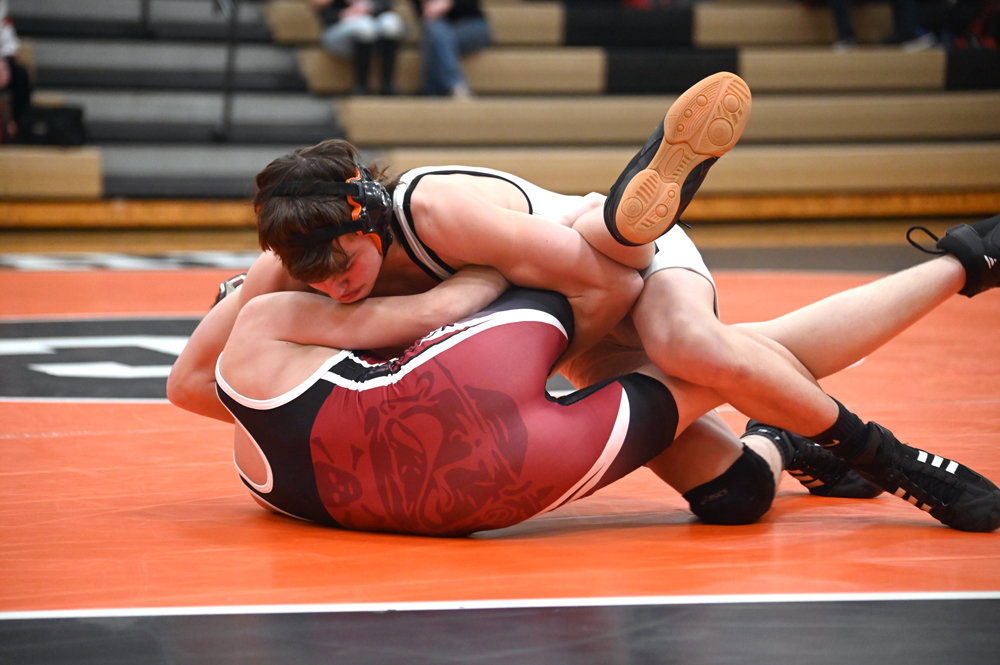 Hayden Hentkowski pinned his opponent in 25 seconds in the district championship. (Photo by Richard Lamb)