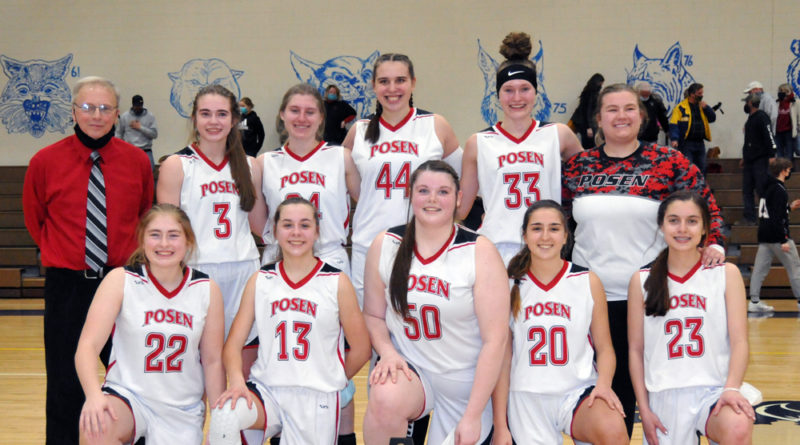 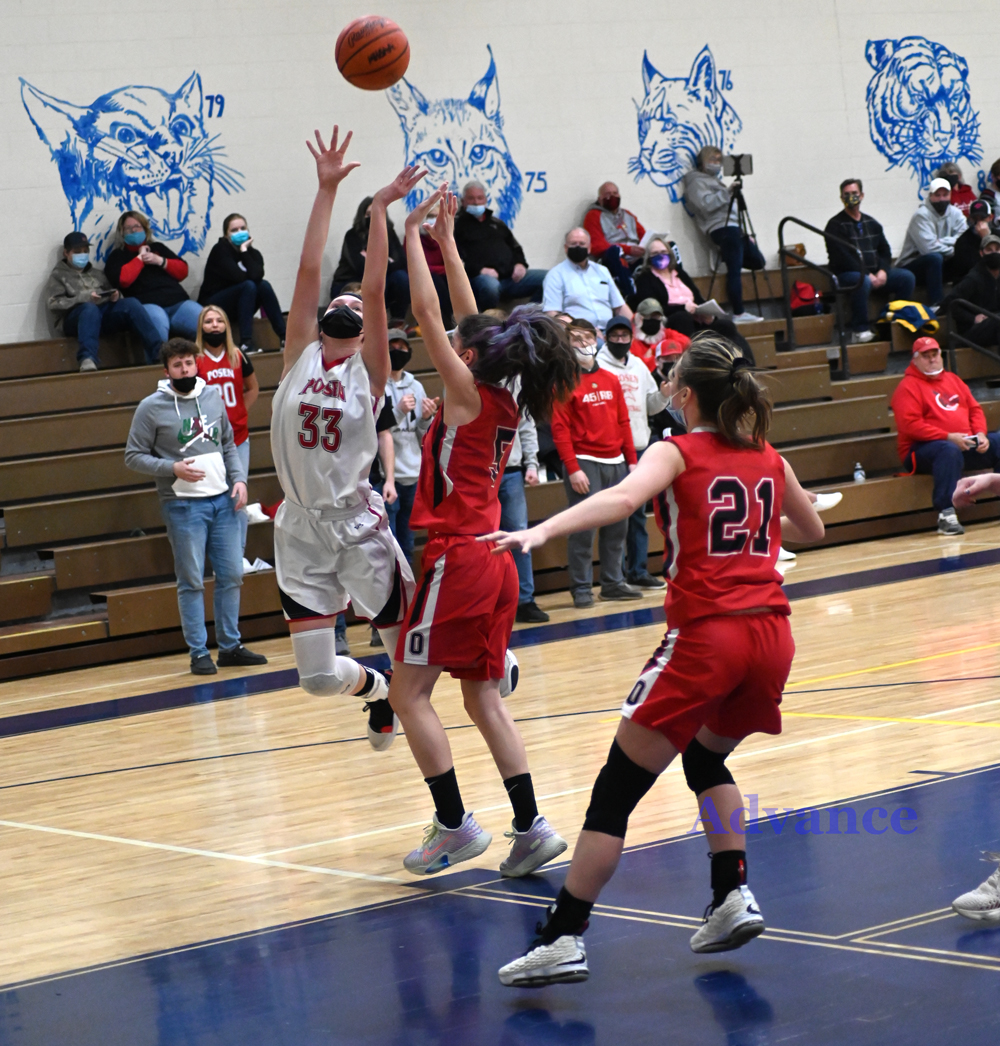 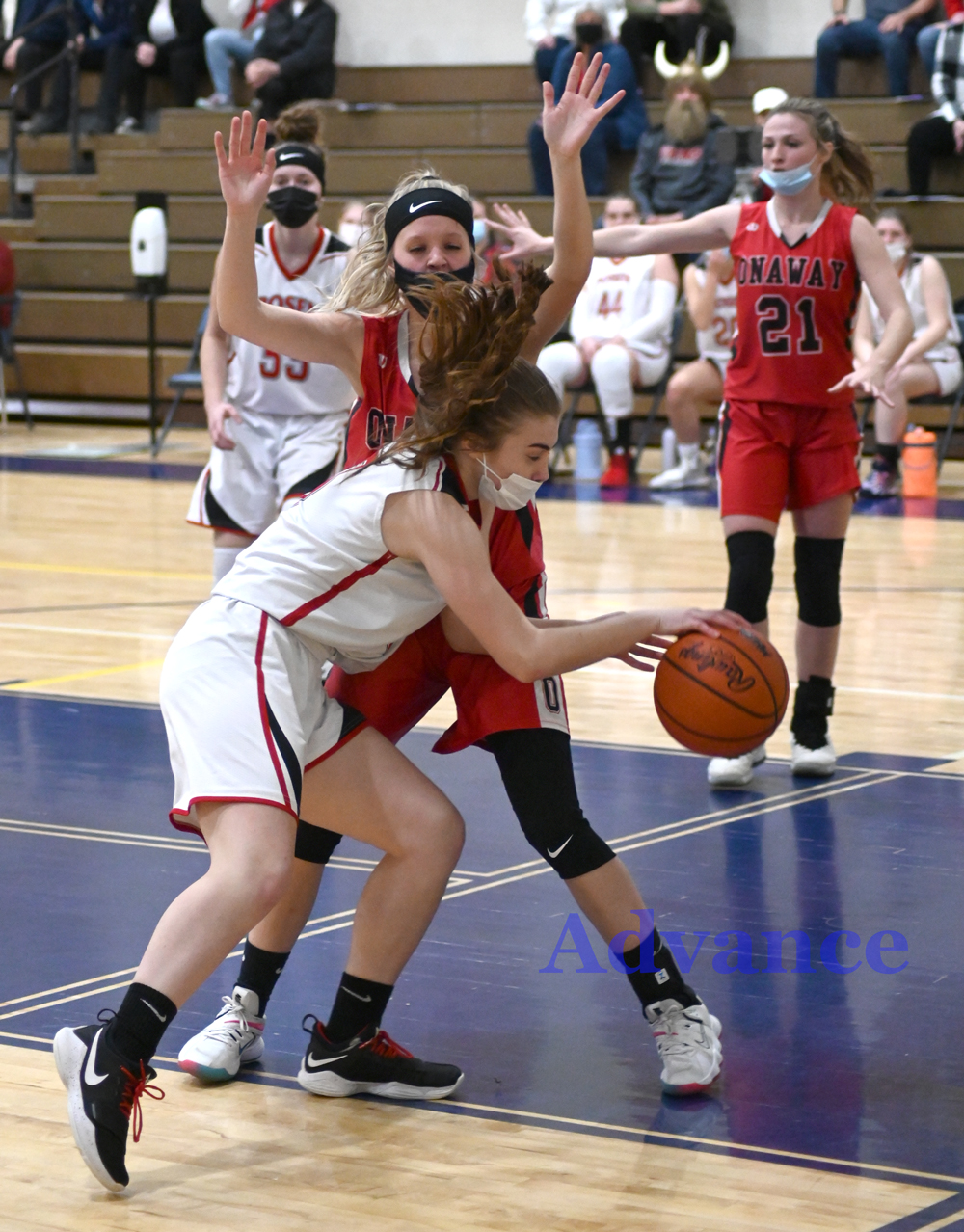 The Posen Vikings (15-1) overcame a slow start and stifling Onaway (9-9) defense to earn a district championship Friday in Wolverine. The 44-29 Posen win sends the Vikings into Monday’s regional semifinal game against Mackinaw City (17-2) at 7 p.m. in Pellston.

The Cardinals used an effective slow-down offense to take nearly three minutes off the clock at the end of the first quarter. Leading 7-4, Onaway held possession from 4:15 to 1:45 on the game clock before putting up a shot. Breya Domke, Onaway’s senior center, had eight points in the quarter on a variety of inside shots to lead the Cardinals to an 11-6 lead after the first quarter.

Taylor Larson stole a pass and went all the way for a layup on the first possession of the second quarter to give Onaway a 13-6 lead. The Cardinals’ press gave Posen some trouble in the early-going. With Posen junior Makayla Kamyszek forced to the bench with two fouls, Onaway extended its lead to 17-10 with 5:09 left in the second quarter after Domke’s sixth field goal of the first half.

Abi Schellie answered that bucket with a baseline jumper for Posen but Domke came right back on the next possession to keep the lead at seven. The score stayed the same until Posen freshman forward Ella Szatkowski’s bucket with 1:44 left in the half and sophomore guard Faith Cousins’ drive with 13 seconds–same as her jersey number–left in the half.

Onaway held on to a 19-16 lead at halftime and had Posen on its heels.

Kamyszek’s drive around four Onaway defenders gave Posen a 27-24 lead and caused Onaway’s coach Mike Crull to call for time. Posen’s Elizabeth Romel squashed any thoughts of having the momentum stop by draining a 3-pointer. Then Kamyszek hit a drive while being fouled by Domke and a free throw to move the lead to 33-24.

Now with possession and a nine-point lead, it was time for Posen’s coach Karl Momrik to take some time off the clock. Posen milked about two minutes off the game clock before Szatkowski was fouled and hit both free throws. Posen had a good night from the line, connecting on 11-of-15 attempts. Onaway had only two free throw attempts all game-long.

A 3-pointer by Onaway guard Nicole Larson cut the lead to 35-27, but that is as close as the Cardinals could get.

The Cardinals’ plan worked for a while to slow down Posen.

“We wanted to be patient. It is a fine line between completely stopping them and slowing them down. I was proud of them. We had a game plan and we executed really well in the first half,” said assistant coach Mike Crull, stepping in during the absence of head coach John George.

“Head coach John had a prior engagement and he had to go. It would have been really easy for the girls to roll over and give up, but they didn’t. Hats off to Posen. That is a really good team.”

For Momrik, his team is on a roll. After losing the season-opener to Oscoda, Posen has run off 15 wins in a row, overcoming a slow-down offense by Onaway in the first half.

“They wanted to go into halftime with the lead so they slowed the game down. We can play it both ways. I think we rattled them a little bit when we got the lead in the third quarter and from then on we added slowly to it and finally put it away in the fourth,” Momrik said.

Momrik said a key to the comeback was the defensive job Szatkowski did on Domke, holding the Onaway senior to just two points in the second half.

The semifinals are set for April 7 at Van Andel Arena in Grand Rapids and the finals are April 9 at the Breslin Center in East Lansing. 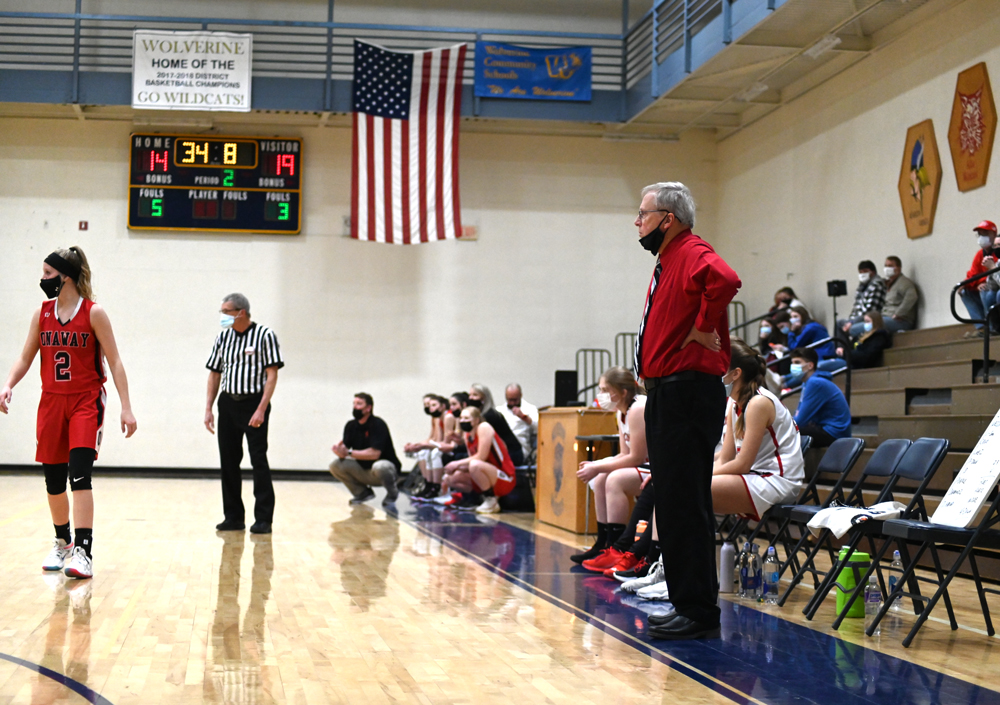 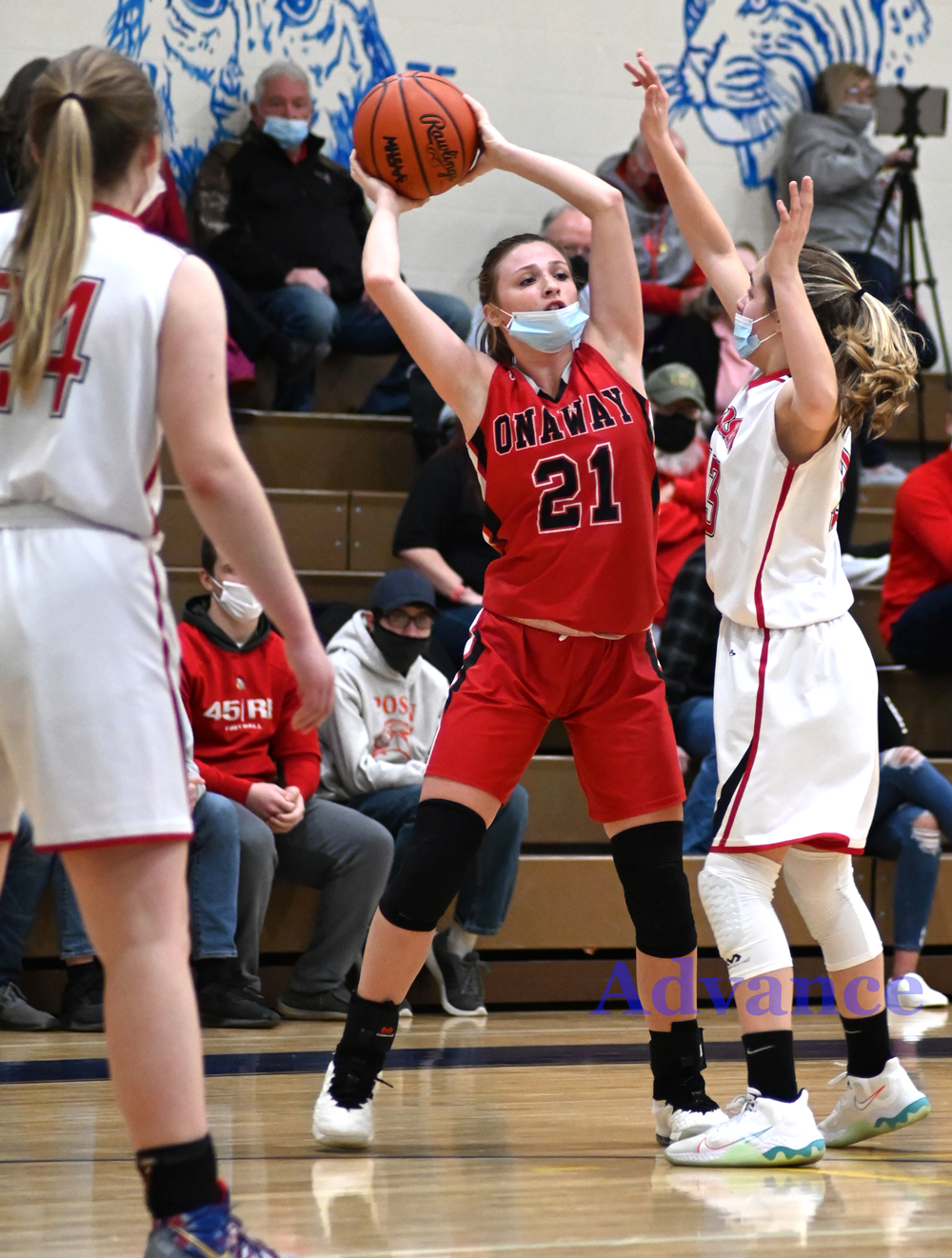 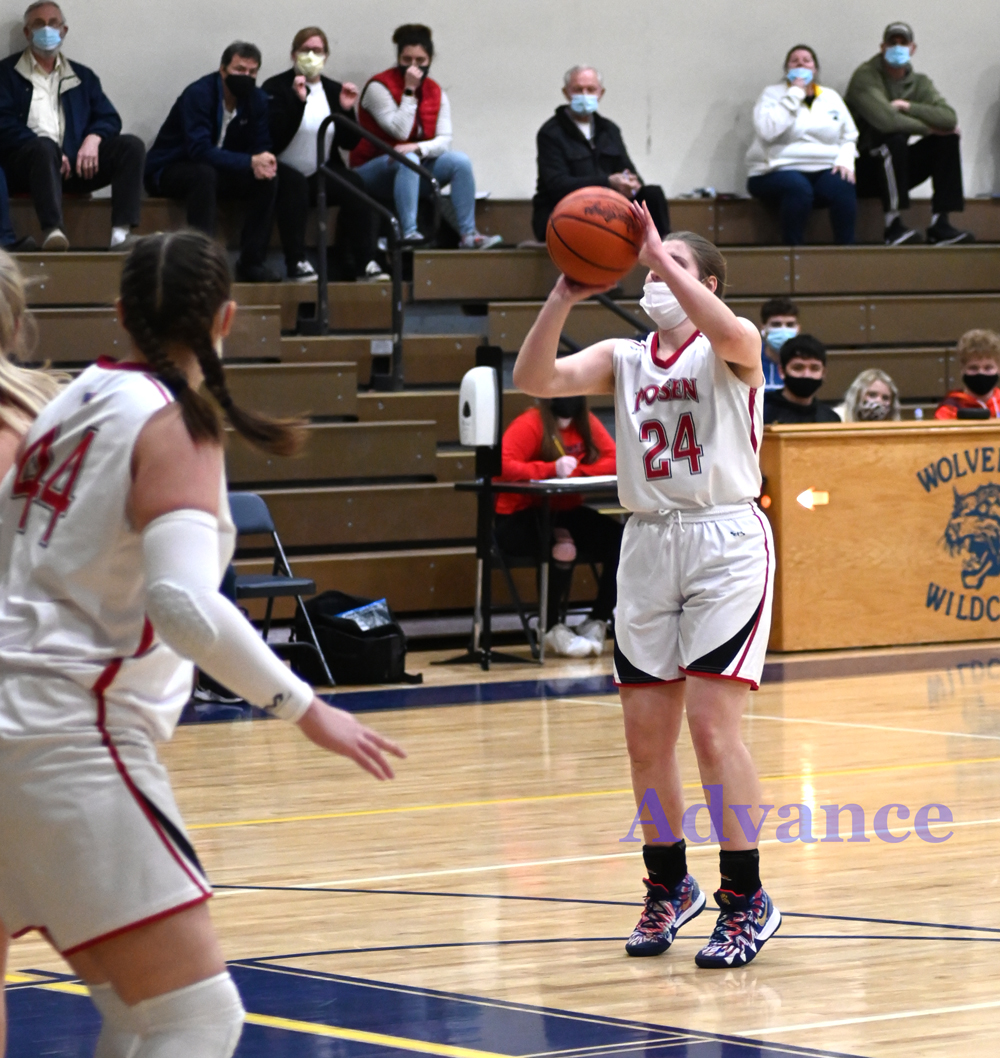 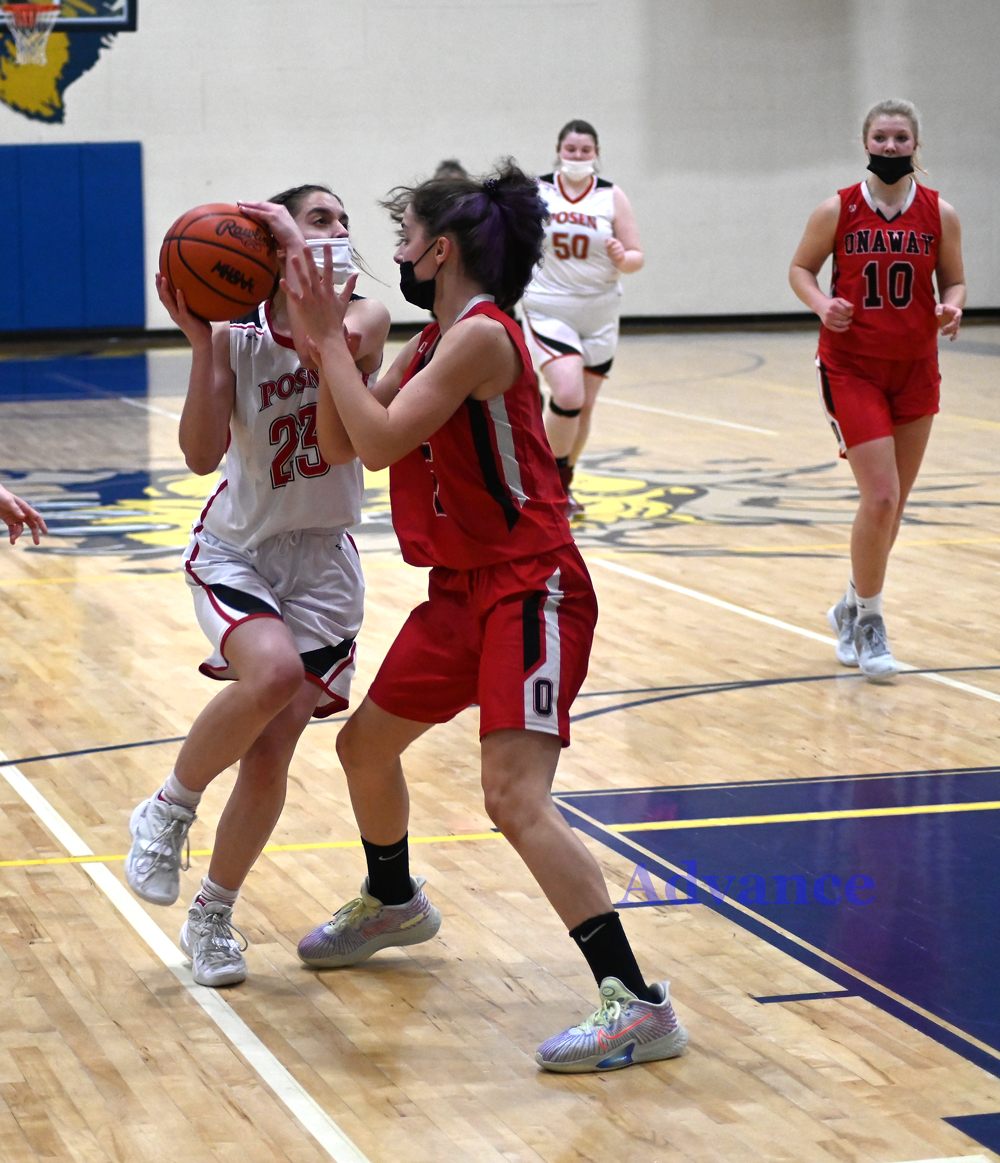 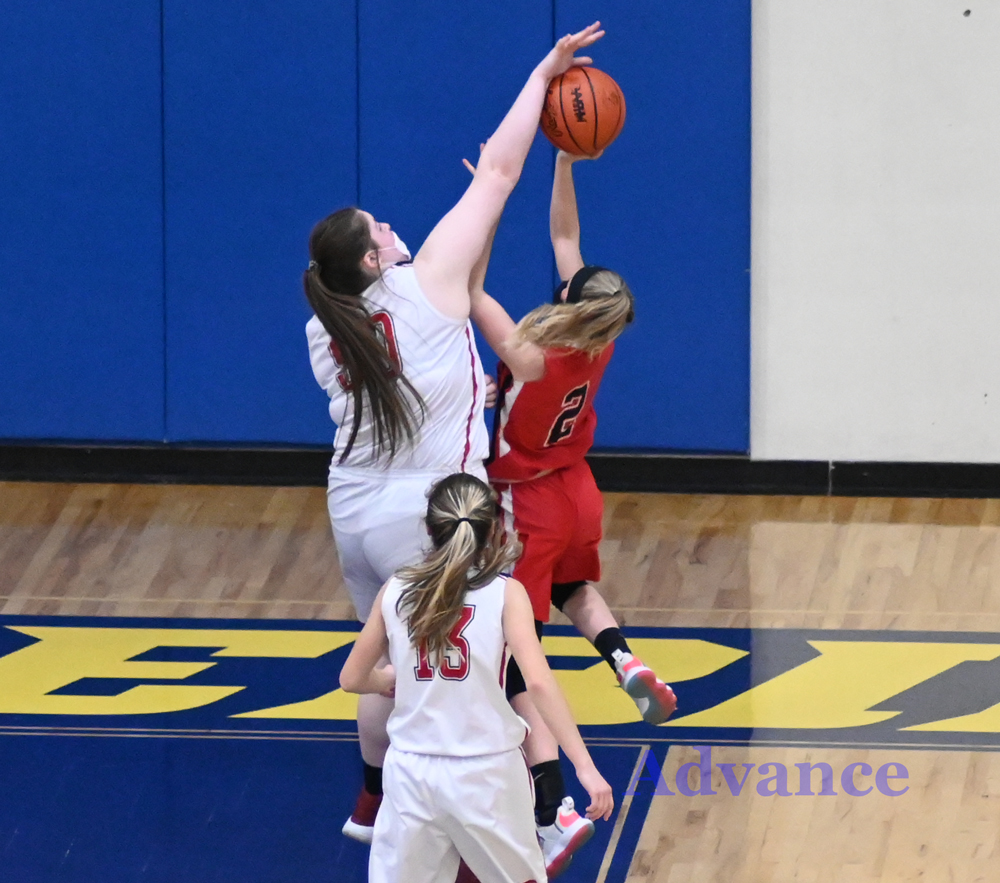 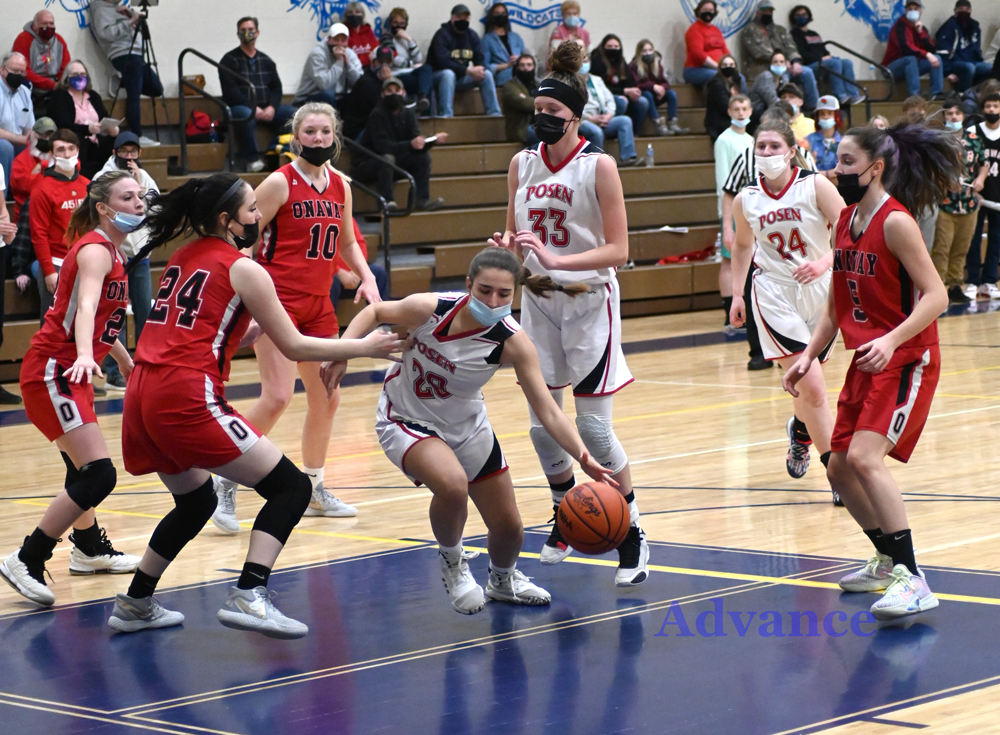 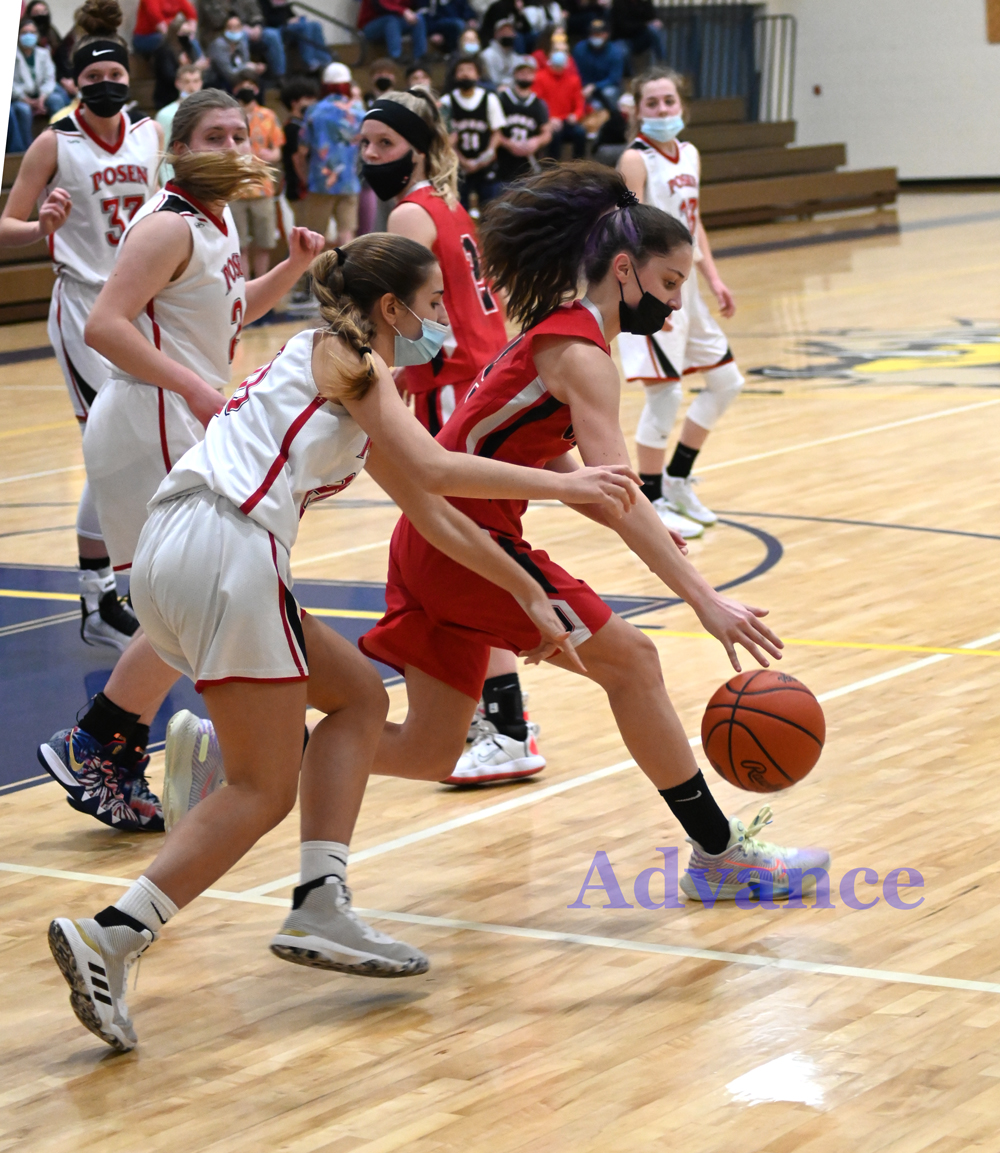 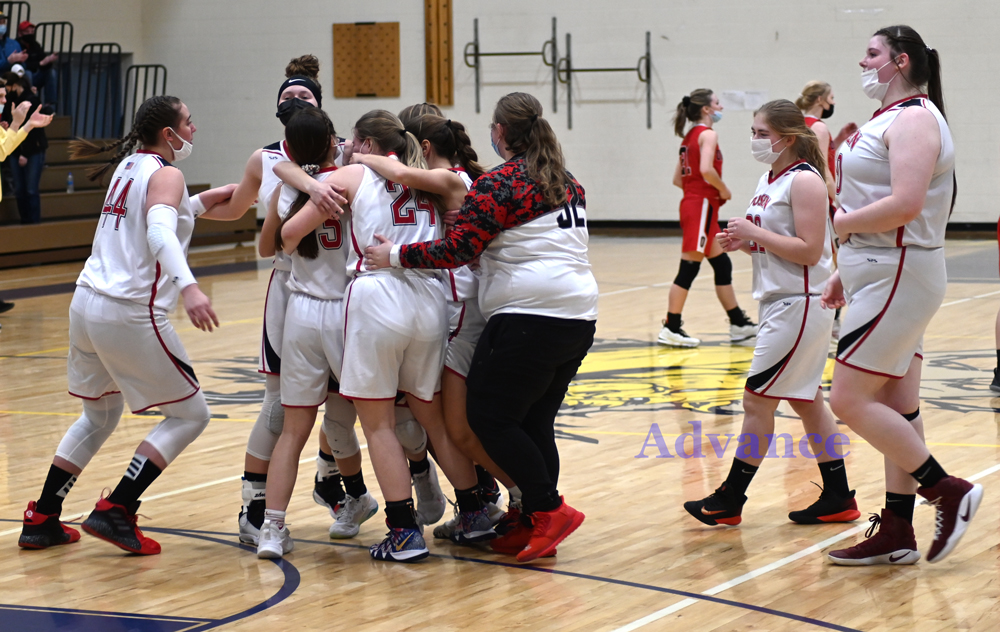 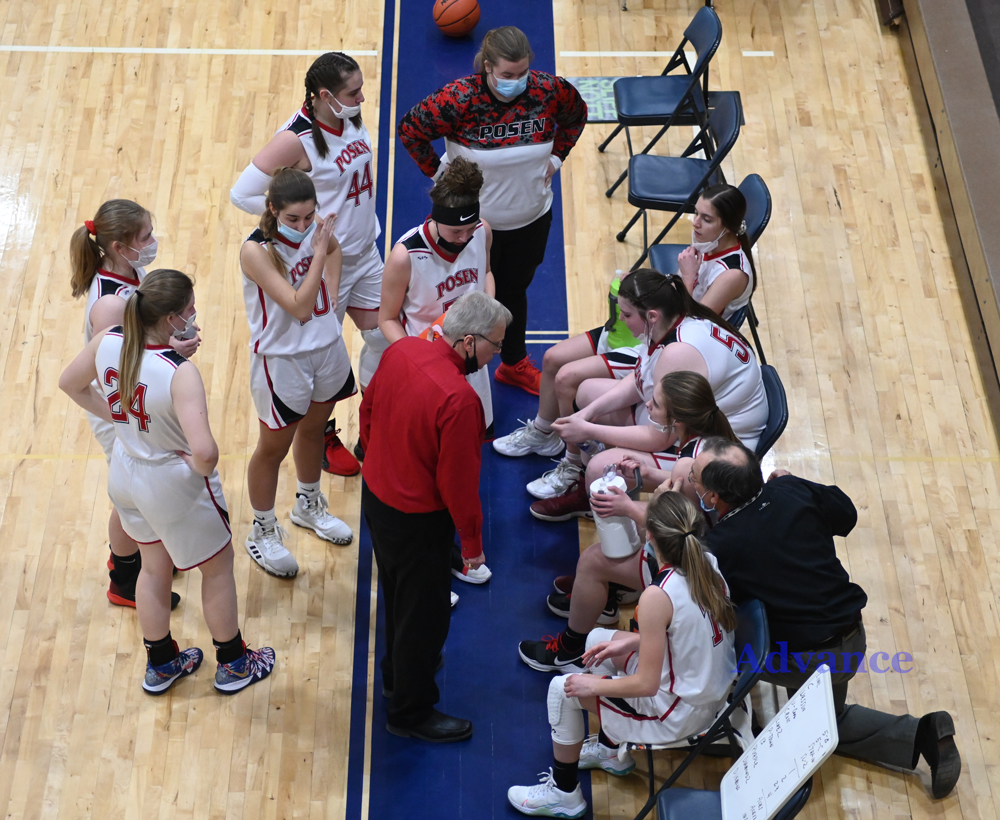 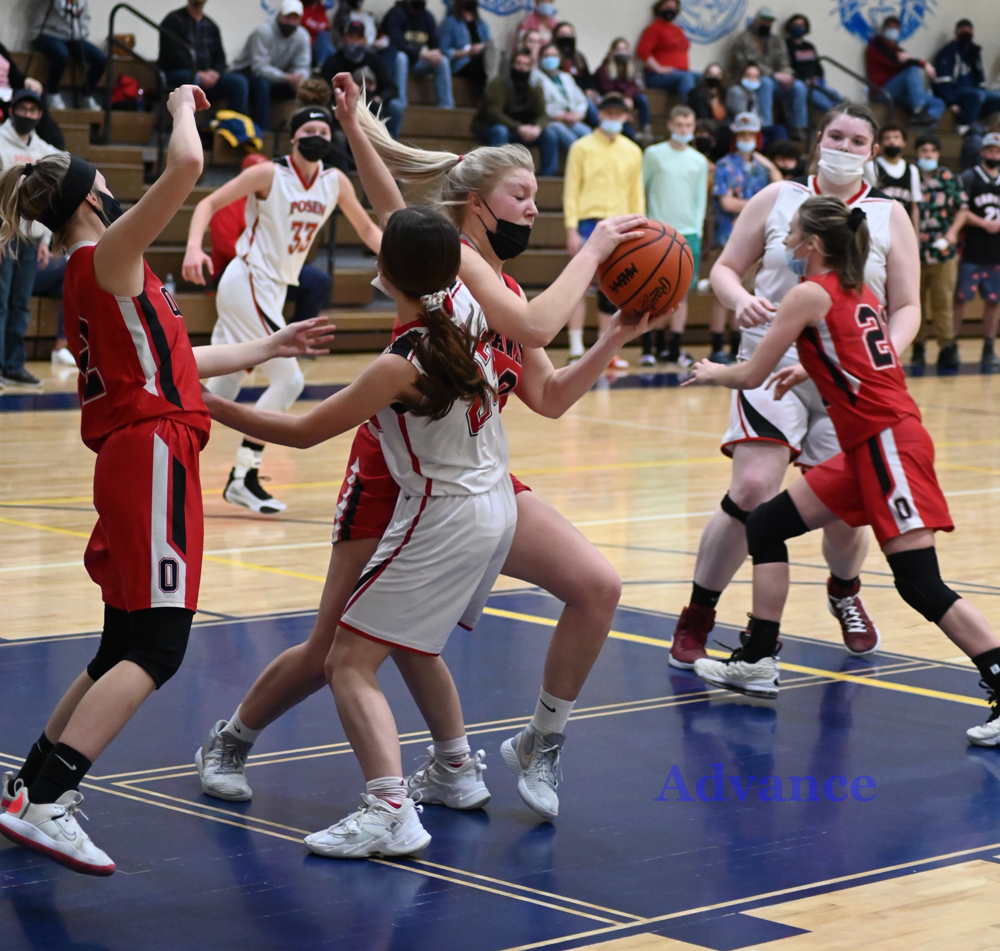