Lawrence “Larry” Dornoff passed away April 11, 2021 at the age of 67, in Rogers City. He passed away peacefully at home surrounded by those who loved him after his hard-fought battle with cancer.

He surpassed the odds set by his doctors, proving what a true warrior, he was. He was born to Lawrence and Norma (Ice) Dornoff June 22, 1953 in Dearborn. He graduated from Sacred Heart High School in 1971. After high school, he went on to a career at Ford Motor Company, retiring after nearly 30 years. 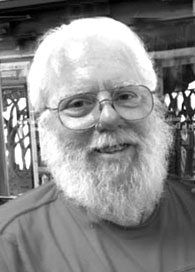 He was proceeded in death by his sisters, Norma Marie and Beverly; his mother, Norma; his father, Lawrence; and a granddaughter, Layla.

Larry, known to many as “Wolfman,” was a biker who loved pina coladas, and getting caught in the rain.

He took his motorcycle out any time he could and loved to listen to blues. His barbecue was second to none. To some, he looked like a tough, tattooed biker, but to those who knew him, he had a

heart of gold and even played Santa down at the children’s hospital on occasion. He could be stubborn at times, but he was a loving husband, great father, and wonderful grandfather. He will be missed dearly by all who had the pleasure of knowing him. “The world will not be the same without him in it, but we look forward to the day that we meet again.”

Arrangements are in care of the Beck Funeral Home. Private services will take place at a later date.

In lieu of flowers, please send donations to Hospice of Michigan (https://www.hom.org/) or Friends Together (https://www.friendstogethermi.org/).