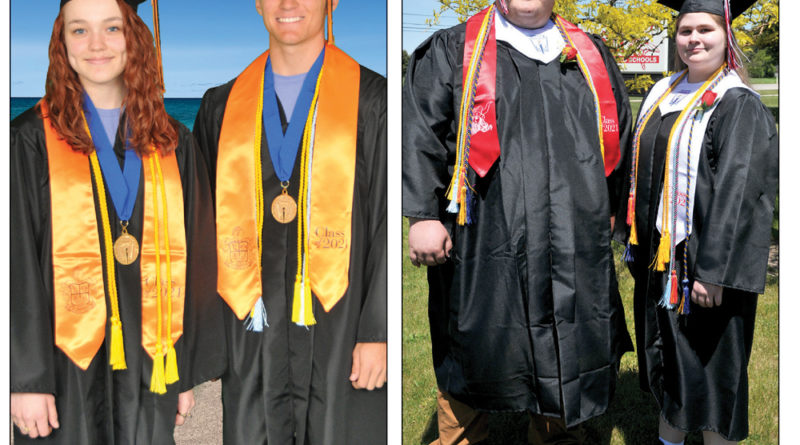 It’s due mainly to lingering concerns and remaining restrictions of the novel coronavirus pandemic. Both ceremonies will be on each school’s football field.  The ceremony in Posen starts at 7:30 p.m. Friday, while Rogers City’s starts at 2:30 p.m. Sunday.

From early weather reports, there’s not much concern about rain, as the area has been experiencing drought conditions, but it is going to be hot and humid on Sunday, according to the National Weather Service Office in Gaylord.

“It’s going to be around 90 degrees Fahrenheit,” said NWS meteorologist Andy Sullivan. “It is hoped, maybe Presque Isle’s way, there could be a lake breeze. It’s also going to be on the humid side as well. Not oppressively, but it is still going to feel pretty uncomfortable.” 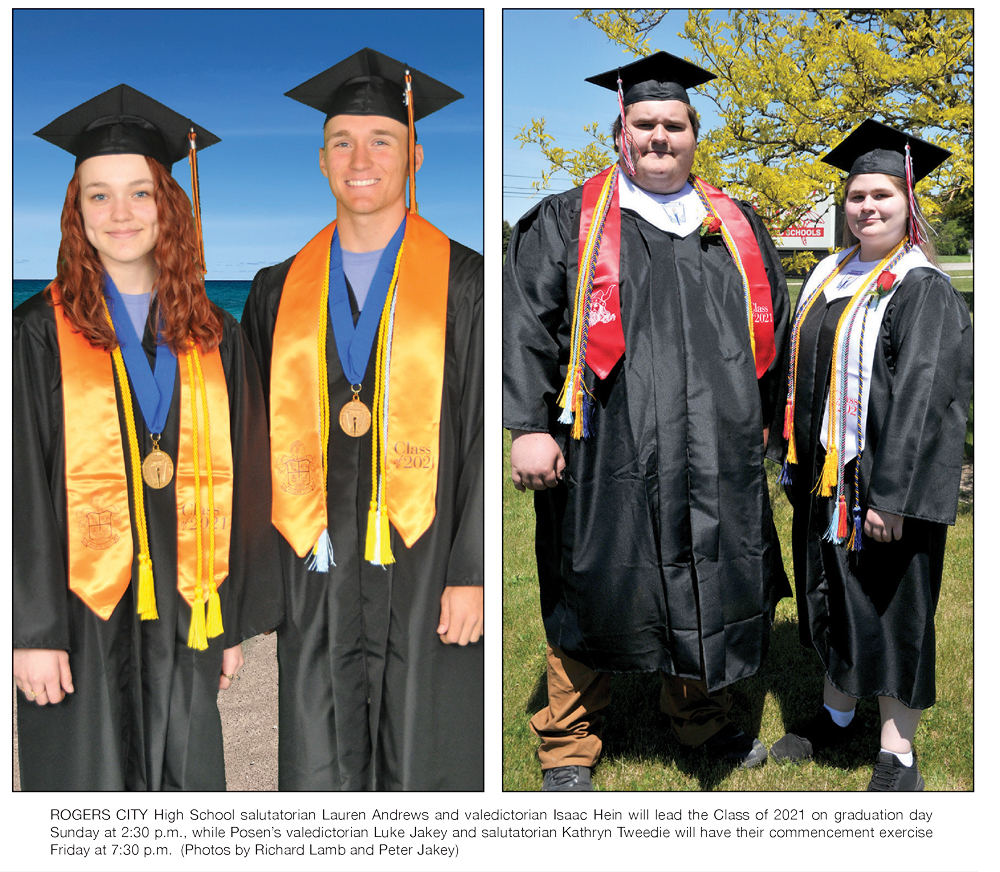 Sullivan admits that it would have probably been just as warm in the high school gym.

Superintendent Nick Hein was concerned about rain, but Sullivan said, “We don’t have any rain chances that day.” The same goes for the ceremony in Posen. There is no rain in the forecast.

The ceremony at Gilpin Memorial Field will start with the national anthem and acknowledgements by school board president the Rev. Dr. Greg Zurakowski and Hein, following by speeches from salutatorian Lauren Andrews and valedictorian Isaac Hein.

Diplomas will be handed out one-by-one to the 57 seniors, who will then turn their tassels and officially become graduates.

Superintendent Michelle Wesner will present the graduates, while Andy Stone follows her to the podium with the traditional school board president’s address. Stone will present the diplomas before Wesner’s final remarks.