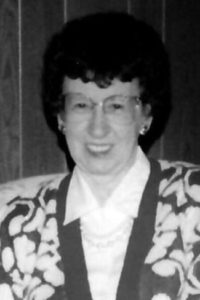 Irene graduated from Rogers City High School in 1949. On September 9, 1950 she married Neal Hughes at St. Ignatius Catholic Church. She was a homemaker and enjoyed many camping trips with her family.

She was preceded in death by her parents, Andrew and Rose; her husband, Neal; her stepfather, Edward Steinke; a daughter-in-law, Sally Hughes; and a grandson, Zachary Stevens.

Visitation was at the Beck Funeral Home Sunday, July 11, with the parish wake service that evening with Sister Mary Michelz conducting. Visitation resumed Monday at St. Ignatius Catholic Church until time of her Mass with the Rev. Rolando Silva officiating.

Memorials may be given to Orchard Manor AFC Home or Hospice of Michigan.