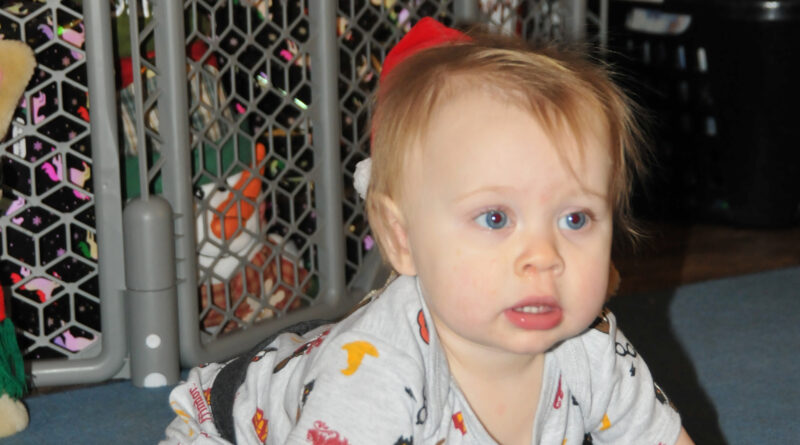 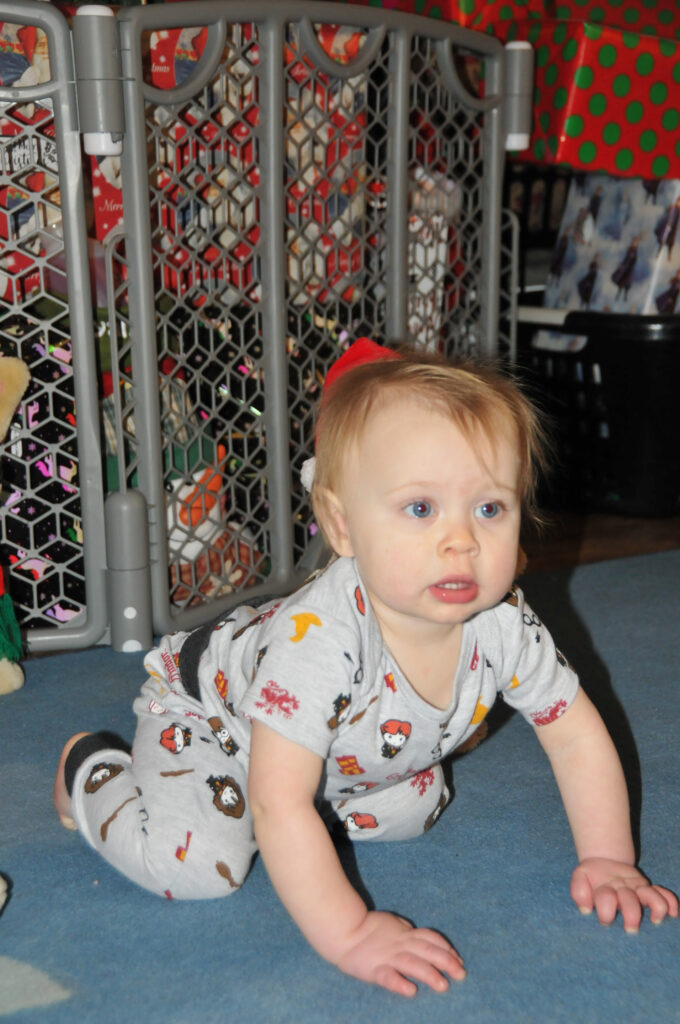 Jaxson Dean Budnik, Presque Isle County’s 2021 New Year’s baby, is closing in on his first birthday this Tuesday. It did not take long to crown the 2021 baby earlier this year with Jaxson coming into the world, Jan. 4. He also was MidMichigan Medical Center of Alpena’s first baby.

The son of Steven and Alyssa Budnik of Hawks will have his reign come to an end sometime in the coming days and weeks with the ushering in of the 2022 baby.

The wait starts at the stroke of midnight, and just like last year, there will be a slew of gifts to shower the family with.

Jaxson is doing well, and when it comes to boys, he has all the traits already. His parents had to surround the Christmas tree with plastic fencing to keep Jaxson from tearing through unopened presents.

“He got big, really fast,” said Alyssa. “Just within the last two months all of his teeth are starting to come in.”

“Nope, dad was,” Steven chimed in.

“I think I was at work,” Alyssa continued. “So, I missed that one.”

“And he likes to say ‘dad,’ ” Steven was proud to mention.

The grandparents are Dave and Shirley Budnik of Posen; Liza and Gerald Ruiz of Kimball; and Wayne and Jennifer Bober of Rogers City.