Loretta “Lori” Marie (Belisle) Schweyer, 82, of Onaway, died Sunday, April 17, 2022 in her home. She was born in Detroit at Florence Crittenton Hospital November 24, 1939 to Ronald and Bernadine (Hyde) Belisle. Lori entered the convent to the order of Sisters of Saint Joseph in June 1958 in Nazareth and took the name Sister Janet. She left the convent in 1963 because she was called to marry and raise a family. She was married to Tom Schweyer June 27, 1964 at St. James Catholic Church in Ferndale. 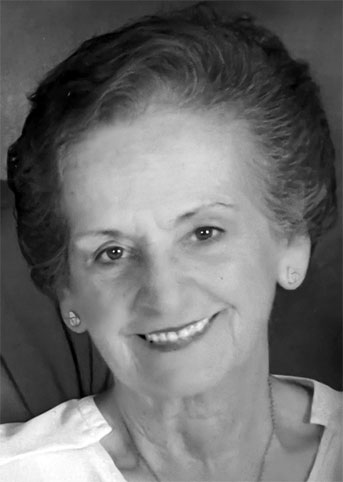 Lori continued her faithful service through many years as a Catholic educator and as a lay associate with the Adrian Dominican Sisters. Lori graduated with her bachelor’s degree in education from University of Detroit and her master’s degree in education administration from the University of Toledo. During her career she served as an educator at several Catholic elementary schools, one of her favorites being third grade at St. Rose in Perrysburg, Ohio. She also served many years as a principal before retiring in 2001 from Our Lady of Perpetual Help in Toledo.

Lori had an appreciation for adventure and fun, always looking for opportunities to check things off her bucket list. She became an accomplished hunter, went skydiving for her 60th birthday, horseback riding and cliff jumping in her 1970s and bear hunting in her 1980s. She welcomed those around her with open arms and never met a stranger, regularly making friends wherever she went. Lori was an avid gardener and shared her perennials and harvests with many. She especially enjoyed cooking, baking and sharing recipes and meals with those around her. Most of all, her greatest joy in life was the time she spent with her grandchildren and great-grandchildren.

Lori and Tom started their retirement in 2001 and spent almost 20 fun and friend-filled winters at Orange Harbor in Fort Myers, Florida where she was a member of the painting club and vice president of the social committee.

Lori is survived by her loving husband of 57 years, Tom; chi

In lieu of flowers, donations can be made to St. Jude Children’s Research Hospital or Capuchin Soup Kitchen. At this time Lori will be honored by her family privately with a Celebration of Life being planned for a later date. Cremation arrangements were in care of Chagnon Funeral Home.