Susan “Susie” Marie Blake, 87, of Rogers City passed away peacefully April 7, 2022 at home. Her friends and family were nearby. 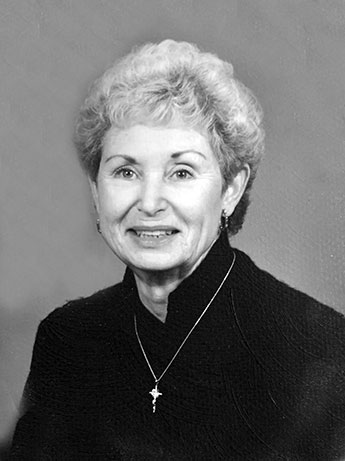 She was born January 29, 1935 in Rogers City to Eli and Blanche (Schepke) Mulka.

Everyone who knew Susie knew that they would always receive a warm welcome at her home, as well as delicious food and plenty of libations. When her own mother died, Susie stepped up to care for her younger siblings and to help her father through his grief. For many years, Susie made sure that Eli had good food to eat and a place to enjoy the warmth of family.

Grandma Susie/aunt Susie/mom really knew how to make the holidays special. Every summer, she hosted anyone who wanted to stay at the cottage on Grand Lake. She provided the food and did the cooking and cleaning for her siblings, their spouses and ever-growing families, often hosting as many as 15 people for weeks at a time.

She set the standard for a generous and very merry Christmas, as well as the picture of gratitude at her Thanksgiving dinner. She was a warm and loving mother, and always a good wife to her husband Ernie Blake, even when he was very ill. She sat patiently with him through his travails and helped him return to robust health. She inspired her children to study hard, work hard and keep the faith. Her example of strength through several lost pregnancies and the tragedy of losing a toddler showed her great fortitude.

Susie was very bright and capable. She was an excellent spitzer player and always won the first game. She would’ve won more, but she had to make dinner so everyone else could carry on playing. She was very devoted to her children and grandchildren in California. For 27 years, she and Ernie made the long drive from Rogers City down to Orlando Florida and then across the whole southern U.S. up to the San Francisco Bay area. She returned every spring straight back to Michigan with the robins.

She is survived by three children, Kathleen (Todd) Rose of S

She was preceded in death by her husband, Ernie in 2014; her parents; her brother, James; and three children, Mary, James and John.