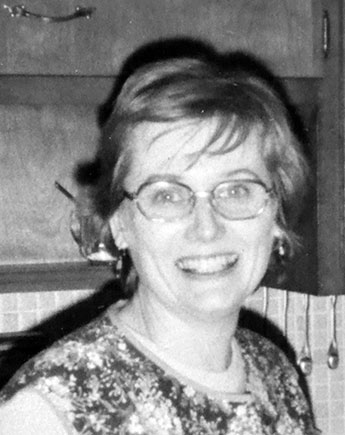 Patricia was born to Hazel and Herbert Pruett May 4, 1933, in Tahlequah, Oklahoma. She spent her early years in Tahlequah, and eventually moved with her mother and stepfather Ercell Gooch to Tooele, Utah, where she grew up and graduated Tooele High school in 1951.

Becoming an Army wife had it challenges and benefits. You got to travel and move frequently!

Pat and Leo were stationed at various countries and states over the next 20 years. Pat counted at least 24 moves, maybe more.

During that time they welcome five children, Madonna, John, Timothy, Joseph and Phillip. She took all this in stride, while doing sewing, canning, cooking and whatever it took to run a household.

She took on the role of a Cub Scout leader for the two youngest boys and attended some college courses over the years.

Leo retired from military service while they were stationed in Ohio. They eventually moved to Missouri, where Leo worked for the Civil Service and Pat became involved in the Christian Outreach Center.

During their early retirement years, they traveled some, visiting family and friends. They spent some time in California caring for her father, Herbert Pruett, before he passed. They also traveled to Texas taking care of her mother, Hazel Gooch, until her passing. While in Texas caring for her mother, she decided that if she was staying in Texas she wanted her own home, but she made it clear that it was NOT going to be next to her mother or next to her daughter Madonna.

Unfortunately, by then her illness was very apparent and they decided to settle down in Garland, Texas, where Madonna lived.  Although they ended up on the same street, she kept her word and did not live next to Madonna. One house between them was OK.

Patricia is survived by her beloved husband of 70 years Leo Siecinski;  along with their five children; 11 grandchildren; and  10 great-grandchildren.

Internment will be at DFW National Cemetery April 20, 2022.

In lieu of flowers, please donate to your favorite charity.