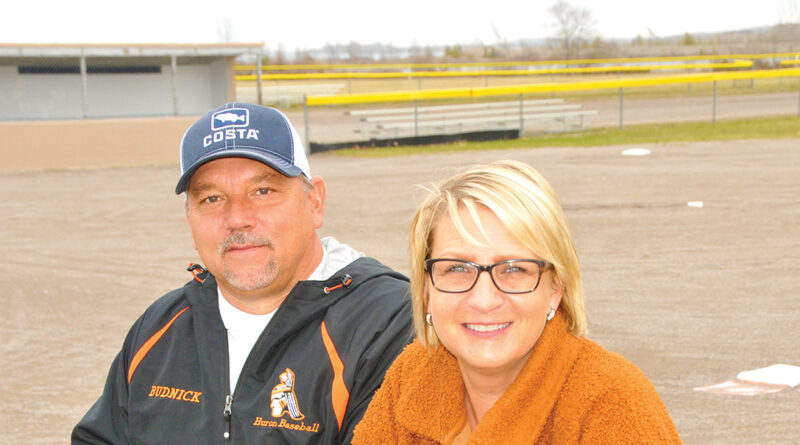 The parade through town, a tradition going back to the 1950s when the program started, begins at noon Saturday with a route along Third Street to Woodward Avenue east toward South Shore Park. There are 26 teams that will participate in opening day ceremonies.

The Budnicks were heavily involved in Rogers City Little League for a span of 12 years starting in 2002 when their oldest child entered T-ball.

Cory served as the board treasurer and Todd was a board member and coached the couple’s children, Brooke and Kaleb. Todd also was an equipment manager and spent time grooming fields.

“It’s a great honor, especially for the years that we enjoyed when our kids were growing up,” said Cory. “We enjoyed every minute of it.”

“Yes, we did,” Todd quickly agreed.

During the Budnicks first year on the board, they were involved in revamping sponsorships.

“I remember they went right through the roof,” said Cory. “We put together different sponsorship levels, single, double, triple and a home run. We went out to every business in the communit

y and the response was absolutely overwhelming.

“We also had people who would do it in honor of someone who passed away.”

“We were able to get the all-stars here a couple of times,” said Todd. “I would come around the corner in the morning and the cars would be lined up all the way down the street and people would be tailgating like it was the big leagues.”

The two were still undecided as to what type of vehicle they were going to travel the parade route on or in, but if it comes to walking with the kids, that would be fine as well.