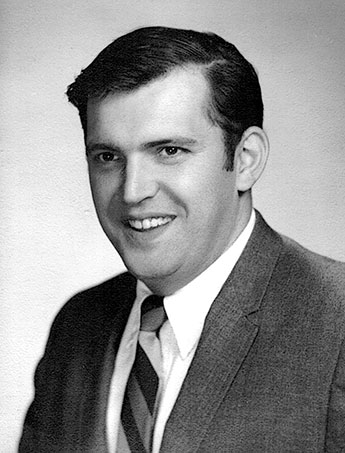 He was born February 11, 1940 in Detroit to Joseph and Rose (Hoffman) Farkas.

Joe graduated from Davison High School in 1958. He was a journeyman machinist at General Motors Co. for eight years then went to Ferris State University and received his bachelor’s degree in vocational education. Later on, he went to Central Michigan University where he earned his master’s degree in education. On June 18, 1960 he married the love of his life, Phyllis Bowman at Holy Redeemer Parish in Burton. He taught and coached football, basketball and track and field at Posen Consolidated Schools for 30 years, retiring in May of 1999. Joe enjoyed bowling, fishing, gardening and spending time with family. He was a loyal Detroit Lions’ fan no matter what.

Joe was preceded in death by, parents, Joseph and Rose; and a brother, Alan.

Memorials may be given to a charity of your choice.