Neil Kenneth Cruse was born in Wayne January 17, 1968, to Kenneth and Carol (Hosking) Martin. He passed away Wednesday, April 27, 2022, after being involved in a car accident. He was 54 years old. 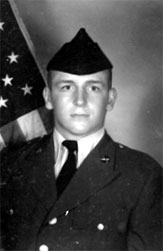 Neil attended and graduated from Onaway High School in 1986 where he played football for the Onaway Cardinals. Following graduation, he enlisted in the U.S. Army and proudly served his country for four years, two of which he spent in Germany, protecting our country’s nuclear weapons.  During his time in the service, he met many people who would become his lifelong friends. Neil was a member of the Forest Preston American Legion Post in Onaway where he was recently elected vice commander. Following his honorable discharge from the Army, Neil attended Delta College where he earned his associate degree in machining, His daughter, Alicia, has followed in her dad’s footsteps, attending Delta College to earn her associate degree in nursing.

Neil was a very family-oriented man and a hard worker.  He was hired by Perfecto Industries of Gaylord where he worked as a tool and die machinist for 27 years.  He also owned and operated Cruse Machine Craft doing small jobs on the weekends. Neil enjoyed reading and watching television. He especially loved hunting with his son, Zack, and brother, Scott and was excited at the thought of teaching his grandchildren to hunt and nurturing in them a love for the outdoors.

In 2016 on May 21st, Neil married his longtime friend, Bobbi Precour.  They had gone to high school together and had always kept in touch.  Surviving Neil is his wife, Bobbi, of Onaway; children, Josephine (Donaven) Garza of Alpena, Alicia Cruse of Vanderbilt and Zackary “Zack” Cruse of Onaway; his wonderful grandchildren, Donaven Garza, J

Neil was preceded in death by his father, Earl Cruse; grandparents, Leonard and Celeste “Penny” Cruse; uncles, John and Rick Hosking; and by his special friend who was like a second father, Kenneth Repke “Pops.”

As were Neil’s wishes, no funeral service will be held and cremation has taken place. A Celebration of Life to honor Neil will be held at Tower Hall from 2 – 6 p.m. Friday May 20. Arrangements were in care of Chagnon Funeral Home.