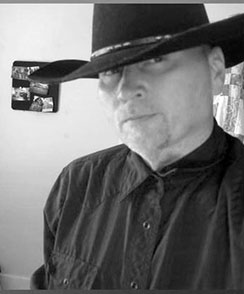 He was born August 27, 1969 in Rogers City to Robert and Sharon (Bellmore) Wolgast.

Rick was a friend of many. He was always so giving. He cared about his community deeply. He worked hard and played harder. Rick was always the guy you could call if in need.

He was never afraid to make a joke, even if that meant Facebook jail. He was a loving and caring Papa. He raised his sons to be strong and fight for what they believe in.

Rick even swore that he could drive better than Burt Reynolds and take out Mike Tyson – his ambition was always appreciated. Rick had a good life, full of love and laughs. He will be missed. This town is just a little smaller without his personality.

Rick was preceded in death by his father, Robert Wolgast and his stepfather, Roger Hein.

Friends may visit at the Beck Funeral Home Friday, June 24, from 11 a.m. through time of his funeral at noon.

Memorials may be given to the Wolgast family.