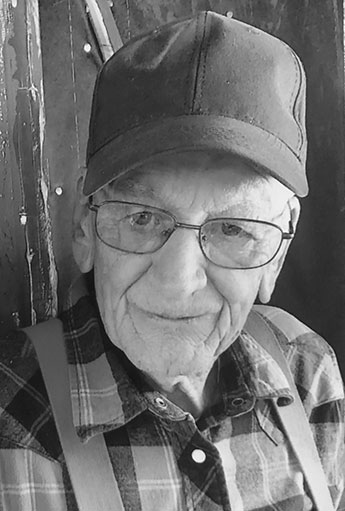 Born in Onaway August 18, 1939, Carl was the son of Raymond Sr. and Blanche (Winsor) Bailey. As a young man, Carl left the Onaway area to take a job with General Motors Truck and Bus (GM) where he worked as a painter.

The last few years of his career with GM, Carl spent working in maintenance before retiring in 1991. Shortly after retirement, Carl and his family moved from Lake Orion back to his roots, to his boyhood home in Onaway, Bailey’s Hole. Not one to sit idle, after retirement, Carl began working with his brother, Junior, and good friend, Gary Price, doing small wiring jobs for family and friends. They three made a great team and had a lot of fun working together.

Being raised in northern Michigan, Carl had a love for the great outdoors and enjoyed hunting and fishing. He spent a great deal of time in his garage where he was always tinkering on something. Up well before the sun, Carl would put on a pot of coffee in the garage while it was still dark. His buddies would start arriving shortly thereafter to share the latest goings-on and talk about the day ahead.

It was usually the same group of guys, but all were welcome for these daily sessions and a hot cup of coffee. He enjoyed woodworking, wrenching on motors, and listening to bluegrass music. Carl often ended his day in his favorite chair watching “Jeopardy” and Vanna White on “Wheel of Fortune.” Carl had a strong faith in God and attended Joy Community Church.

Carl was quite a character with his quick-wit and smart-aleck comments he often made. With his great sense of humor, he loved a good prank and a good comeback. A bit jumpy, Carl startled easily. Much to the amusement of his family and friends, a smack on the behind, a tap on the shoulder, or a loud crash or bang, would elicit a frantic response from Carl. With swinging arms, fists flying, and the colorful array of expletives that went along with these frenzies, one thing was for certain; it wasn’t wise to sneak up on Carl Bailey! He had a mischievous grin, a wonderful laugh, and knew how to embellish a story just enough to make it delightful.

Carl was loyal and loved his friends like family. He was

a devoted husband to Jeannette and a supportive and loving father and grandfather. As a brother, the ties that bound Carl to his siblings couldn’t be separated. He loved his nieces and nephews, “The Bailey Boys,” who he thought the world of, as they did of him. Carl will be sadly missed by his daughter, Dottie Jo Bailey-Loy and her husband, Jason Loy; grandsons, Jacob and Christian; great-granddaughter, Melody; a sister, Phyllis Armstrong of Tower; his nieces and nephews; as well as special friends who were like grandsons, Chase and Mike Coss, both of Onaway.