Janet Ann Rondeau, 77, of Cooks, passed away at UP Health Systems Marquette, July 12, 2022.  She was born October 19, 1944, in Alpena, the daughter of Edward Andrew and Helen (Szymanski) Stema. She attended school in Posen, graduating with the class of 1963. 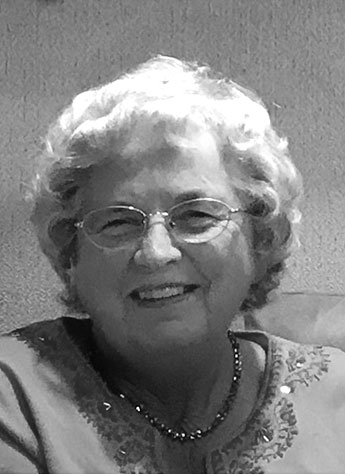 Janet married the love of her life (they were rarely apart) Terry Gordon Rondeau in Posen October 26, 1963.   Janet was a dedicated wife, mother and grandmother. She enjoyed cooking, canning and baking.  She was known for her U-pick strawberries, blueberries and raspberries at Rondeau’s Ruff Acres, and enjoyed taking her produce to a number of farmers’ markets and her roadside stand. Janet spent the greater part of her life in Cooks. She was a devoted Jehovah’s Witness and attended Kingdom Hall in Manistique. Every morning Janet and Terry read a Scripture after breakfast.

She may have gone to your home encouraging you to read the Bible. Janet was friendly, fun to be with, had a great sense of humor and was very down-to-earth. She cherished her children, grandchildren, and great-grandson.

seven grandchildren, Natalie, Morgan, Tyler, Dylan, Devin, Tony and Trace; and a great-grandson, Jaxen.  She was preceded in death by her parents, Edward and Helen Stema; and a brother, Kenneth Stema.

Celebration of Life will be available via zoom Saturday, August 6, through the Kingdom Hall at the Inwood Township Hall at 1 p.m. with a luncheon to follow at 2 p.m.  Memorial contributions in Janet’s name may be sent to the St. Jude Children’s Research Hospital.

Fausett Family Funeral Homes of Manistique is assisting the family with arrangements. Online condolences may be posted on their website at www.fausettfh.com.