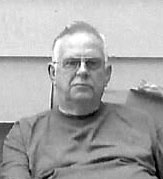 One of his fondest memories shared over the years was when he was a kid and a World War II war-bond drive held here had amphibious DUCK vehicle rides out into Lake Huron and another when he was asked to help out on the Karsten’s Dairy Farm under the watchful eye of Lewis Karsten and his wife Anna Marie who showed Jim a strong work ethic, family structure, and most of all a genuine kindness towards him that he never forgot and was always grateful for receiving. He worked three years for the Bradley Transportation Line including time on the Carl D. Bradley and later moved to Flint when he worked for Burton Heating as a service tech in heating and air conditioning in the greater Genesee County area and later retiring from Flint Sheet Metal.

He married Kay Harrison from Alpena in June of 1960 and is survived by his wife; two sons, Gary of Burton and Gerry of Flint; seven grandchildren; seven great-grandchildren; and a sister, Linda Lounsberry Oller of Swartz Creek.

He was preceded in death by brothers, William Wesley and Neil; and sisters, Mary Lee Werner and Charlene Munn.

Jim had been an avid pheasant hunter and enjoyed time taken to care for his Irish setters over the years who he was later buried with in a private service.

Memorials may be given to the Bentley Community School Athletic Dept., 1170 N. Belsay Road, Burton, MI 48509. Online condolences may be addressed through www.beckfuneralhome.org.