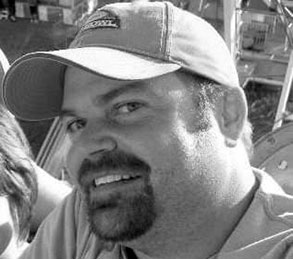 Anyone who knew Joel, loved Joel. They also knew that his care-free, fun-loving, raucous spirit, and his unparalleled toughness masked a gentle heart. There were no strangers to him, only friends that he had not yet met. He was friendly and inclusive to all, and was known for making everyone feel comfortable and cared for. Many stories have been told about Joel being a friend when people had no others.  To his close friends and family, he was loyal to a fault, and would give selflessly to help those in need. His favorite times were those spent together with family and friends.

Joel was strong, energetic, and healthy, until near the end of his life. His athletic ability was amazing. He was one of those individuals that was at least “average” in any sport, even with no prior experience, and excelled in many, with very little practice. Joel was a three-sport letterman at Inland Lakes High School (football, basketball and track and field) and held many school records. He graduated with the class of 1991. Joel was brutally strong and could seemingly do almost anything (like high jumping 6’2” – just 3 inches over his head).  He loved to compete and was loved by his teammates for his selflessness and team mentality.

Joel was a skilled carpenter and mechanic, those abilities being mostly learned from his dad. He worked in the building trades for most of his adult life. He loved all things “hands on,” from building stereo speakers in his dad’s woodshop for his friends, to rebuilding the 350 in his cherished 1969 Chevy pickup. He enjoyed helping his friends and family repair their vehicles and finish house projects too, not only because he loved the process, but more importantly because he loved helping others and teaching along the way, when he could find willing “students.”

Joel’s wild spirit was often exhibited by a “n

eed for speed” and thrill seeking, leading to adventures ranging from chasing “Impossible Missions,” to “testing” the engine and tires on his 1969 Chevy, to making sure the “power band” on his dirt bike or snowmobile were functioning properly.  Joel bore some battle scars as evidence of these adventures, but loved every minute of it.

Joel will be forever remembered for the twinkle in his eye, his ear to ear smile, and his gigantic hugs.  We will all miss him, but we should be thankful for all the great memories we have of our time with him. Joel was a shooting star that burned out too soon.

A celebration of Joel’s life will be held Saturday, June 29, 2019 at the Hide-A-Way Lodge in Indian River from 2 – 6 p.m. for friends and family.  Donations to the family can be made at gofundme.com/teamjoel.