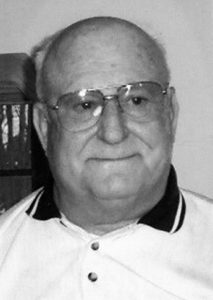 He was born July 7, 1927 in Rogers City to Theodore and Laura (Hopp) Yerks. To honor his country, he voluntarily enlisted to serve in both World War II and the Korean Conflict. After his honorable discharge from the Navy, Bob married Shirley Marx April 26, 1958 at St. John Lutheran Church.

He was an avid league bowler and was inaugurated into Rogers City’s Nautical Lanes Hall of Fame.

He enjoyed deer hunting as well as going to the Rogers City Serviceman’s Club, where Bob would meet his fellow veterans. Bob was an active member of St. John Lutheran Church. He was employed for many years at Calcite.

He was preceded in death by his wife, Shirley; two brothers,

Melvin and Jerry; and his parents, Theodore and Laura.

Visitation was at the Beck Funeral Home Tuesday, January 29, with a prayer service that evening. Visitation resumed Wednesday at St. John Lutheran Church through time of his funeral with the Rev. Kurt Lambart officiating.