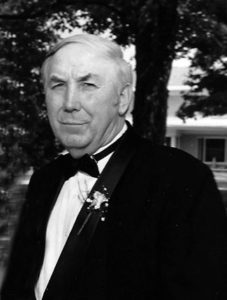 The son of Albert and Anna (McFalda) was born February 9, 1933 in Posen.  He married Yvonne Marcella Zdybel November 7, 1953, at St. Casimir Catholic Church where he was a lifelong member.

As a young man he worked alongside his father, Albert Sr.  Soon afterward he began pursuing his own farming venture with his wife, Yvonne. Styma Potato Farms which began its operation in the early 1950s continued to expand and now ships potatoes across the Midwest and Eastern United States.  Nature was Erwin’s life.  He had a love for fishing, hunting and being outdoors.  He enjoyed keeping up with current events, and new business trends. Throughout the years he donated regularly to local and state food banks.

He was preceded in death by his parents; his wife Yvonne November 21, 2015; three children, Dennis, William and Sandy; a granddaughter, Amber Styma; two brothers, Jim and Paul; and a sister, Lucy Skudlark.

Memorials may be sent to St. Casimir Catholic Church and the Food Bank of Eastern Michigan 2300 Lapeer Road, Flint, Michigan 48503.