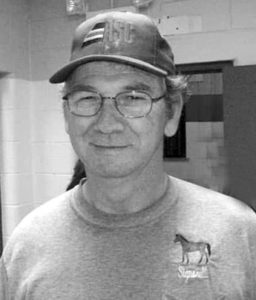 He was born November 13, 1950 in Cheboygan, the son of Thomas and Mildred (Fitch) Leach. He married the love of his life, Donna Tulgetske, June 23, 1973 at the Millersburg Methodist Church.  Dale was a decorated soldier who served in the United States Army as a sharpshooter and door gunner, receiving two Purple Hearts while overseas in Vietnam.

Dale loved everyone; from his family and friends, to his community, and even strangers. He was a member of North Country Baptist Church and the Fraternal Order of Eagles in Millersburg.  Dale was one of the founding members of the Case Township Fire Department and First Responders. For 30 years he served as a wildland firefighter with the Michigan Department of Natural Resources and spent countless hours volunteering his time wherever help was needed.  Dale dedicated his life to helping others.

He was an avid outdoorsman who loved going to the local roundtable to drink coffee with friends and his grandchildren. He enjoyed bowling, horses, going to the casino, and sighting eagles and Christmas lights. Most importantly, Dale engrained into his children and grandchildren the importance of God and family and the will to never give up.

Dale is survived by his wife of nearly 46 years, Donna Leach of Millersburg; his daughter, Rebekah (Rob) Bacon of Kingsley; his sons, Tom Leach and Bryan (Angie) Leach, both of Millersburg; the grandchildren he adored,  Thomas, Niki, Russell, Alexis, Seth, Miah, Amand

a, London and Brooklyn; and his great-grandson, Briar Dale.

Visitation was held at the Chagnon Funeral Home Monday, May 20. Dale’s funeral and military honors were at North Country Baptist Church in Millersburg Tuesday.  The Rev. James Brabson officiated. Dale’s final resting place is in Millersburg at Riverside Cemetery. Those planning an expression of sympathy please consider a donation in memory of Dale to his family.