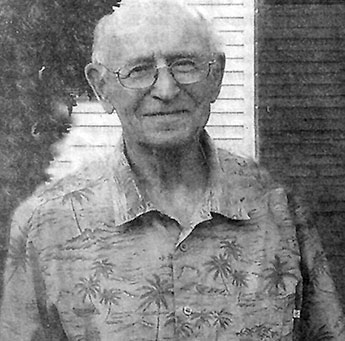 On May 1, 1944 he married Phyllis Mae Newhouse at St. Francis Xavier Cathedral in Alexandria, LA. Ed served in the United States Army during World War II. He was a member and past Grand Knight of the Fourth Degree Council of the Knights of Columbus, a member of the EDC, a founding member of the Rogers City Area Senior & Community Center, Ed retired from the post office after 39 years of service as postal supervisor. He enjoyed being loved by his family. Mr. Mulka enjoyed woodworking and winters in Texas with the love of his life, Mae.

He was preceded in death by; his parents, Stanley and Victoria; his wife, Phyllis Mae; five brothers, Lawrence, Paul, Leopold, the Rev. Raymond and the Rev. Arthur; and four sisters, Cecelia Lewandowski, Blanche Daas, Irene Heinzel and Louise Mauti.

Interment took place at the Mt. Calvary Catholic Cemetery.
In lieu of flowers, memorials may be given to St. Ignatius Catholic School in memory of Edwin Mulka. Online condolences may be addressed through www.beckfuneralhome.org.