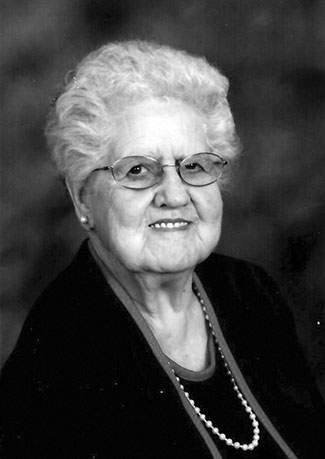 She was born June 6, 1926 in Rogers City to George and Leona (McLalin) Feldhiser.

Esther married Erhardt Schaedig January 6, 1945 at Immanuel Lutheran Church in Moltke. She was the cook at the Presque Isle County Jail for 13 years.

She was preceded in death by her husband Erhardt in 1991; parents, George and Leona; two brothers, George and John; and two sisters, Leota and Florence.

Visitation and funeral was Monday, August 12, at Immanuel Lutheran Church with the Rev. Phillip Phifer officiating.

Memorials may be given in Esther’s memory to Immanuel Lutheran Church, St. John Radio Fund or a charity of your choice.