Susan “Suzie” Kay Plume, 71, of Presque Isle, left her earthly body behind Friday, August 16, 2019 to be with the angels and the love of her life and husband of 40 years, Rich. With a son on either side of her bed, she passed peacefully at her home after a monumental battle with breast cancer. 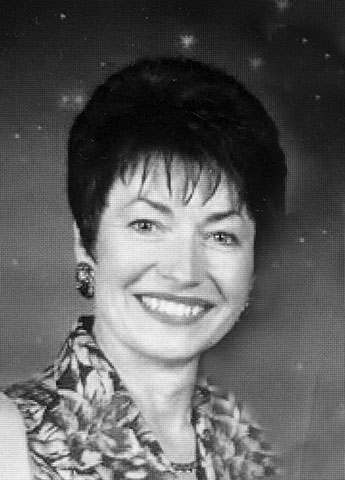 Everyone who was lucky enough to know Suzie knew her to be a person of 100 percent kindness that never spoke an ill word of anyone. Her mission in life was to help others feel the best they possibly could.

In her younger years she and Rich were hard to keep indoors as they planned their free moments to be on the water or in the woods whenever not spending time with family or friends; while their favorite was combining the two activities as much as possible. As they welcomed two sons, Zachary and Jason, into their family, they continued their passions of living an active life outdoors.

Frequently, the family would embark on road or boat trips (sometimes both at the same time) and be gone for sometimes over a month. Somehow, despite the two young boys and cramped quarters, Sue was able to maintain order as well as keep everyone clean and fed as the miles rolled by.

As her rheumatoid arthritis took away some of her physical abilities, she then increased her efforts to helping others. Anyone mentioning an ailment to either themselves or a loved one, could expect a plethora of information on potential solutions to their problems. From thinning eyebrows to cancer, she had ideas and by golly she made it her mission to share them!

Surviving her is her loving sister, Jane (Jim) Mulka whom she cherished deeply; also, her sons, Zachary (Tabetha) Plume and Jason (Mandi) Plume; and grandchildren, Breanna, Dailen, Allie and Berklee. In addition, she had many close friends and family that she deeply loved and appreciated. She was loved by both humans and animals and will be missed and remembered by all. <

Sue was preceded in death by her husband, Richard and her parents, Tony and Tilly.

In lieu of flowers, the family asks that donations be made by those interested to the Presque Isle Council on Aging (piccoa.org) where services provided (by her good friend Leanne) helped her live out her goal of never having to move from her home.

Friends may visit at the Beck Funeral Home Saturday, September 21, from 1 p.m. through time of her memorial service at 2 p.m.