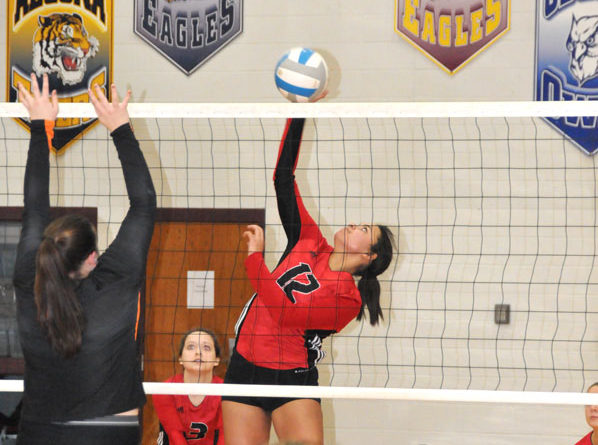 Local News
November 7, 2019November 26, 2019 Editor
It was the ninth district championship for the Onaway volleyball program Thursday night at the Division 4 tournament in Hillman.
It was a district trophy the Lady Cardinals were highly favored to win and checked another box with a sweep of Posen, 25-11. 25-7 and 25-21.
The Cards have won the Ski Valley Conference and the county tournament in recent weeks and now will be going for a regional title at Cheboygan High School. The Cards take on conference foe, Pellston, at 5:30 p.m. Fans from both towns will not have far to travel for this match up.
Head coach Steve Watson and his players are not happy with just a district title. They want more.
“You can always fall back and say we won a district,” said Watson. “We talk about doing the other things, winning regionals and quarters, and all that. You are going up against another team that does not want their season to end, either. So, you are getting everybody’s best shot we have to return it.
“From here on out, if we don’t come out to play, we are going home and starting basketball the next day.”
All the stats and details will appear in next week’s edition. 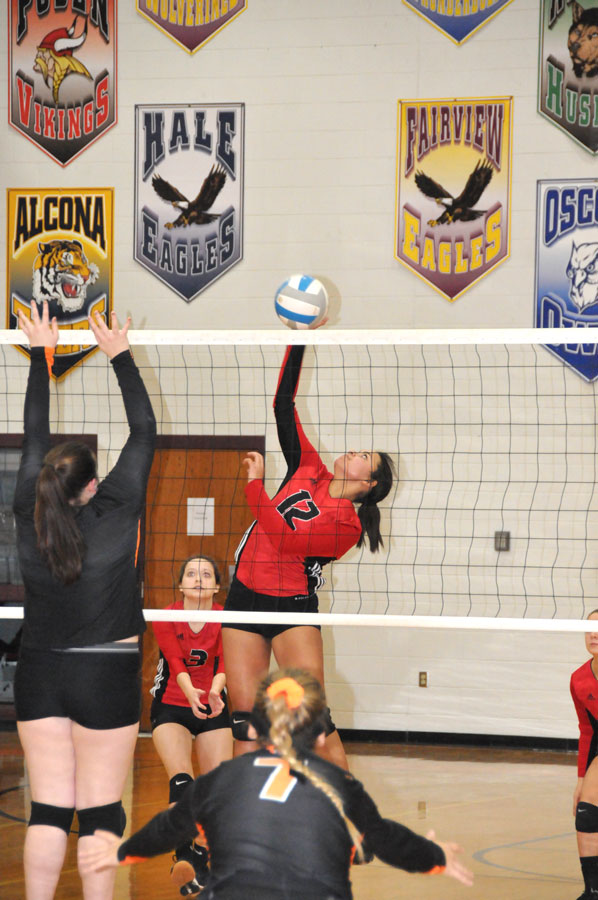