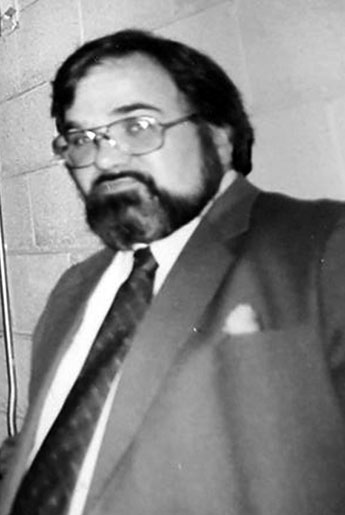 The son of Karl and Mary (McKinnon) Daniels was born October 14, 1943 in Rogers City. He graduated in 1961 from Rogers City High School.

On August 20, 1966 he married Sally Glomski at St. Ignatius Catholic Church in Rogers City.  Together they began their married life in Gaylord and he worked for Georgia Pacific Plant.  In 1970 they moved back to Rogers City and made their home.  He began sailing for U.S. Steel after 10 years he went to American Steamship Company retiring in 1996 as a second assistant engineer.

Harry’s greatest place to spend his time was Grand Lake, going for boat rides and sitting by bonfires. He was a people person enjoying friends and family and keeping them all entertained with his one-of-a-kind witty personality. For several years he was a member of the 700 Club so that the boys could hunt and enjoy the comradery of camp life.

Surviving are his wife of 53 years Sally, three children, Rob (Claudia) Daniels of

He was preceded in death by his parents; three sisters, Shirley Pierce, Peggy Grigg and MaryAnne Morley; and a brother, Karl Daniels.

Visitation and memorial Mass were Monday, November 18, 2019 at St. Ignatius Catholic Church with the Rev. Rolando Silva officiating.  Online condolences may be sent to hentkowskifuneral.com.