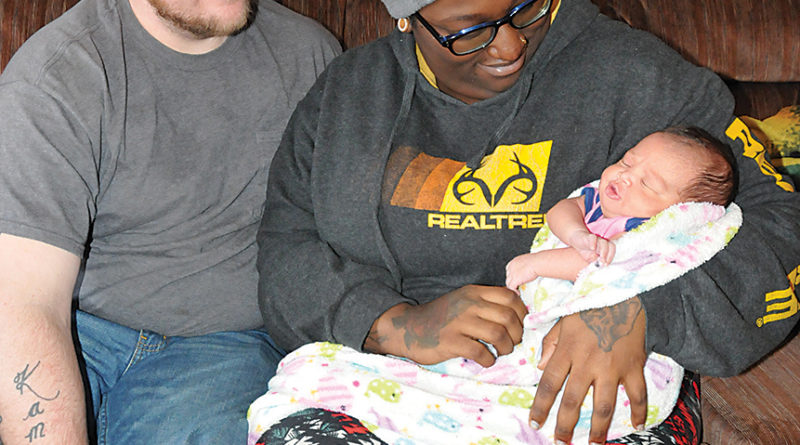 There were several phone calls and emails that came in after last week’s edition of the Presque Isle County Advance/Onaway Outlook was published, but it was Boheme that came into the world a little ahead of the other babies, Jan. 10 at 10:20 a.m. She was born at Munson Medical Center in Traverse City.
The daughter of Benjamin Eagleson and Alexus Johnson, who live along Orchard Street in Rogers City, Boheme weighed 7 pounds, 2 ounces and measured 20 inches.

“She was supposed to have been born Jan. 17, but because I have gestational diabetes, (doctors) wanted to deliver her a week earlier,” said Al 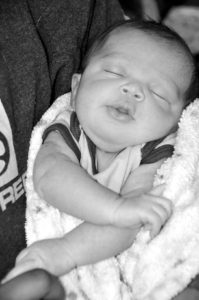 Mother and child were doing well in the days since the planned cesarean section birth and even better with the notoriety that comes from having the county’s first baby of 2020.

“Our family loves her,” said Alexus. “The older two are always excited about her, as well as the younger ones.” She is quiet and good natured, Alexus said.

The unique name stems from the Italian opera, “La Boheme,” that inspired the popular musical, “Rent.”

“We kept it a secret until she was born,” said Benjamin. “I like the name.”

er 16th birthday, but it’s something that appears to run in the family.

Many terrific prizes have already been awarded the young couple. There are gift certificates from many eating establishments across the county. Plus, there are assorted odds and ends that the parents of a newborn can only appreciate, such as a pack of diapers.

“We are truly grateful for the community we have to honor our family with the prizes given to us,” said Benjamin.