Gertrude “Gertie” Dembny, 98, of Posen, died peacefully January 12, 2020 with her family at her side. A kind and generous soul, she was the fifth of 13 children born to Stanley and Rose (Rygwelski) Wozniak. She was a devoted wife to Edward “Eddie” Dembny who preceded her in death in 1993. 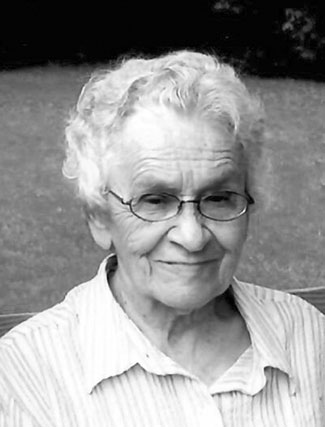 She was a loving mother to Norman (deceased in 1968), Ann (deceased in 2017) and Rose. She was a gracious mother-in-law to Jerry Tolsdorf and Paul Gryniewicz; and a proud grandmother of five grandchildren, Shannon (Scott) Heide, Jason (Shelly) Tolsdorf, Nicole (Mark) Bajis, Amy (Joe) DiCresce, and Kristy (Paul) Allison. She also had 10 great-grandchildren.

urke (Lori) Wozniak, all of Posen; and a host of loving in-laws, nieces and nephews, great-nieces and great-nephews, godchildren, friends and neighbors. She brought joy to many people during her life that lasted nearly a century.

Arrangements are in care of the Beck Funeral Home.
Online condolences may be addressed through www.beckfuneralhome.org.