Mary Louise “Lou” Hampton, 77, of Alpena, formerly of Rogers City, passed away Monday, January 6, 2020, after a brief illness at the Mid-Michigan Medical Center of Alpena. 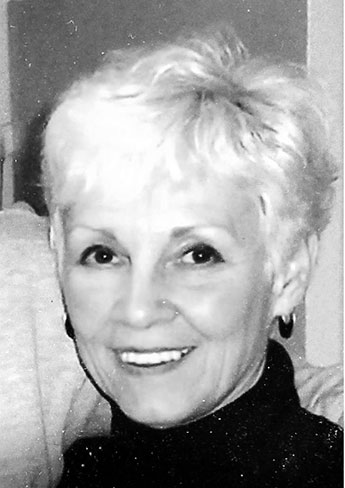 On March 10, 1942, Mary Louise or “Lou” (as she was affectionately known to her friends, family and anyone who came to know her) was born to the late Edward A. and Lillian Aleda (Dault) Hanner in Highland Park. Soon after graduating from Alpena Central Catholic School, she married her high school sweetheart and best friend Donald “Don” Hampton October 1, 1960, at St. Catherine Catholic Church. They were blessed with 47 years of marriage before Donald preceded her December 24, 2007.

In 1967, Lou and Don purchased a grocery store known as “Mr. Ed’s IGA” in Rogers City. They worked side by side for many years nurturing the business that eventually led to its expansion into the town’s Mariners’ Mall. They dedicated themselves to actively serving the Rogers City community through civic organizations and anonymous acts of kindness all while raising their five very active sons. After pursuing other grocery and restaurant business interests the couple retired in 2004 and moved to The Villages, Florida. They loved spending time together on their many adventures and traveling to see family or to be with friends.

They both found great delight in being involved in the lives of their grandchildren and were always there for their family to offer them encouragement, support and love.

She was preceded in death by a sister, Susan Hanner; and a brother, Charles Hanner.

Family and friends may gather for visitation at Karpus-Hunter Funeral Home Friday, January 17, from 6 until 8 p.

m. with a family eulogy celebrating Lou’s life beginning at 7 p.m. Visitation will continue Saturday, January 18, at St. Anne Catholic Church of All Saints Parish from 10 a.m. until the memorial service at 11 a.m. with the Rev. Joe Muszkiewicz officiating.

Inurnment will be St. Catherine Cemetery.

The family wishes to extend their deep gratitude to the staff of Turning Brook in Alpena, Michigan for their loving care.

Memorials may be made to the Alpena, All Saints Parish, St. Catherine Catholic Church in Ossineke or to the donor’s favorite charity in memory of Lou.