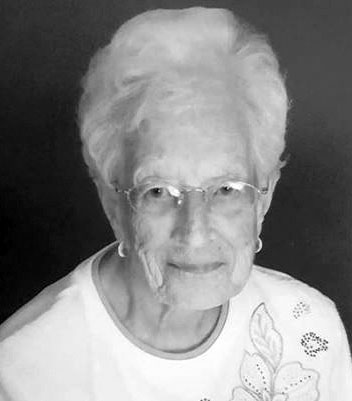 She was born in Alpena September 19, 1918 when the first World War was nearing its end.  Margaret was raised on a farm in Millersburg and graduated from Onaway High School. She continued her education at County Normal and began her career as a teacher, later earning her bachelor’s degree from Central Michigan University.  While teaching in Lapeer, Margaret met Earl Haskill through mutual friends.  They married October 25, 1949 and a few years later moved to the farm in Millersburg where Margaret was raised.

An excellent teacher, Margaret was understanding, caring and a good listener.  She had high expectations for her students and touched many young lives during the 23 years she taught at Millersburg Elementary School. Margaret enjoyed cooking, gardening and homemaking. She was a skilled seamstress and a talented musician.  A worldwide, traveler, Margaret enjoyed visits to Australia, New Zealand, the Scandinavian countries, Europe and the Far East as well as traveling throughout the United States.  She absolutely loved Alaska, returning there several times. Strong in her Christian faith, Margaret was a longtime member of the Millersburg Methodist Church where she served as the church organist for many years, taught Sunday school and was involved with United Methodist Women.

Despite never knowing her mother who died days after Margaret was born and the loss of her husband when they had so much living to look forward to, Margaret was grateful for all God’s blessings upon her 101 years. The challenges she faced and overcame, help shape Margaret into the incredible woman that she was. Gentle, kind-hearted, soft-spoken, nurturing, fiercely independent, hardworking, adventurous, honest, confident, positive, happy, interesting and thankful are some of the traits that made Margaret so wonderful.  A loving mother and grandmother, Margaret beamed with pride when she talked about her family and never quit worrying about them, even in her final days. Margaret’s love for her family, her faith i

n God and her inspirational strength will be fondly remembered.

Margaret’s family will receive friends at the Millersburg Methodist Church Saturday, January 18,  from 10 a.m. until the time of the memorial service beginning at 11 a.m.  with the Revs. Yoo Jin Kim and Carmen Cook officiating.  Margaret’s final resting place will be in Millersburg at Riverside Cemetery. Those planning an expression of sympathy please consider a donation in memory of Margaret to the Millersburg Methodist Church.