Theresa Ann Purol, 94, of Posen passed away peacefully at home surrounded by her family January 2, 2020. 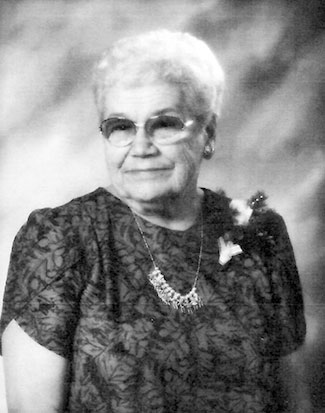 She was born March 31, 1925 in Posen to Stanley and Rose (Rygwelski) Wozniak.

Church until time of Mass with the Rev. Arthur Duchnowicz officiating.

Burial will take place in the spring at St. Casmir Catholic Cemetery.

Memorials may be given to Posen Area Fire and Rescue or Hospice of Michigan in memory of Theresa Purol.

In honor of Theresa’s long lineage with the Purol family, those attending her funeral are encouraged to wear pearls to represent the “String of Purols.”