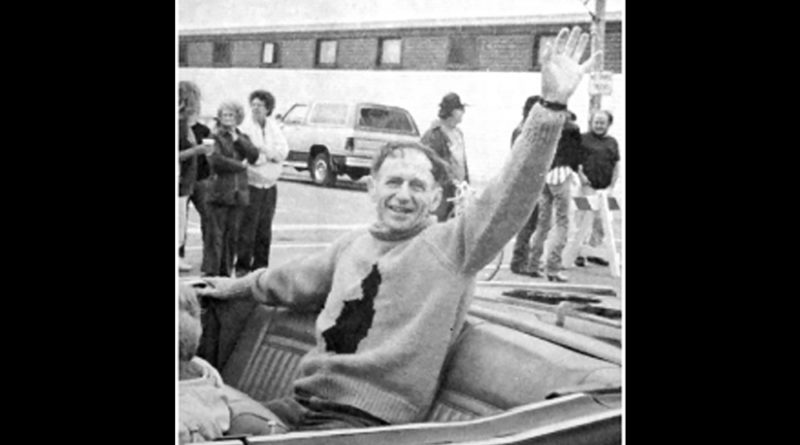 The Bill Barrett Invitational wrestling tournament returns to Rogers City High School in a big way Saturday. Named for the founder and father of Rogers City wrestling, the tournament will feature eight teams in two pools of play wrestling on four mats in the gym.

“You will wrestle the teams in your pool and then come out of your pool and wrestle two more matches to decide the overall champion. It will be a full day of wrestling at Rogers City High School,” said coach Rob Kortman. “It should be a good day and should move fairly quickly with the four-mat system.”

He encouraged anyone to come watch and support the local wrestlers beginning at 10 a.m.

Last Saturday the team competed in the Northern Michigan Championships at Gaylord, an individual-formatted event that featured teams from 29 schools. Wrestlers had to win their first match of the day in order to qualify for the medal-round. If they lost their first match, they could continue to wrestle, but could not earn a medal.

Rogers City had one medal-winner, as the top six in each weight class earned the honor. Hayden Hentkowski, a freshman competing at 103, took fourth place.

“He has a good record going this year. Some of his wins that he has had he has surprised a few people,” said Kortman.

Clayton Henry, at 171 and Anthony Paull, at 160 each won their first matches and both came away with a seventh-place finish. Both were 2-2 on the day.

“This is a big, big tournament, probably the toughest tournament we will go to all year,” Kortman said. “There was really good competition.”

The coach called the day a good learning experience for the team, especially as the season winds down. In the Onaway team-district tournament Feb. 12, Rogers City will wrestle Charlevoix in one-half of the bracket while Onaway takes on Pellston in the other. The winners will square off for the district title and the chance to host the team regional the next week.

The individual districts are set for Feb. 15 at Ishpeming Westwood High School.