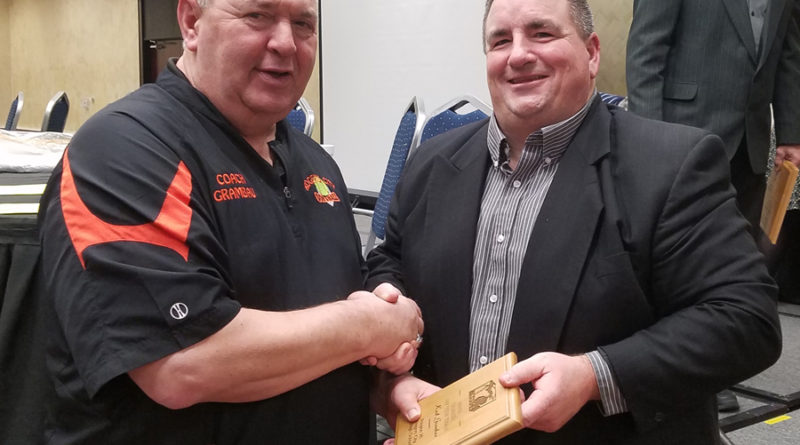 Tom Calnen, president of the Michigan High School Softball Coaches Association,  presented Rogers City High School varsity softball coach Karl Grambau the award for 2019 regional coach of the year. It was the fourth straight year Grambau has received the award and the sixth time in the last seven years he has earned this honor.

“To me this award honors are whole program for our accomplishments throughout the years,  I want to thank all of my assistant coaches and all of our players for their efforts in making our softball program the best it can be,” Grambau said.

Entering his 19th season as head coach, Grambau’s teams have a record of 462-155 (.749) and have made the state final four five times. The 2004 team was state runner-up and the 2014 team won the state championship. Last year’s team made the final four, losing in the semifinals to eventual state champion Unionville-Sebawaing Area. 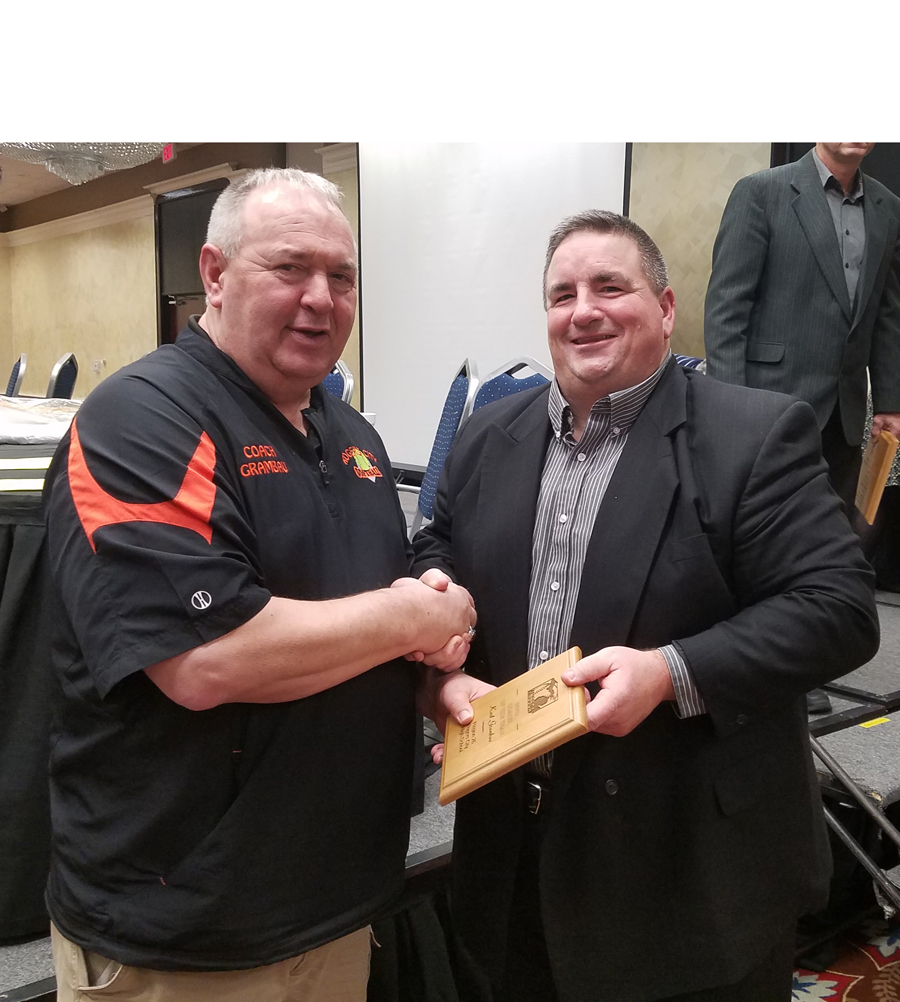