Clarence A. Zwolinski, 90, of Rogers City, passed away Thursday, October 22, 2020 surrounded by his family. 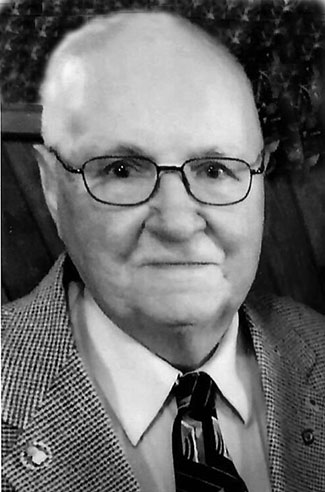 When Clarence turned 18 he joined the Army and served in the Korean War. After the service he worked in Toledo, Ohio as an electrician repairing freighter motors. He then moved up to the Upper Peninsula where he worked in the quarry for several years. He worked for Erkfritz Plumbing, Detour school system then was transferred to Rogers City where he worked on the new high school. From there he worked in maintenance for the Rogers City Hospital, where he met his loving wife Patricia (Marquardt) Mulka and they were married October 24, 1970. He and Patricia raised their blended family of 11 children. Clarence retired after 28 years at the Rogers City Hospital.

In retirement, he enjoyed watching his grandchildren grow. He also loved woodworking in his shop and bird-watching. He became a fourth degree knight and was a member of the Posen Knights of Columbus Council No. 6657 where he was heavily involved.

Visitation was at the Beck Funeral Home Sunday where the fourth degree Knights of Columbus recited the rosary followed by the parish prayer service. Visitation resumed Monday at St. Casimir Catholic Church in Posen until time of Mass with the Revs. Arthur Duchnowicz and Stan Bereda officiating. Rogers City Veterans of Foreign Wars Post 607 offered a military tribute at church following Mass.

Memorials may be given to St. Dominic Catholic Church, 4th Degree Chalice Fund or McLaren Hospice in memory of Clarence Zwolinski.