Robert “Bruce” Haywood, 75, of Rogers City, passed away peacefully on the morning of October 24, 2020 at his home surrounded by family. 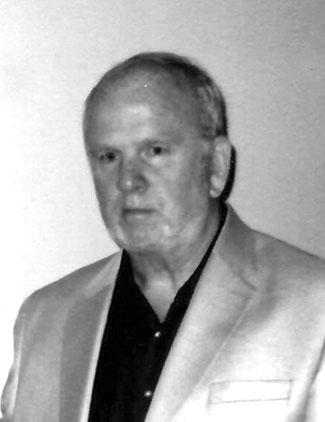 He was born December 26, 1944 in Detroit to Hillard and Eleanore (Carkeek) Haywood.

Bruce is survived by his wife of 55 years, Katherine “Katie”; his sons, Eric and Jeffrey and Jeffrey’s wife Maria, along with his grandchildren Christa and Kyle. He is also survived by a brother, Barry and his wife, Judy.

He relocated to Rogers City area in the 1990s after coming up fishing and falling in love with the people, the land and the fishing. He was an avid salmon fisherman, a world-renowned duck decoy carver, conservationist, former president of Michigan Duck Hunters Association, and deer hunter who loved to be outdoors.

He graduated from Mumford High School (Detroit) in 1963, from R.E.T.S. in 1965 along with completing a variety of technical and trade schools. He was a very talented and accomplished individual capable of building or repairing anything he wanted to and had the ability to excel at whatever he desired to do.

He started working as a truck driver for an oil packaging firm in Detroit, within a few years he was the plant manager and eventually was promoted to vice president of operations. His final career achievement was writing the ISO 9000 protocols for the company.

He was dedicated to his family and always made time for his loved ones and managed to pass his love and respect for the outdoors onto future generations.

He was a positive role model for his children and a good teacher of his skills. Summer always included family trips, which will remain forever cherished memories to his loved ones. Often these ventures were centered around some form of outdoor activities.

He enjoyed attending sporting and other events his grandchildren participated in. He was a dedicated member of his church. Often seen spending hours working to compile playlists for the services despite failing eyesight.

He was a generous benefactor to many and never sought praise for his good deeds, to him it was

just the right thing to do. Over the years he has helped many people, from family to friends and neighbors, and even lending a hand to complete strangers.

Friends may visit at the Beck Funeral Home Friday, October 30, from 5-8 p.m. Visitation will resume at Trinity Lutheran Church in Ocqueoc Saturday from 10 a.m. until time of his funeral at 11 a.m.

Memorials may be sent to Trinity Lutheran Church in Ocqueoc, Michigan Parkinson Foundation or Hospice of Michigan in memory of Robert Bruce Haywood.