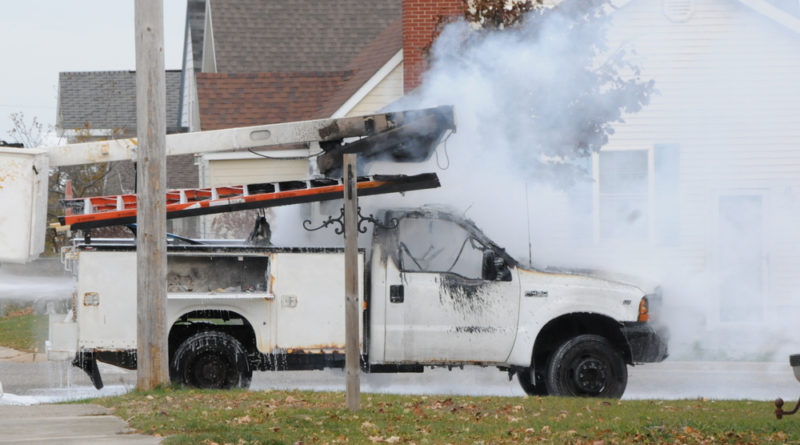 Quick action by firefighters extinguished a service truck fire this morning in Rogers City. A 9-1-1 call came in around 9:30 a.m. (Thursday, Nov. 5) sending emergency personnel to the corner of Huron Avenue and First Street for a fully engulfed truck fire. Witnesses observed smoking coming from the vehicle and said the driver exited safely before firefighters arrived moments later. The fire department had the fire out shortly after they arrived, but the flames spread quickly destroying the truck.

The fire occurred two blocks from the fire hall, making for a quick response by emergency workers. A brisk wind out of the west kept flames from hitting nearby residences. It appeared there were no injuries but the truck looked to be a total loss. 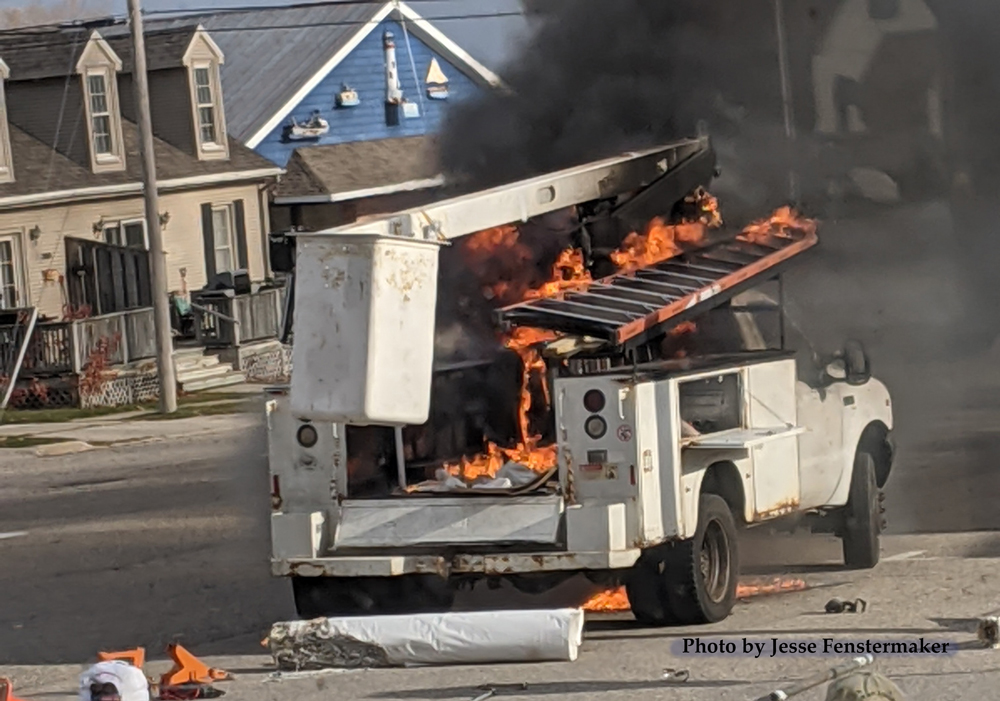 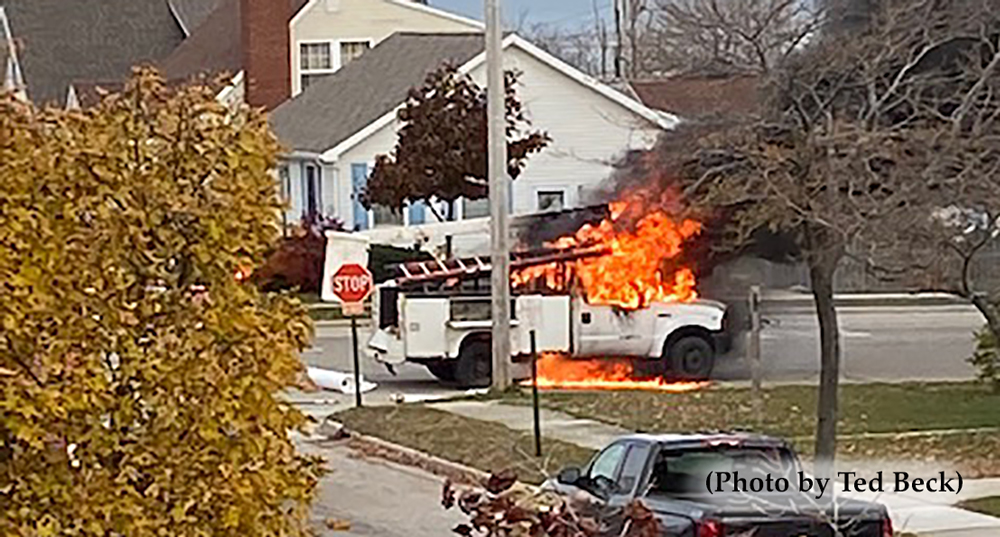 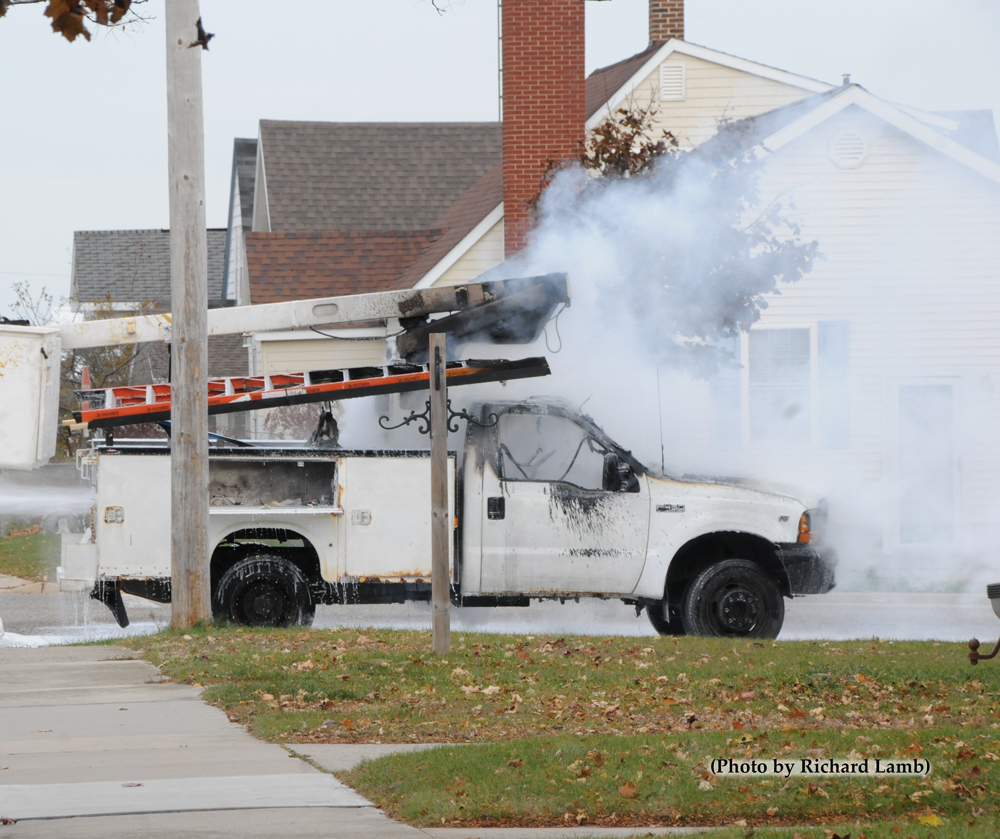 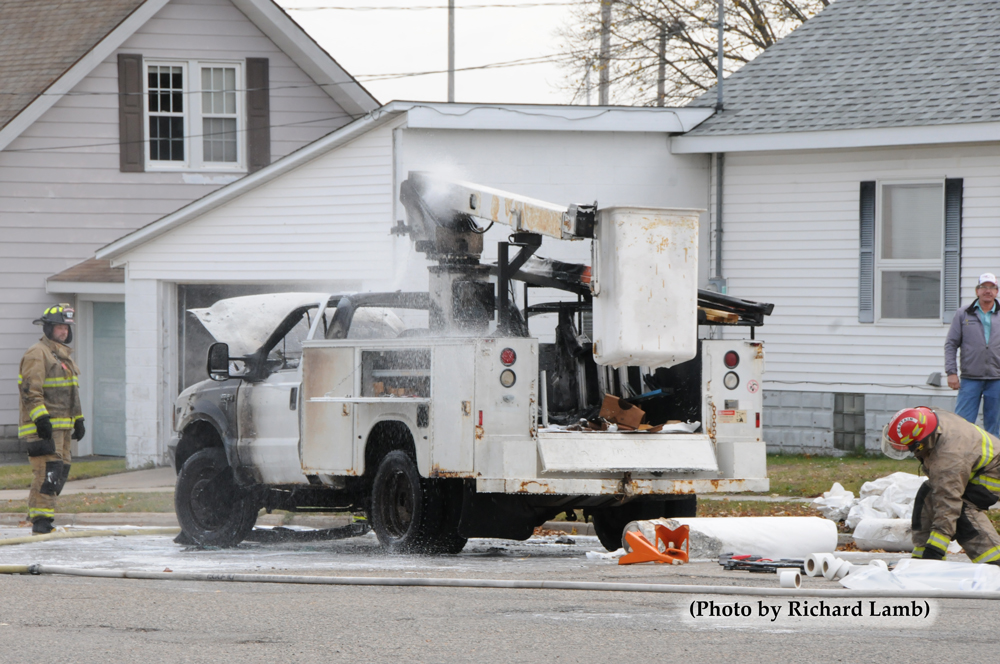