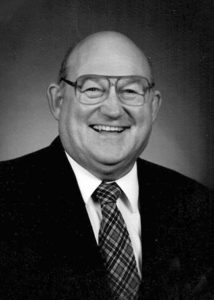 He was born August 6, 1932 in Rogers City to Arthur and Renata (Meyer) Getzinger Sr.

Art married Beth McLennan February 3, 1962 in Rogers City. He attended Alpena Community College where he earned an associate degree. Art served in the United States Air Force for four years during the Korean War. He worked for 35 years for Michigan Limestone and was also the owner/operator of Getzie’s Satellite and TV.

Art coached Little League for eight years and started the Rogers City Bears Peewee Football Program. He and one of his sons, Jac moved and helped renovate the old gazebo in Westminster Park.

Arthur served on the parks and recreation committee for Rogers City, Ducks Unlimited, the Optimists, the Masons and Westminster Presbyterian Session and Board of Deacons.

Arthur was preceded in death by his parents, Arthur Sr. and Renata; dearly loved son and grandson, Jay Arthur and Andrew Ronald.

A Celebration of Art’s Life will take place in August 2021.

Memorials may be given to Westminster Presbyterian Church, Hospice of Michigan or a charity of your choice.

Arrangements in care of the Beck Funeral Home.